The White Temple of Chiang Rai

Wat Rong Khun was by far one of the most unique temples we visited in Thailand — it is also one of Thailand’s newest. Construction began in 1996 and is not due to be completed until 2070!

This unusual temple was quite the surprise during one of our stops on the way from Chiang Mai, Thailand to Luang Prabang, Laos.

We traveled to Luang Prabang by way of what is commonly referred to as “the slow boat from Chiang Mai to Luang Prabang.” However, the boat part of the equation doesn’t enter in until you get to the border of Thailand and Laos. You can piece this trip together yourself by taking a series of land transport, arranging the visa yourself at the border, then buying a ticket when you arrive at the pier.

Lori and I originally talked about doing the trip this way, but were enticed, yet again, into buying a joint ticket from a travel agent in Chiang Mai. This actually ended up being one of our better experiences doing this and we were quite happy after the fact that we did it this way. However, it really is hit or miss with travel companies, and regardless of what any body says, there are not assigned seats on the boat, so if a good seat is what really matters to you, doing the journey on your own would afford you the flexibility of arriving as early as possible. But I’ll go into greater detail with the process in the next post.

Typically with a joint ticket from Chiang Mai to Luang Prabang the journey takes 3 days. The entire first day merely consisted of shuttling us overland from Chiang Mai to the border town of Chiang Khong on the Mekong River where we spent the night. We had two options at the travel agent: A morning mini bus leaving around 11am with a lunch stop at a cashew factory and then a 30-40 minute stop at the White Temple in Chiang Rai, finally reaching Chiang Khong around 3-4pm –or– an evening journey leaving around 6p or 7p and traveling direct to Chiang Khong with a midnight arrival. We opted for the day journey with the cashew factory and White Temple stops. 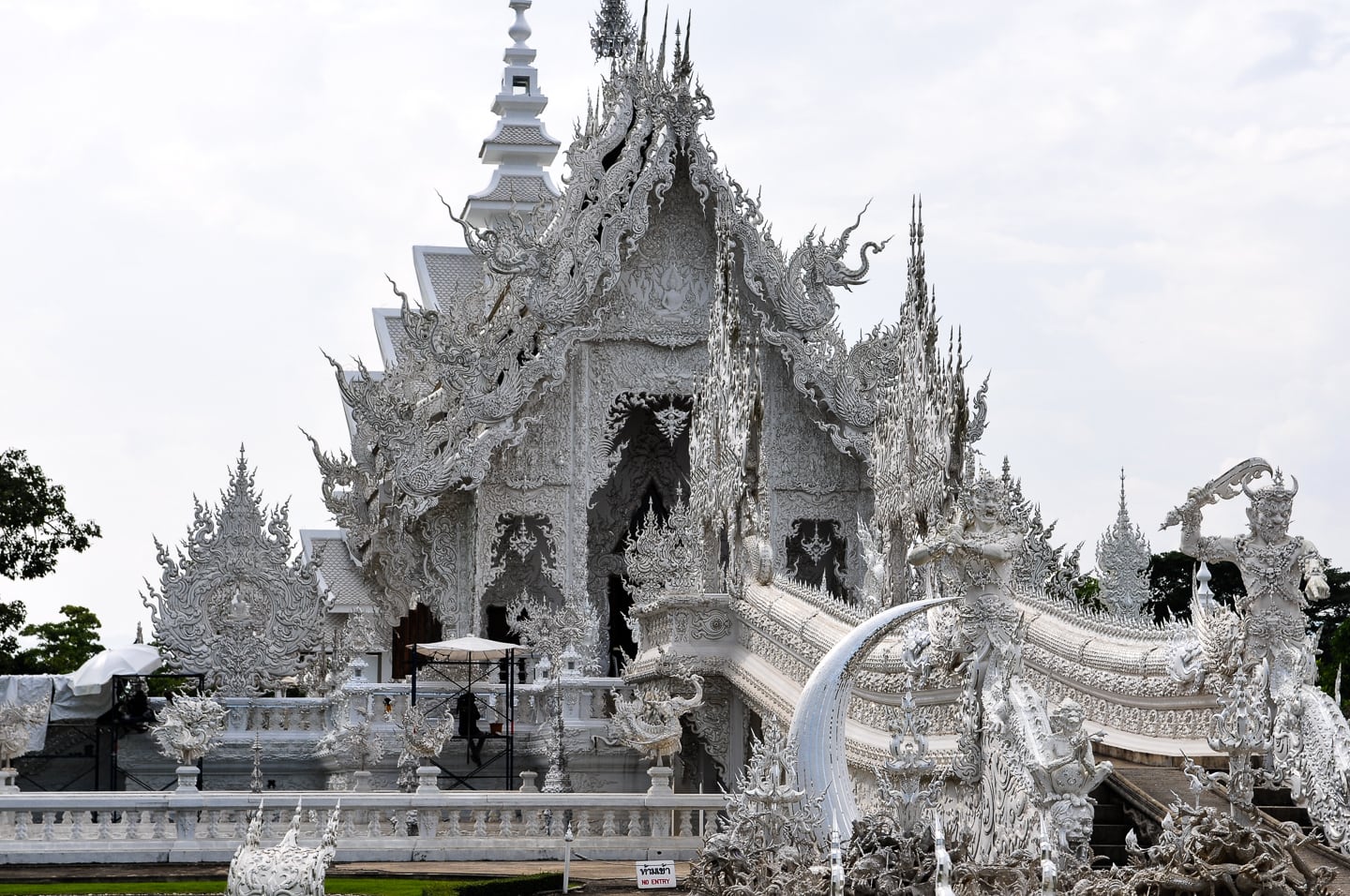 Wat Rong Khun was quite likely the most unique temple we visited in Thailand — it is also one of Thailand’s newest. The temple was designed by famed Thai artist and provocateur Chalermchai Kositpipat. Construction began in 1996 and is due to be completed in 2070. Much more than just a religious structure, Wat Rong Khun also serves as a powerful commentary on contemporary culture — both the good and the bad.

I tried not to add too many captions to the photos opting rather to leave them — as Kositpipat left his original creation — open to interpretation. 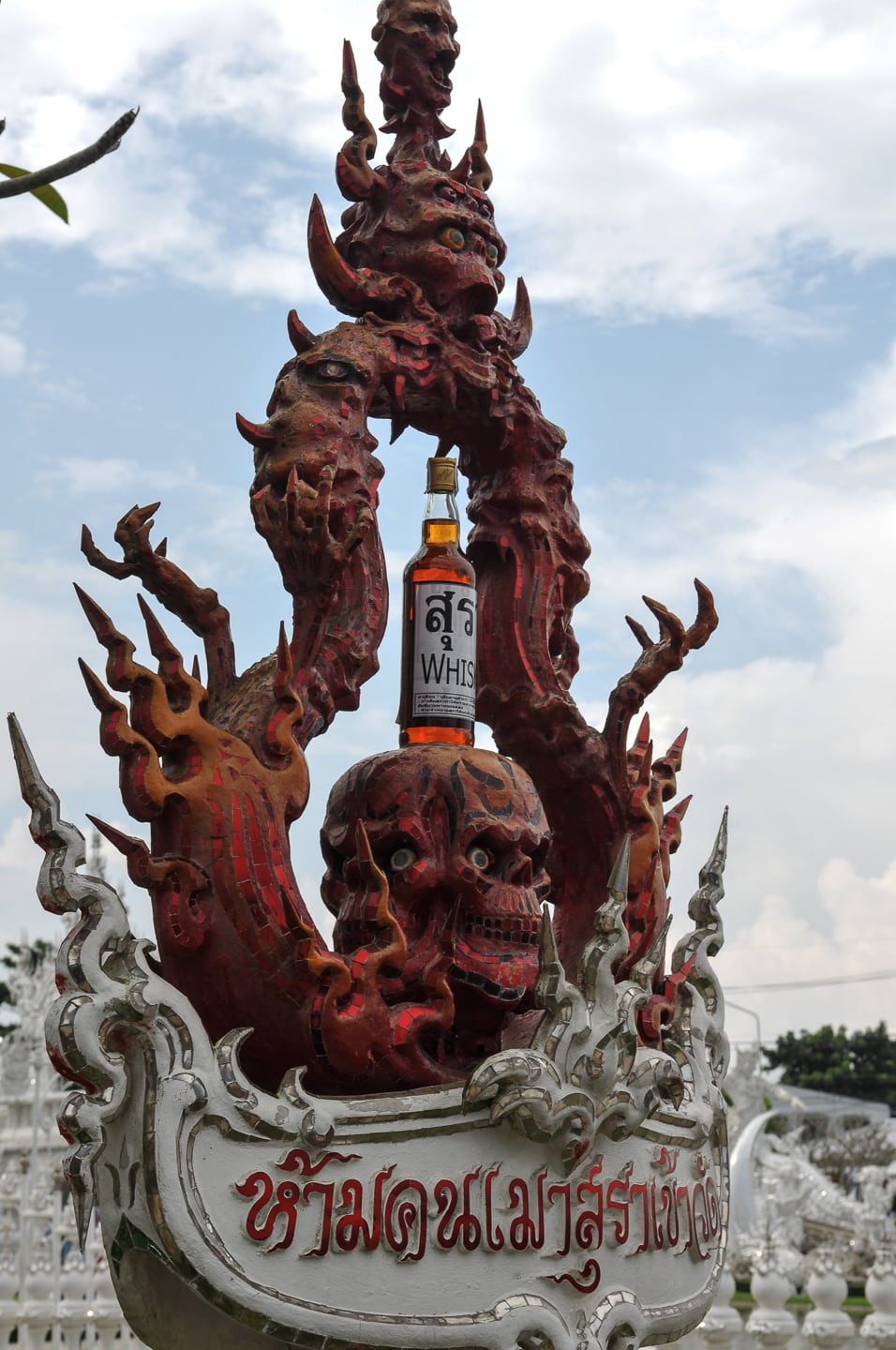 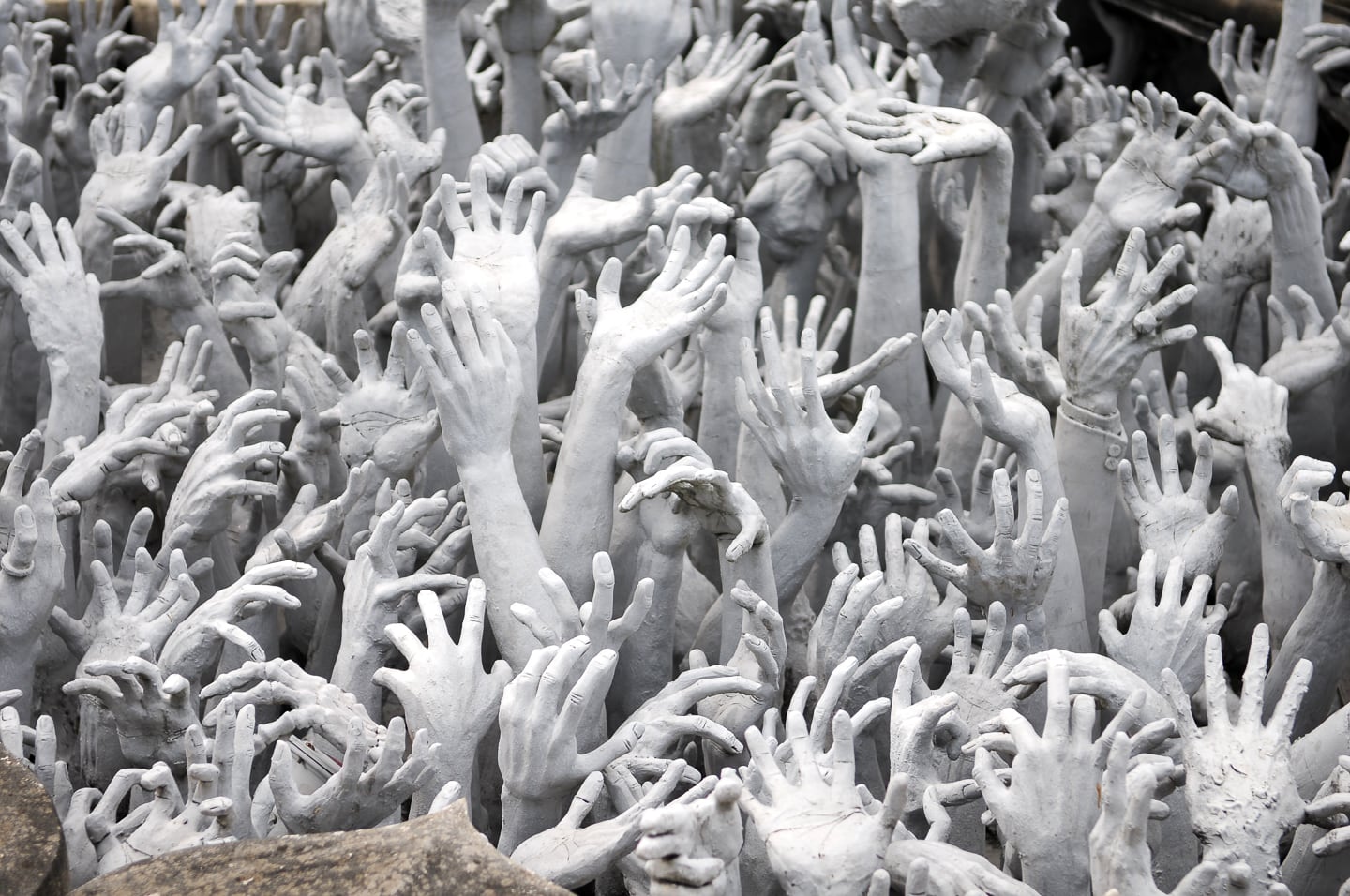 It is hard to tell by the photos, but the entire structure (at least the finished sections) are covered in tiny little mirrors which produce a crystaline effect in the sunlight. We saw two workers cementing the tiny mirrors one by one during our visit, which may constitute at least part of the reason for the very, very long anticipated project duration. The section in the photo below has not yet been covered by mirrors.

Other peculiar buildings and artwork are also scattered about the temple grounds with more being add daily. It looks like one day it will by quite the sprawling temple grounds jam-packed with all sorts of intriguing oddities paying tribute to Buddhist philosophy, art and belief. 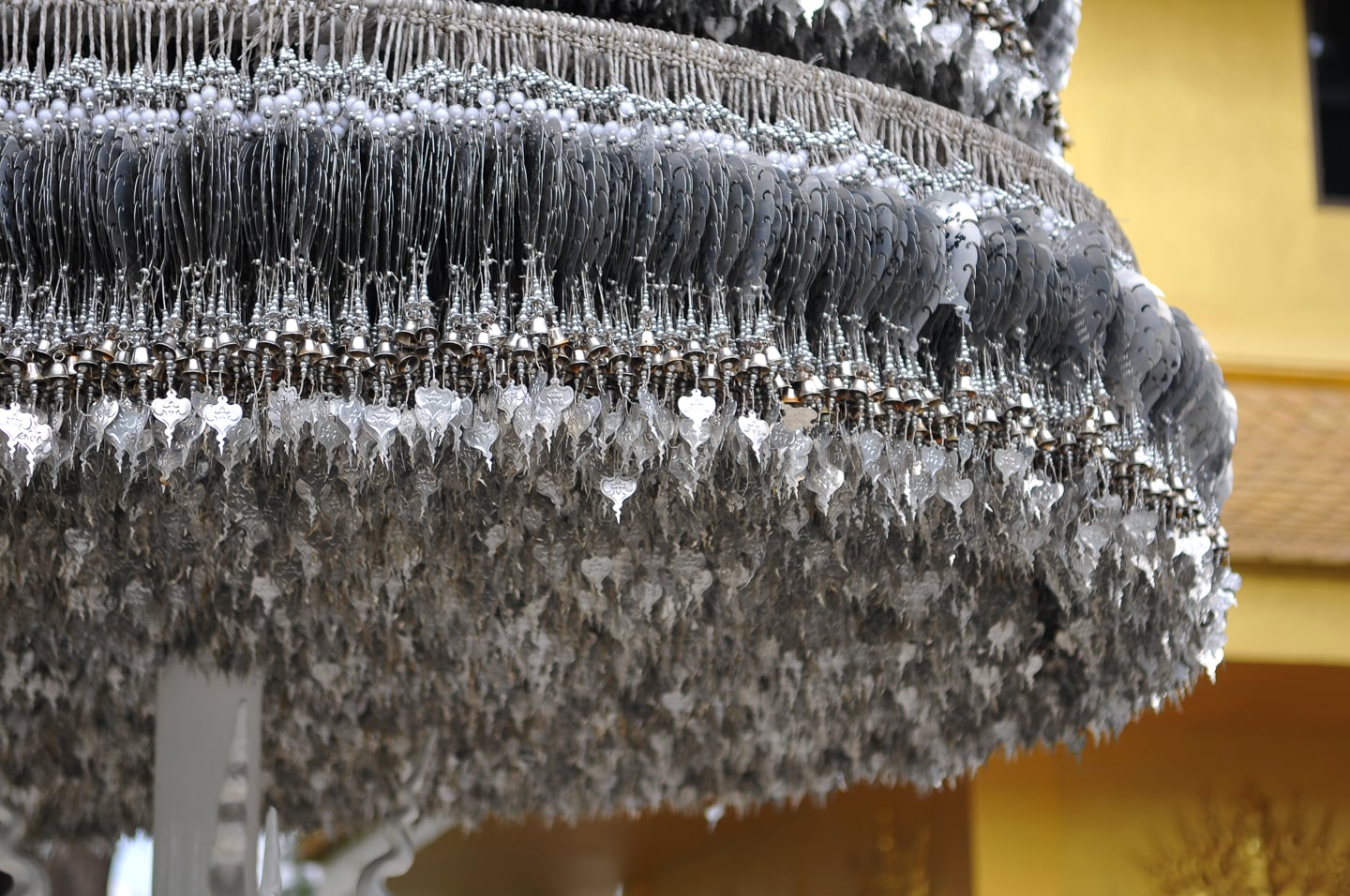 The restrooms were quite fascinating to say the least — awash in gold leaf and gold paint, they were certainly one of the highlights of our stop.

Hello! Thanks for your information about the bus from Chiang Mai to Chiang Kong with stops at the cashew factory and the White temple. Do you have information on where you booked this bus service?