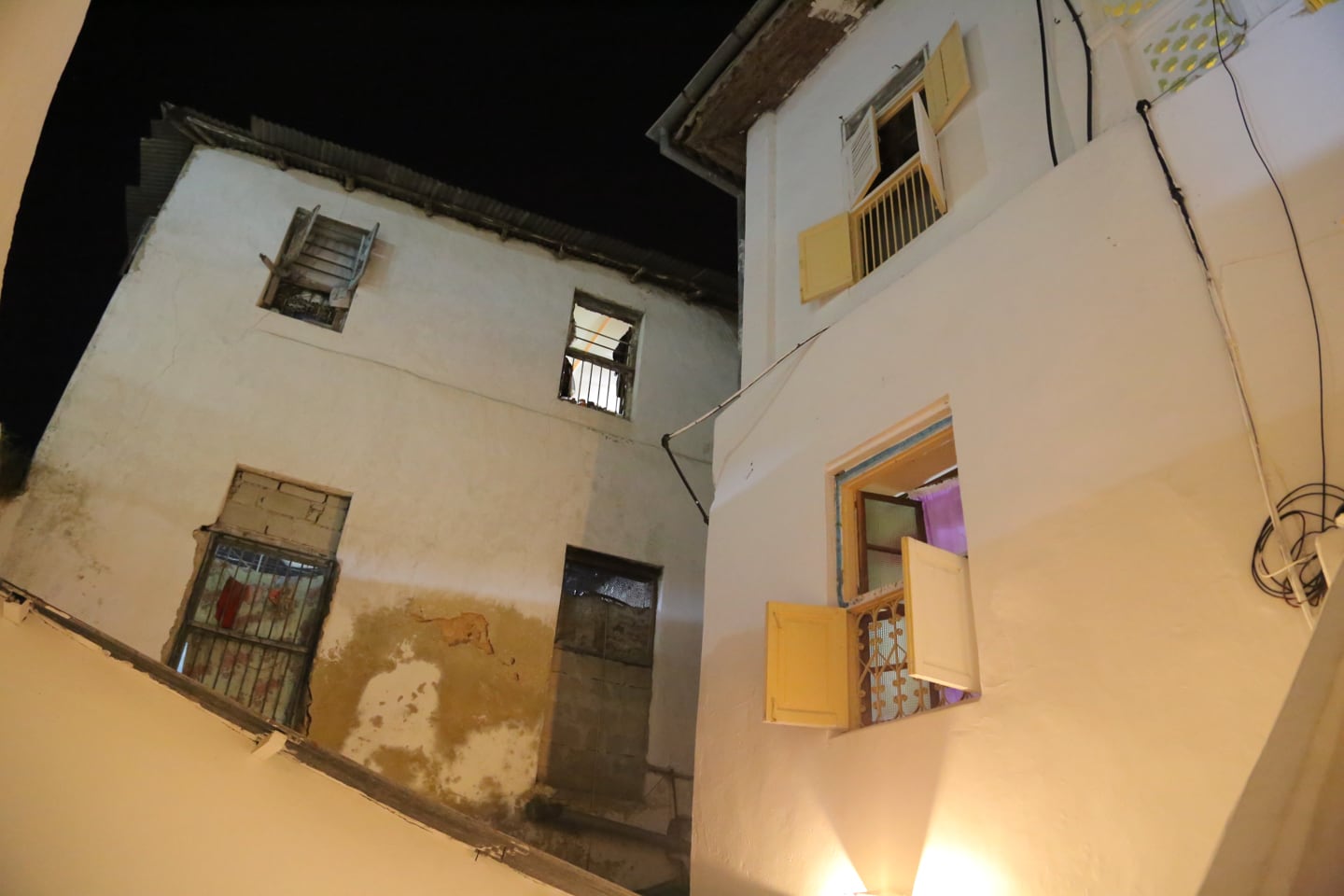 Alright, on to Zanzibar’s waterfront and surroundings! But first, our guest house:

As far as we could tell, Coco de Mer is the best budget bet in the ancient Swahili waterfront district of Shangani. This is the oldest part of town and perhaps the most interesting, and it’s central location is perfect for exploring all of Zanzibar’s most popular sights. The digs are basic (cold water showers, fan rooms), but certainly clean and adequate (mosquito nets, bedding, towels and breakfast included). Take a step outside and you’re literally in the thick of it. Walk five minutes in one direction, and there’s the old fort, House of Wonders and Forodhani Night Market, walk five minutes in another direction and you’re deep within the winding labyrinth that Mji Mkongwe (aka Stone Town) is famous for. Excellent eating options (both local and international) and craft shops also abound in this area. 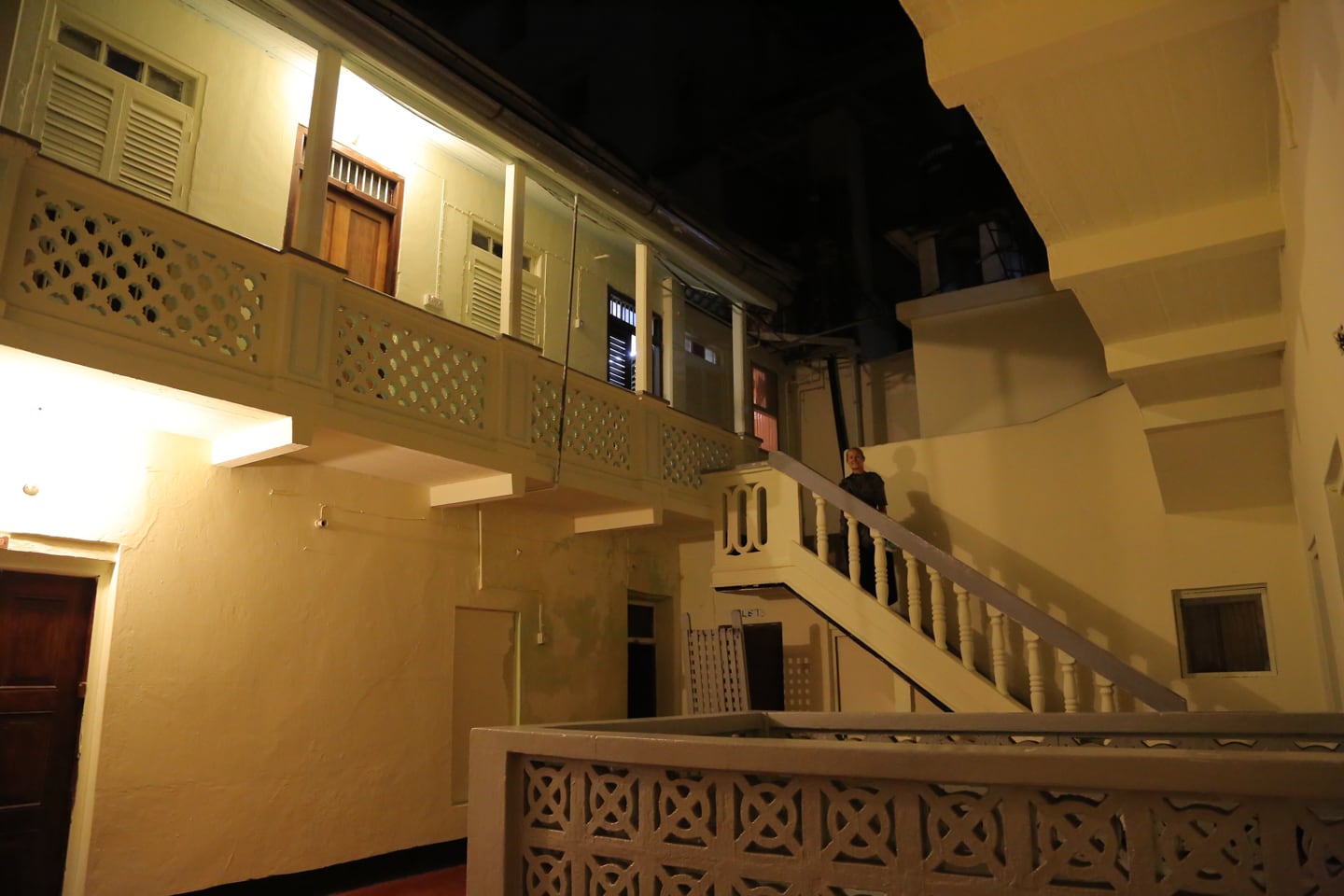 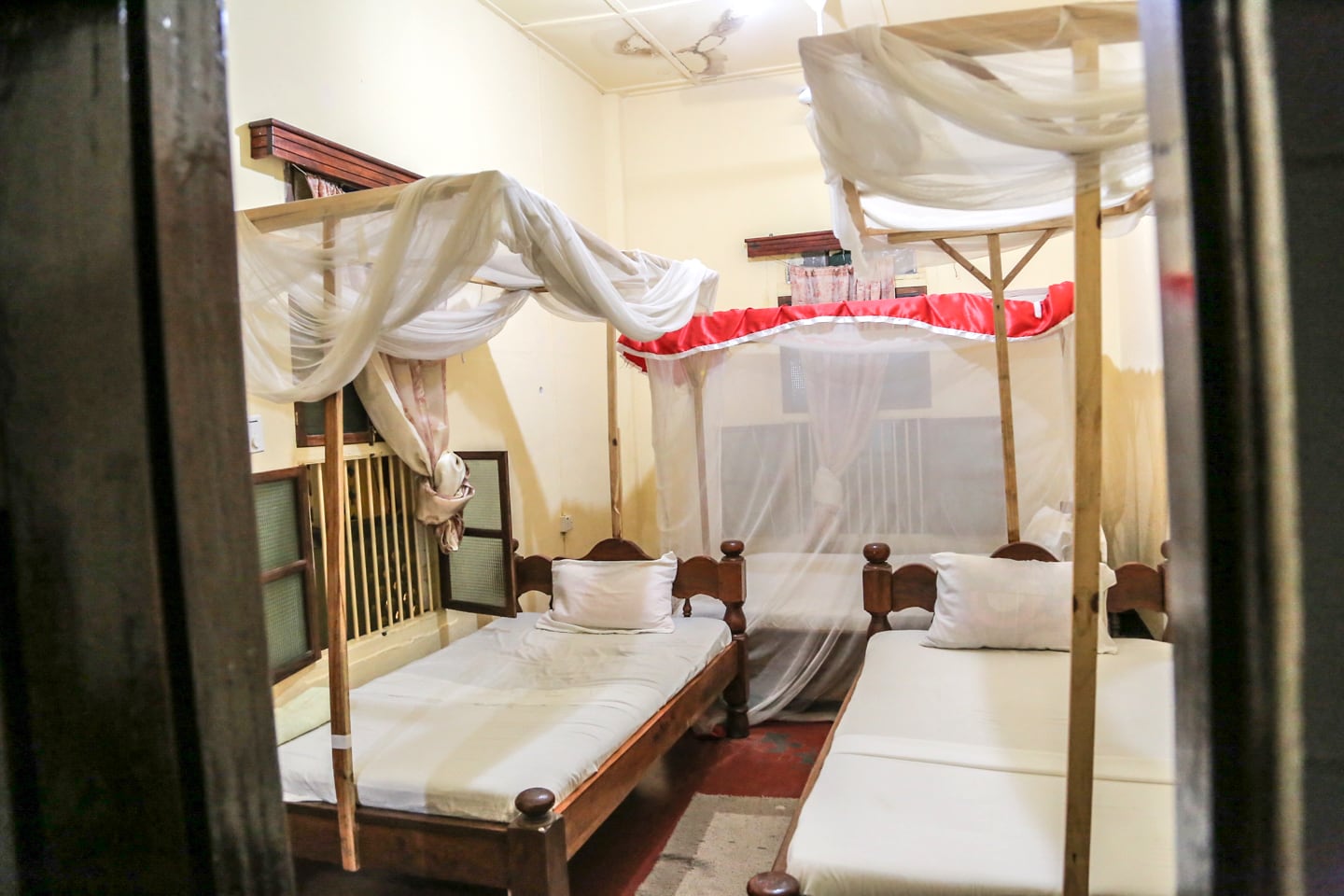 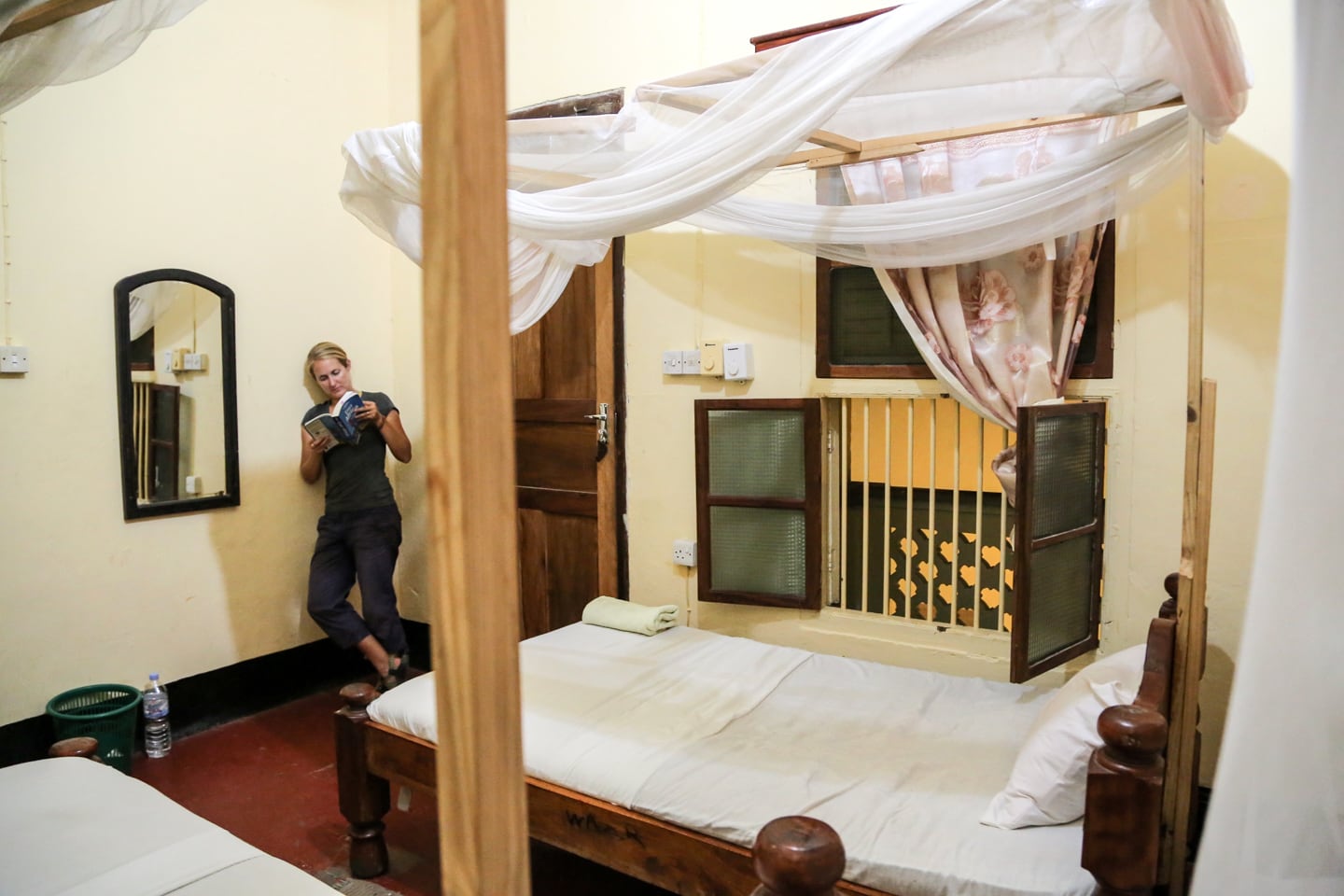 This is a pretty typical East African hotel washroom setup (and those are water stains, not dirt in the shower, the bathroom was actually quite clean). This washroom is unique because it actually has a lip, which, at some point in the past — along with some sort of shower curtain, was meant to keep the water in the shower rather than spilling/spraying out into the rest of the washroom. Generally, the shower and the washroom in this area of the world (like much of Asia) tends to be one and the same. 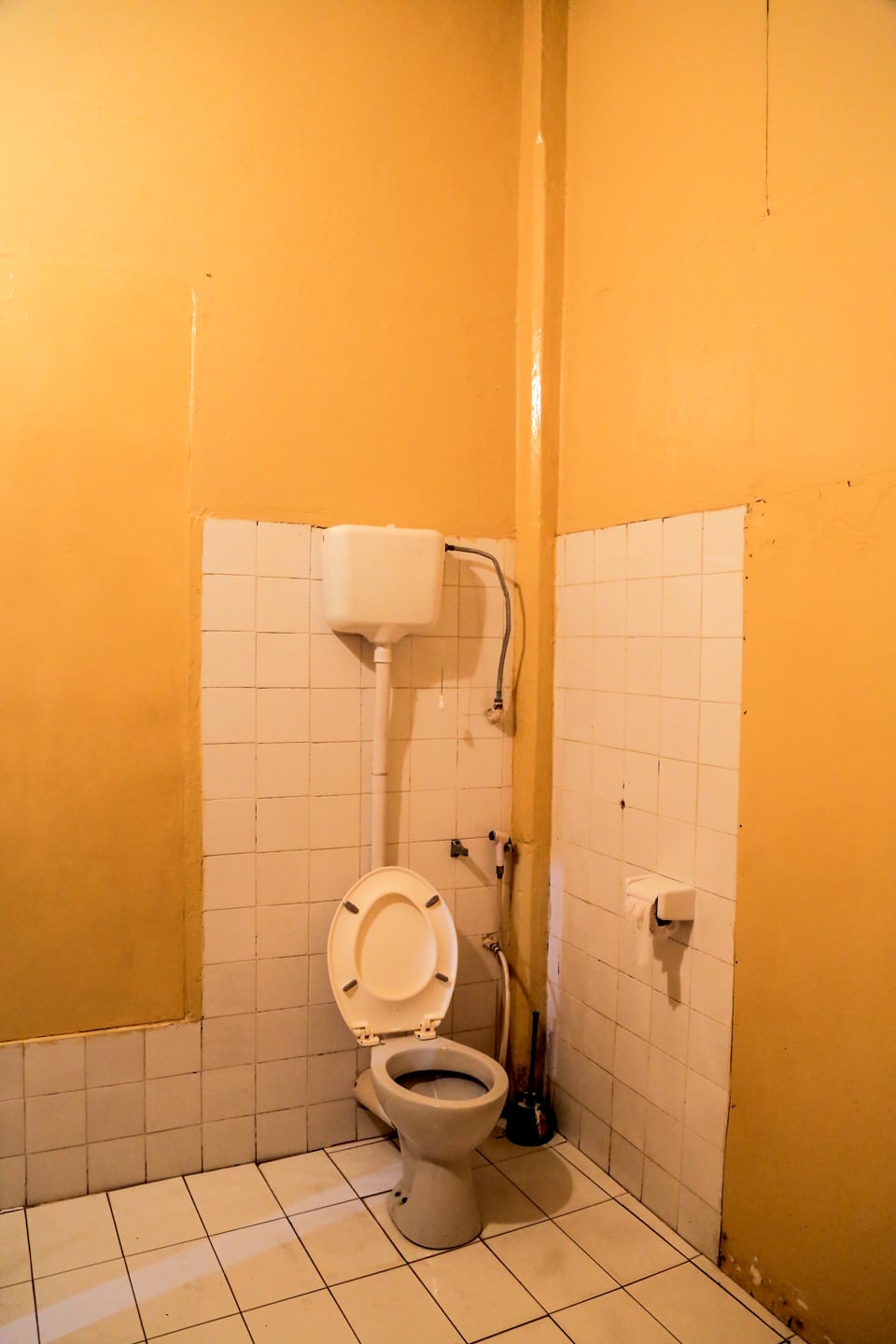 High ceilings and high toilet water tanks are also the norm, along with the butt sprayer (to the right of the toilet), sort of a handheld bidet, if you will… And no, nobody “forgot” to put the toilet seat down. The seat remains up during shower time (unless you like your toilet seat soppy).

“Breakfast Included” in East Africa can mean a variety of things, from a full English-style breakfast (2 eggs, bacon, sausage, fruit plate, toast, butter/jamp, coffee/juice), to a piece of bread and some Nescafe. Tanzania’s own Africafe (Fight the power!), besides having a great name, was actually quite delicious. 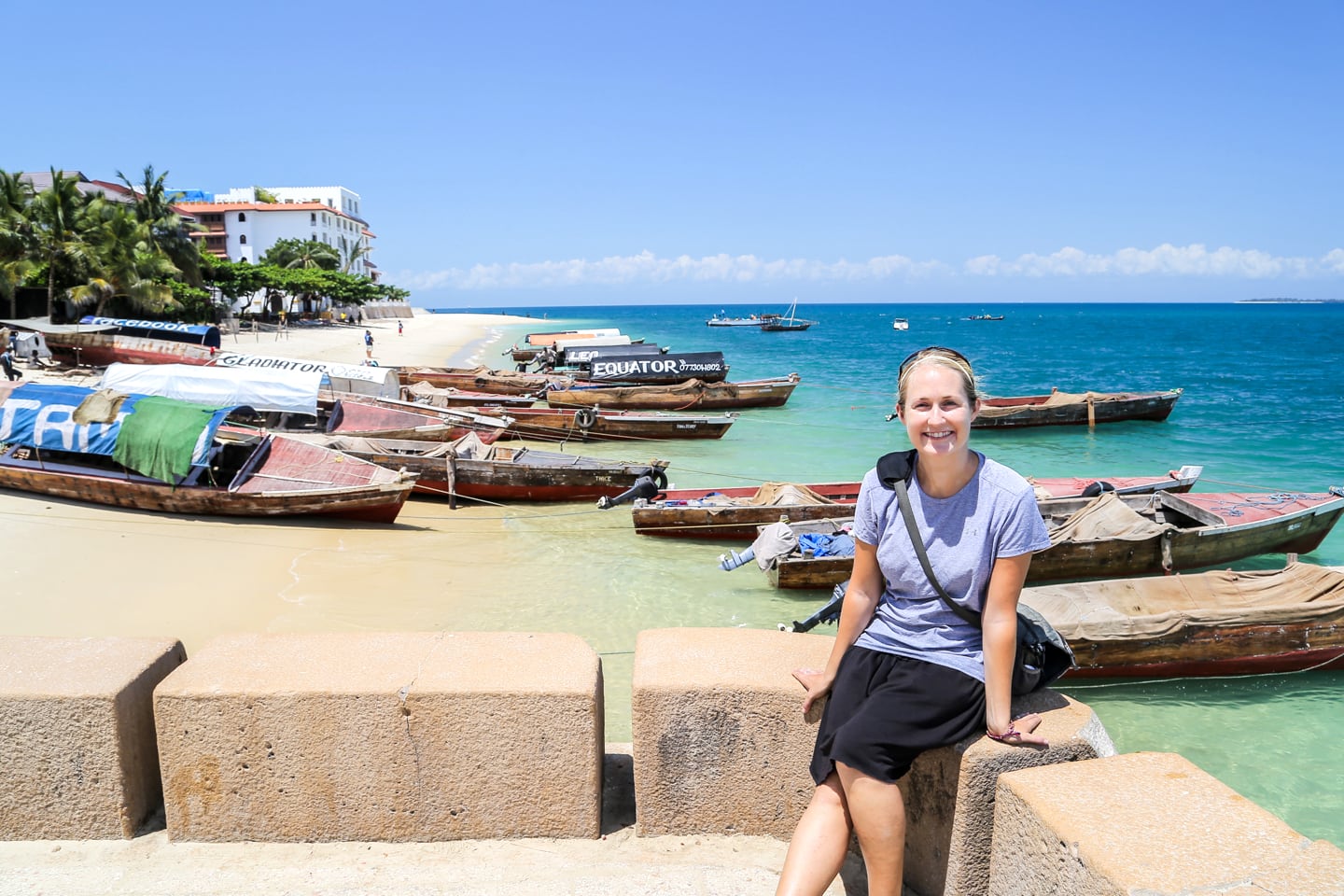 We knew to look forward to Zanzibar’s beaches, but had no idea that Stone Town’s Shangani waterfront, itself, would be so jaw-droppingly beautiful. Mind you, Zanzibar Town has a population of over a million, and Zanzibar’s center of shipping and industry is just a few hundred meters from where these pictures were taken. Yet, for some crazy reason, the water is absolutely crystal clear, and many of the “beaches” (like the one above) are pristine. Compare that to the small island of Ilha de Moçambique, with its waste and sewage-strewn coastline and population of only 14,000. 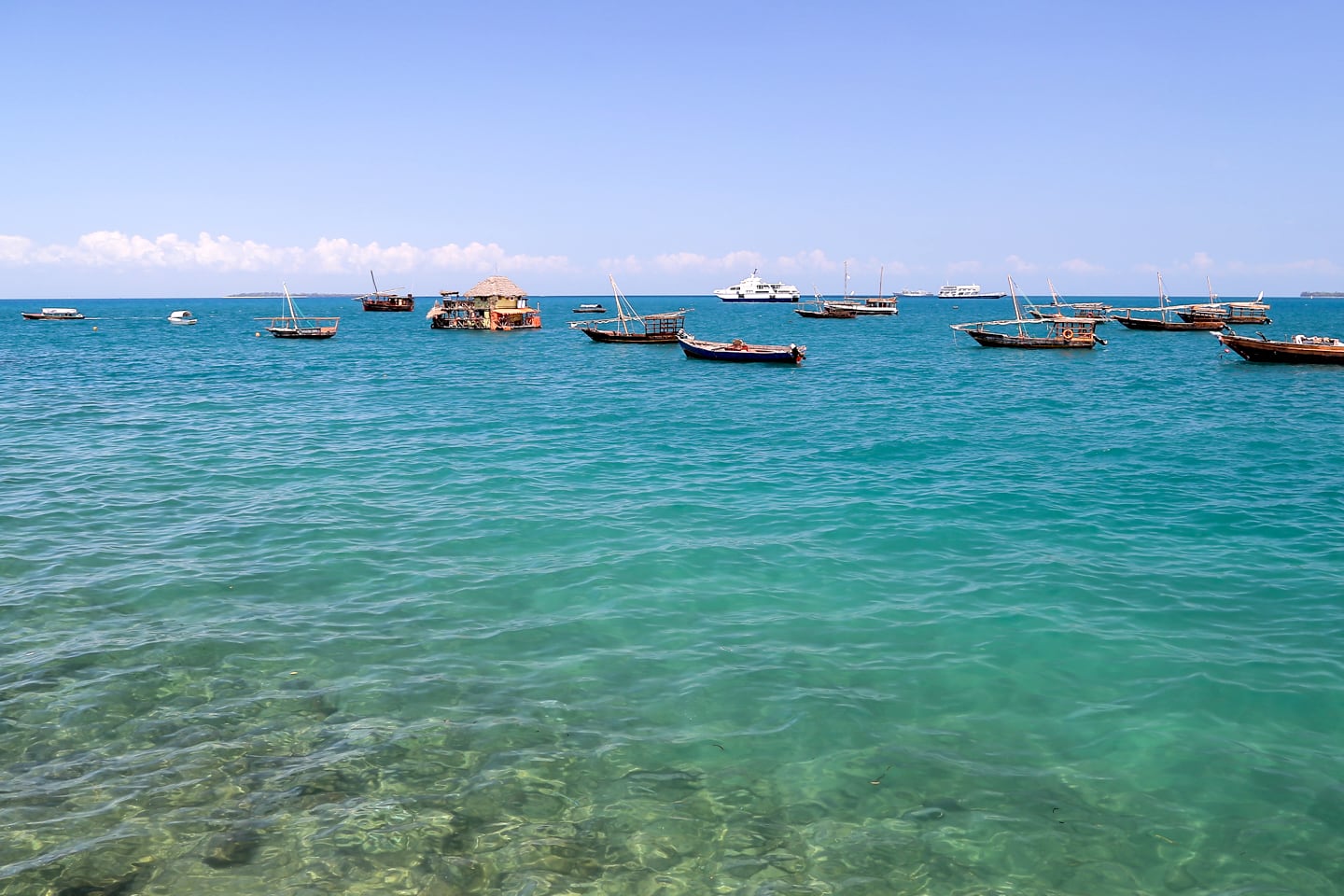 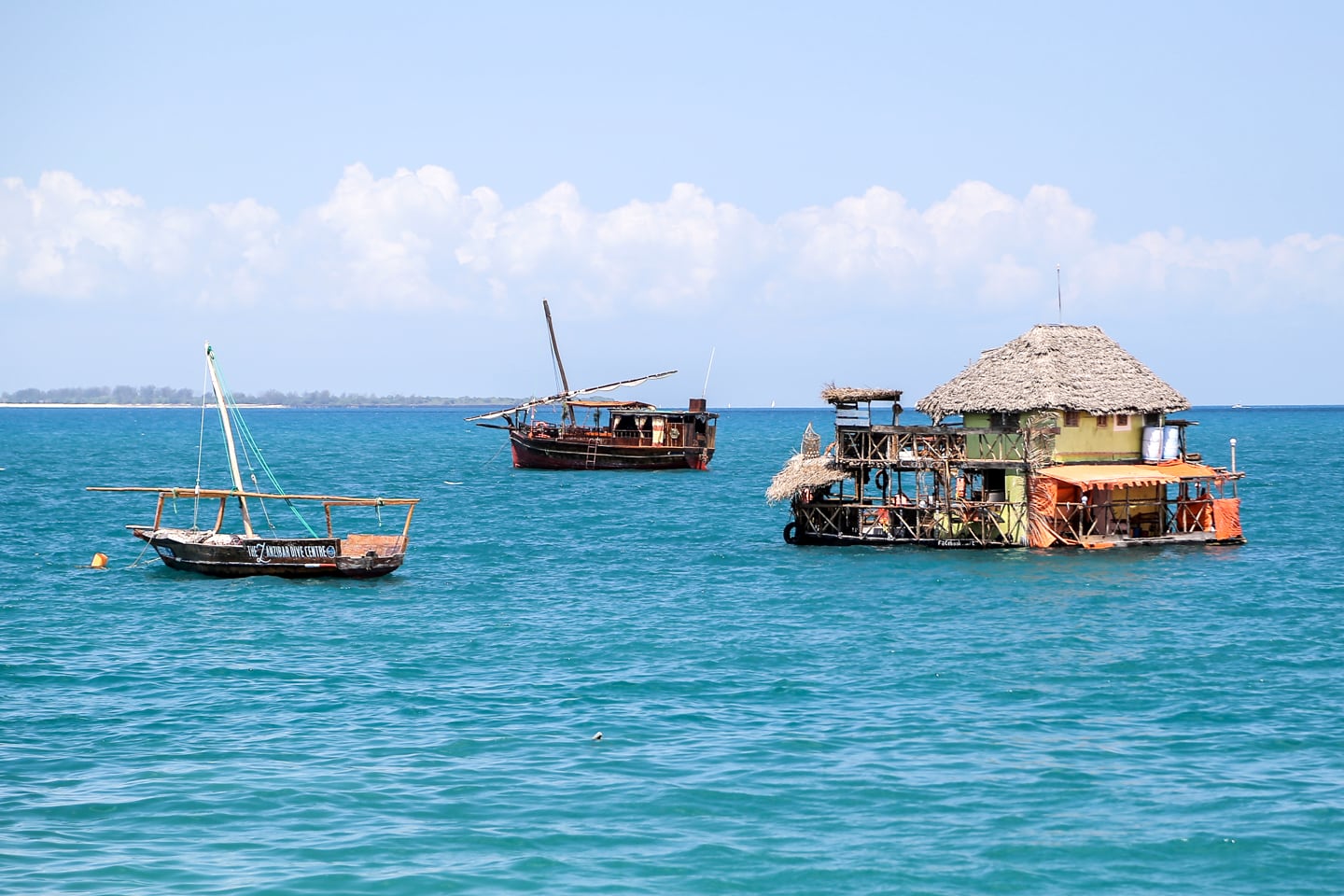 That (above) is apparently a floating bar or restaurant, but we couldn’t figure out how people get out there, or if it was even open, for that matter. 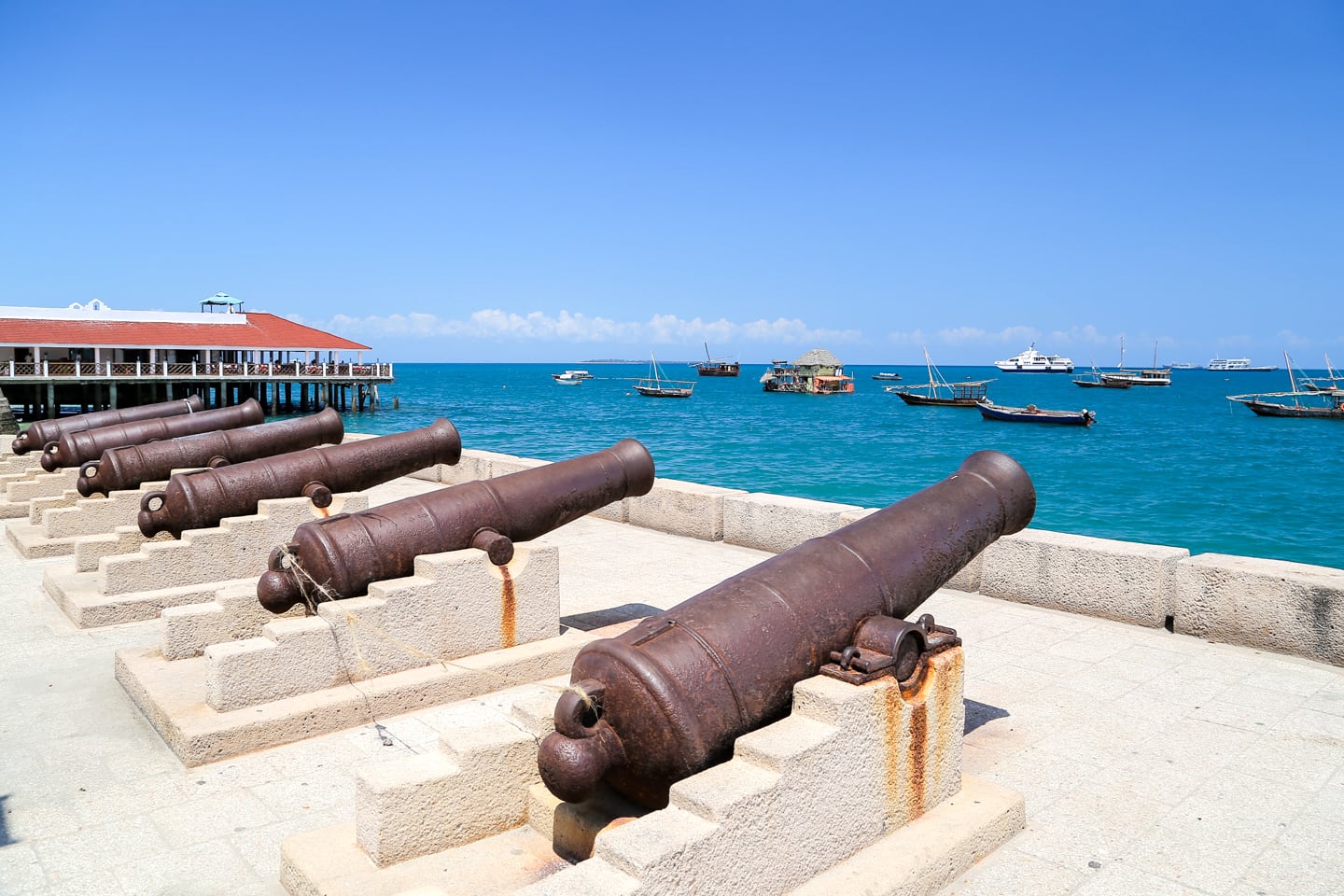 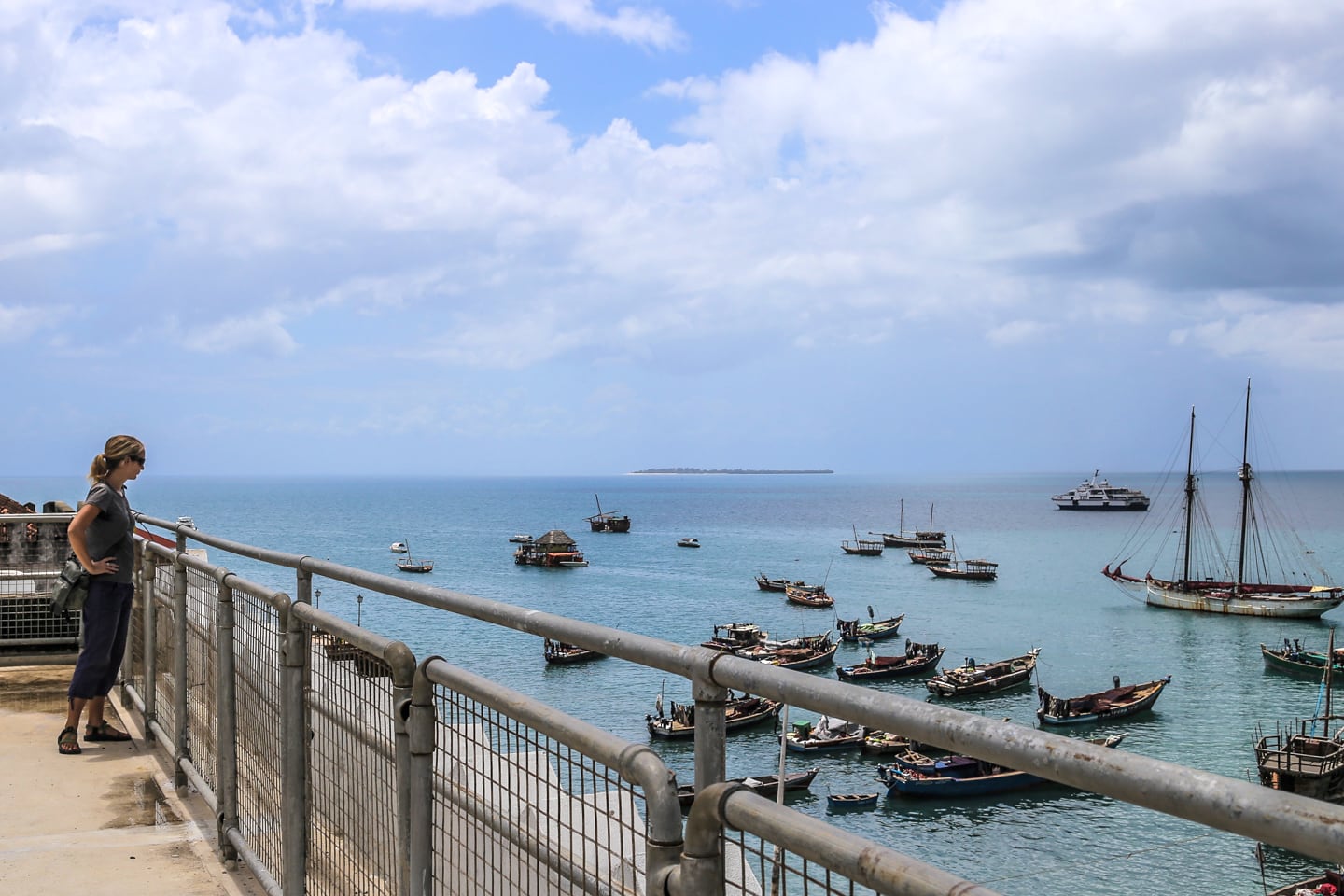 At one point, we toured the Beit el-Sahel (the old Sultan’s Palace — don’t worry, he wasn’t home at the moment…actually, he hasn’t been home for 50 years). Above, is the view from the Sultan’s own private balcony, where he purportedly enjoyed sunbathing, reading steamy novels, and lording over his small island empire. 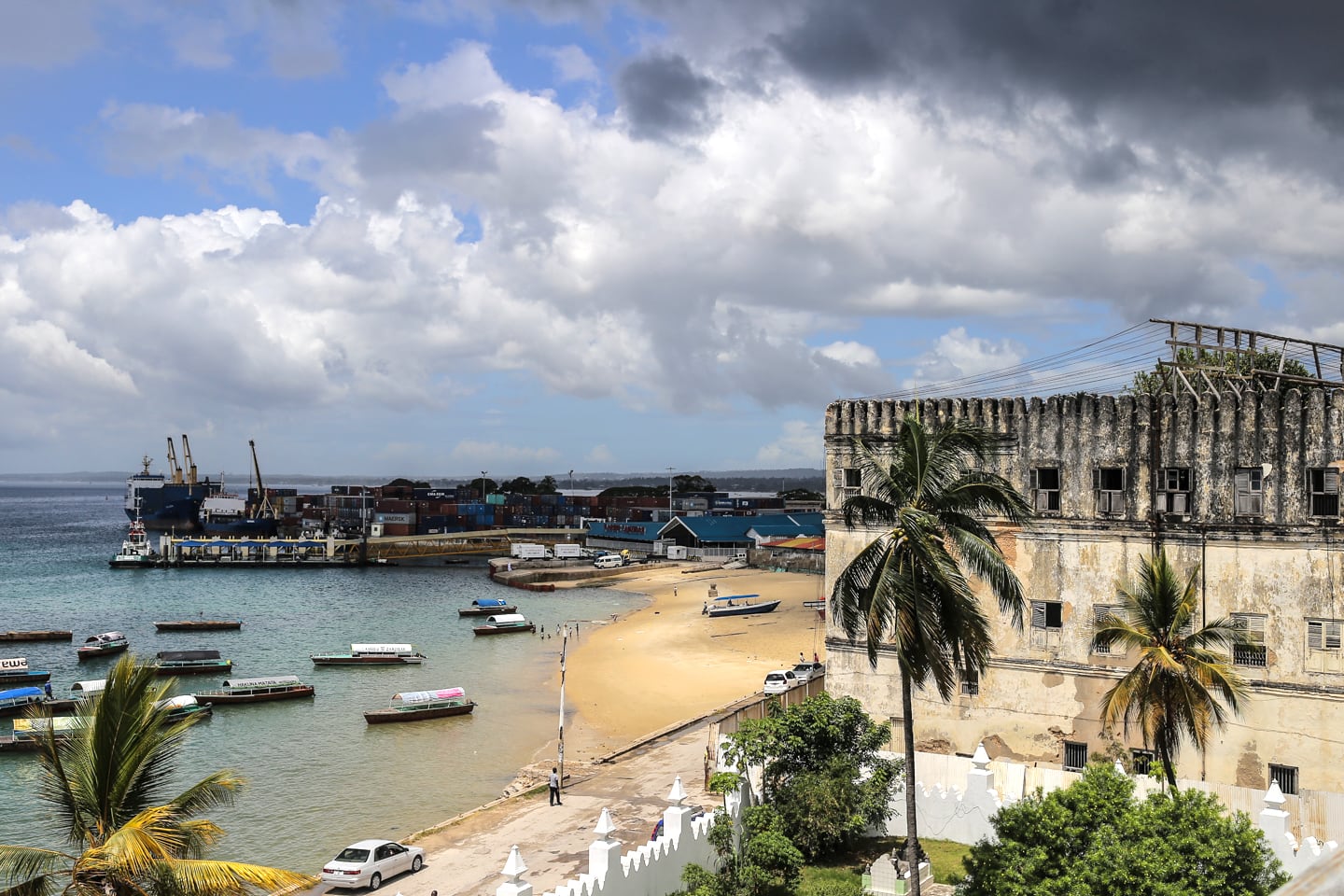 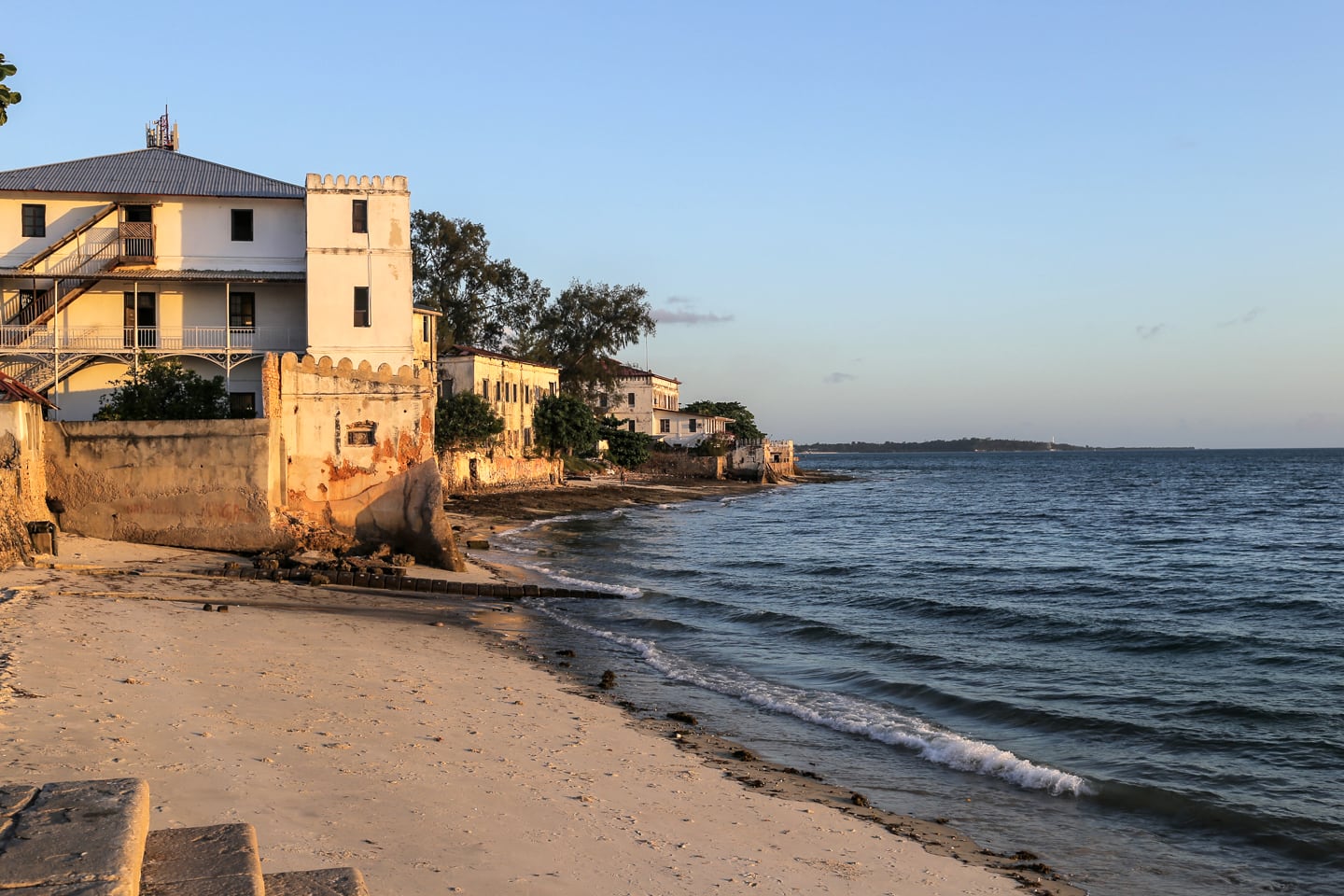 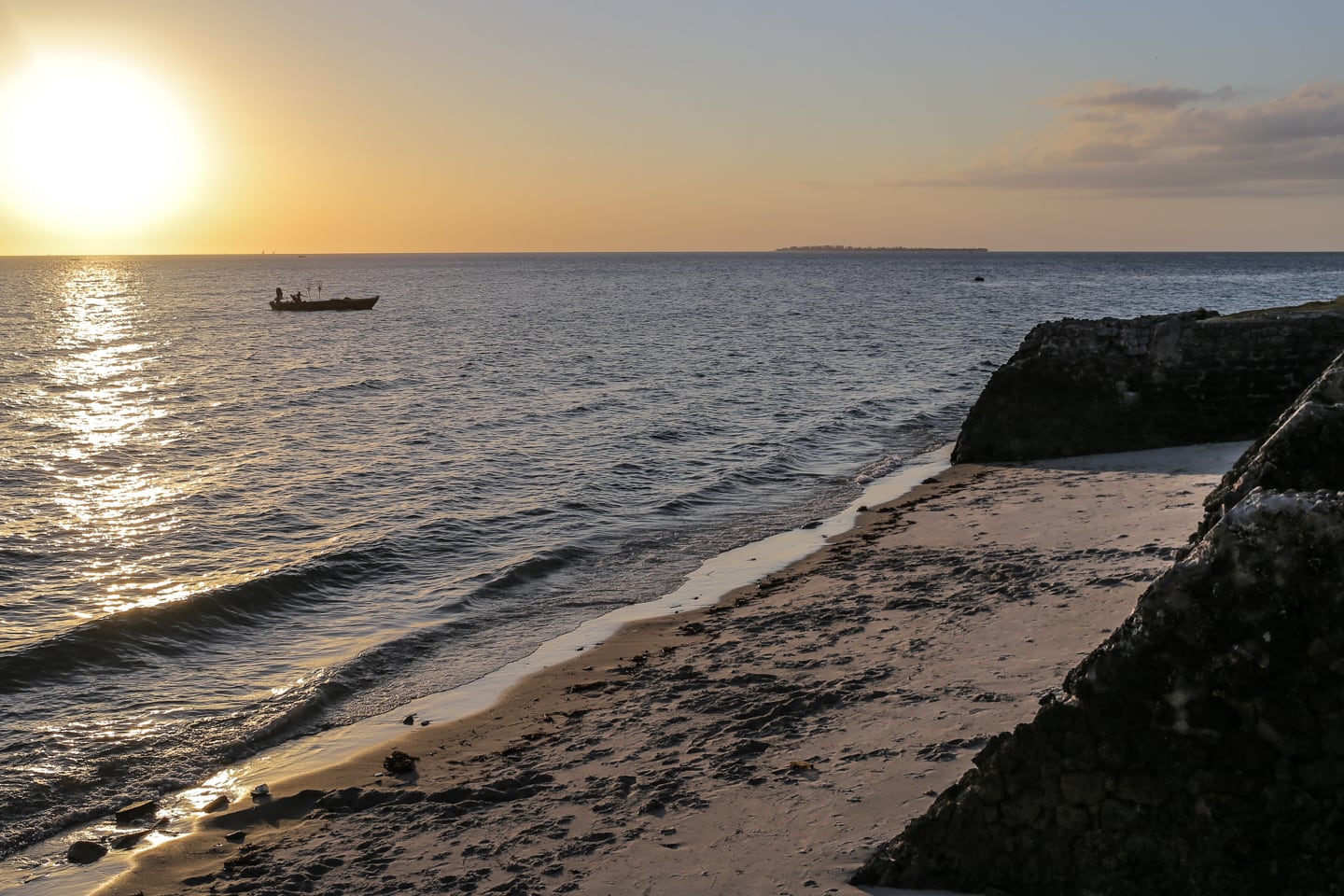 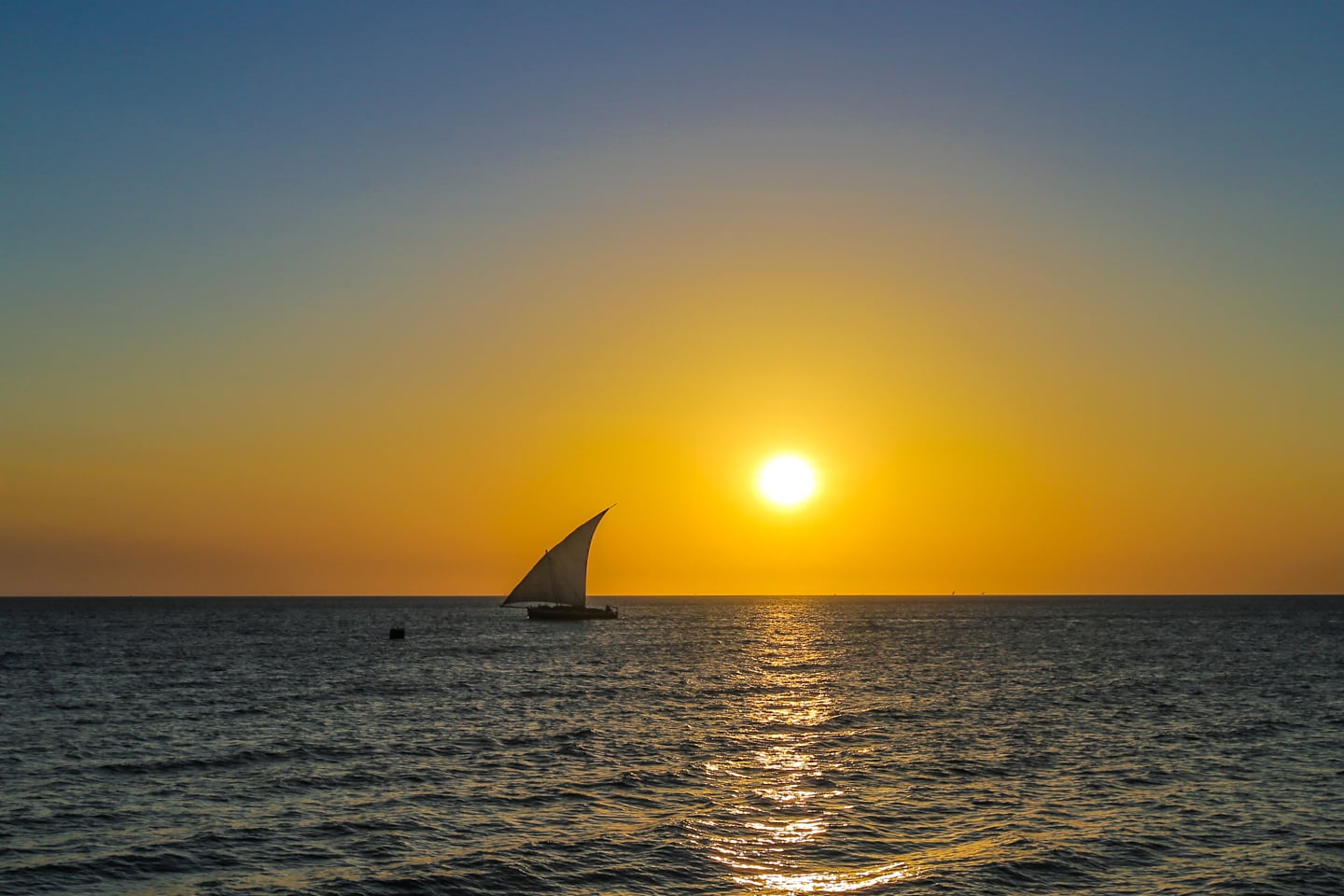 Did you dip your toes in the water?