We rent a scooter and slowly putter our way up Chiang Mai’s most sacred mountain, Doi Suthep, to explore one of the holiest Buddhist temples in northern Thailand. 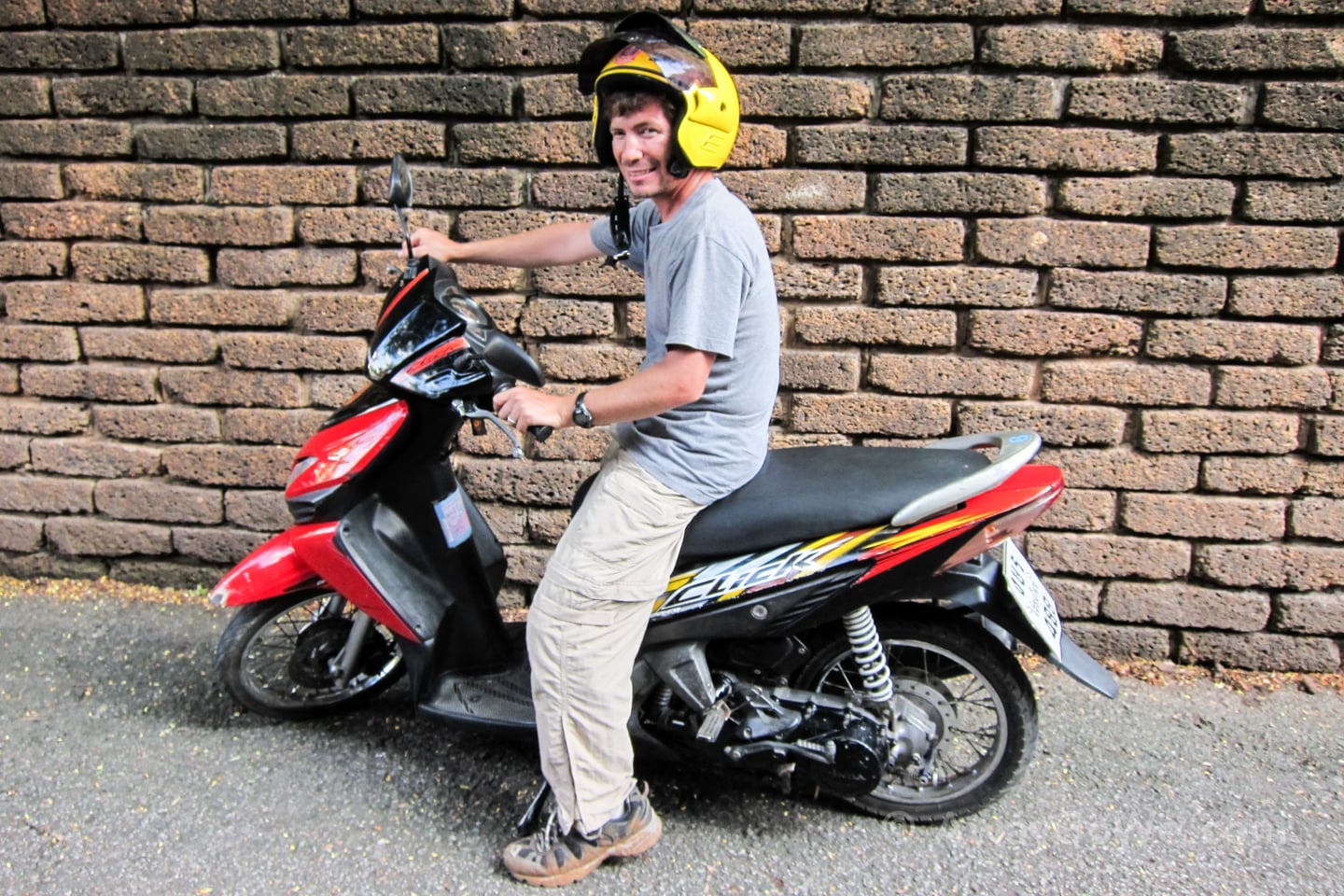 On our fourth day in Chiang Mai, we rented a scooter from our guesthouse (Rendezvous Guesthouse, 250 baht — about US$8 in 2012) to get us up to Wat Phra That Doi Suthep, one of the country’s most sacred temples set high upon a mountaintop overlooking the city. The temple is 18km (11 miles) from the guesthouse and took us about an hour with traffic to get up there. Once we got past the zoo (4 miles) the traffic disappeared and the ride was very pleasant and scenic. It’s about an 1100-foot elevation gain from town to the temple parking lot. 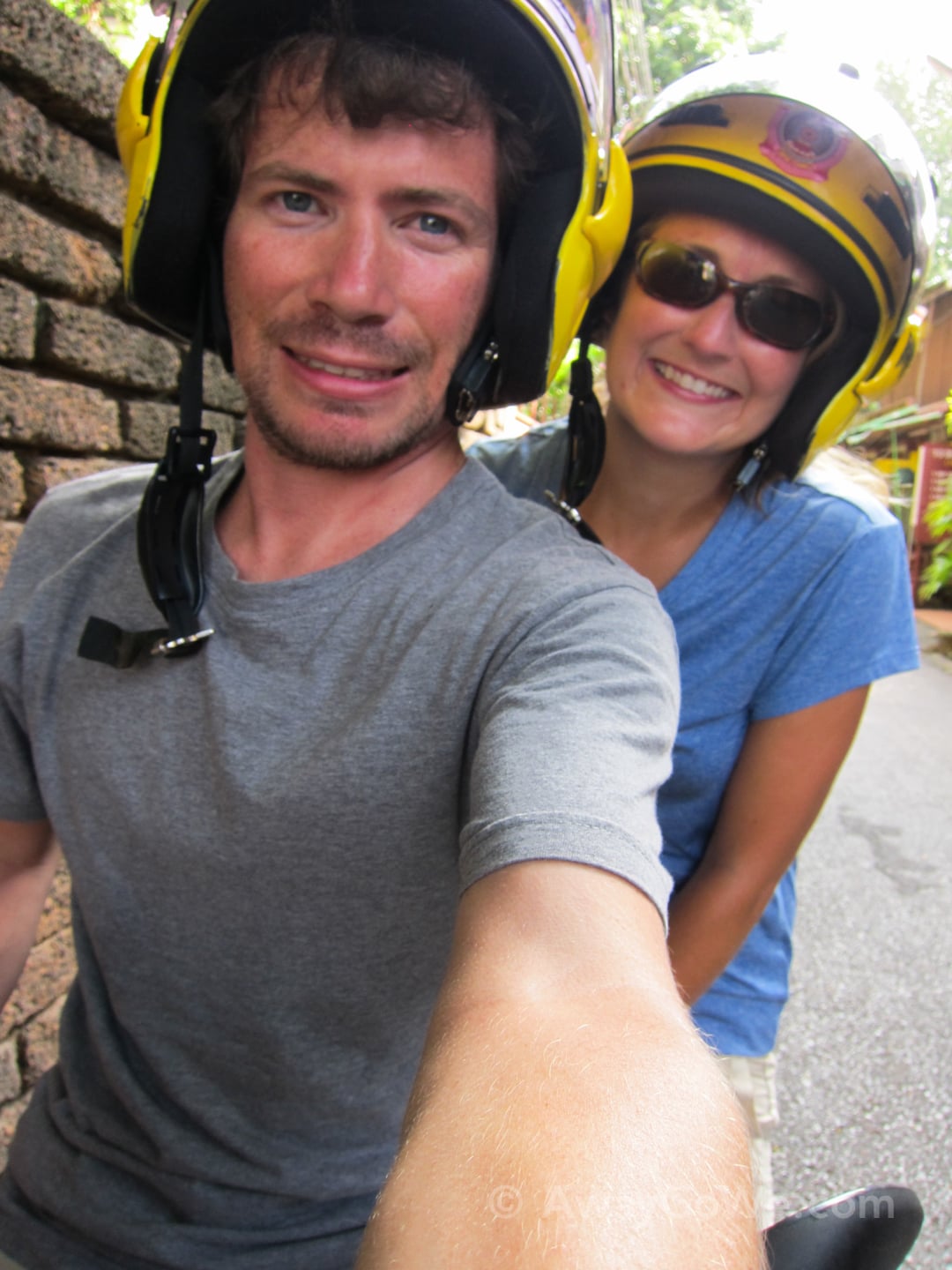 As you might imagine, the most sacred temple of the north is very popular and gets pretty crowded. It didn’t help that we chose to visit on a Sunday, but it there were definitely pros and cons to this decision: More people at the wat but far less traffic than any other day of the week. Obviously, we prioritized less traffic over fewer people. 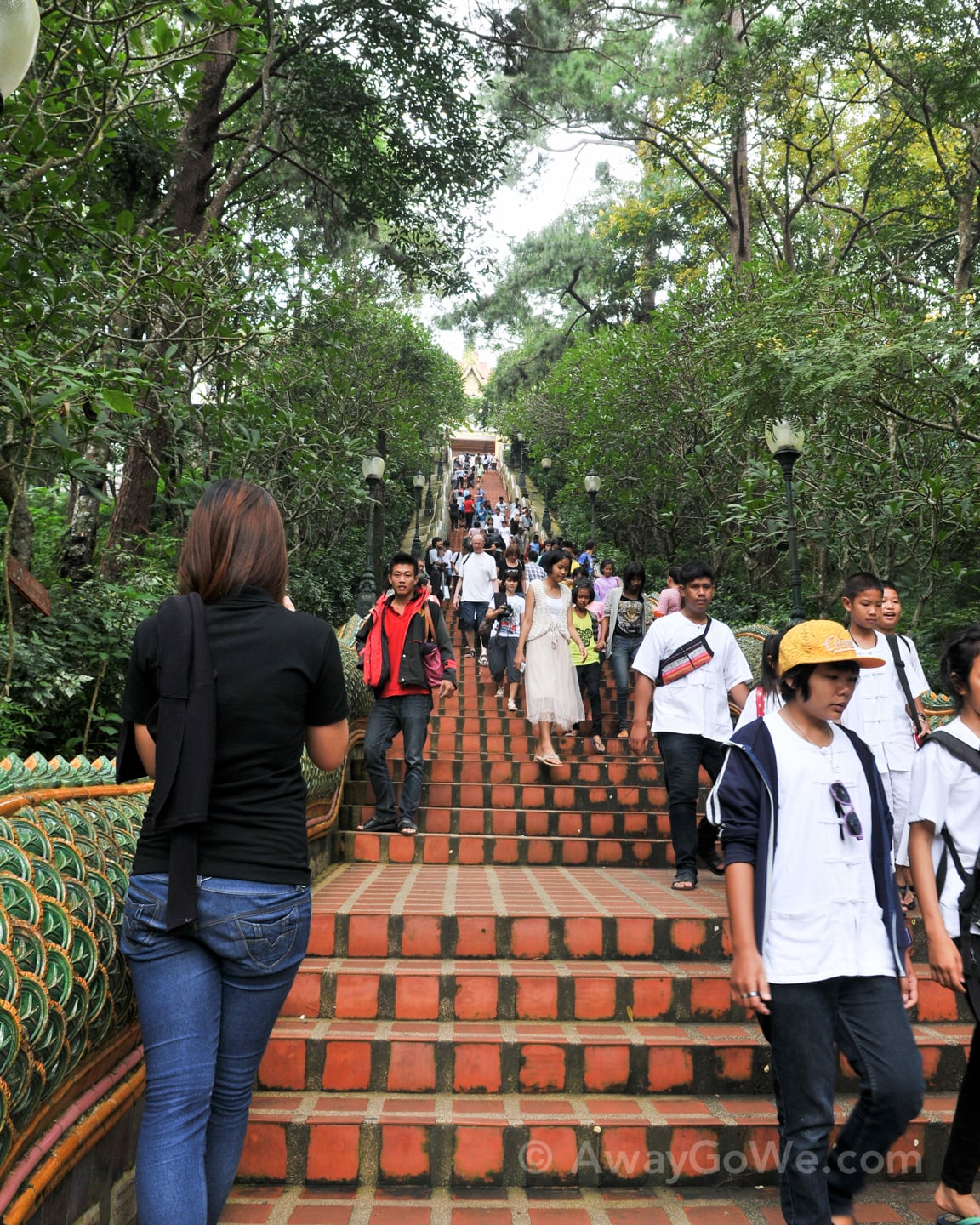 306 steps gets you from the parking lot to the temple and is intended as an act of meditation. A bit hard to meditate while having to dodge all these people! 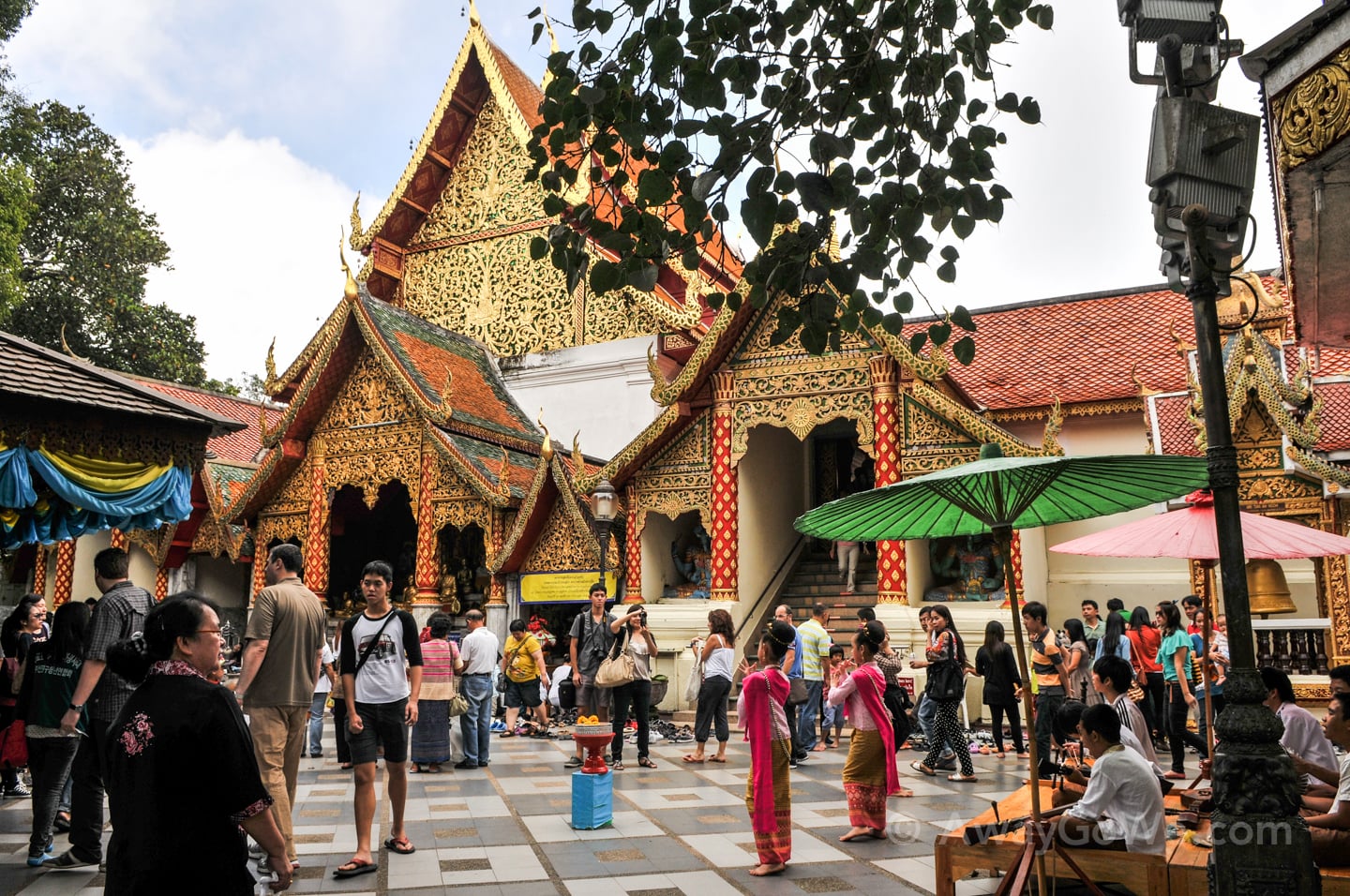 And here we are at the first-floor terrace. Looks like a party! But the real party is up those stairs. Shoes off, please! 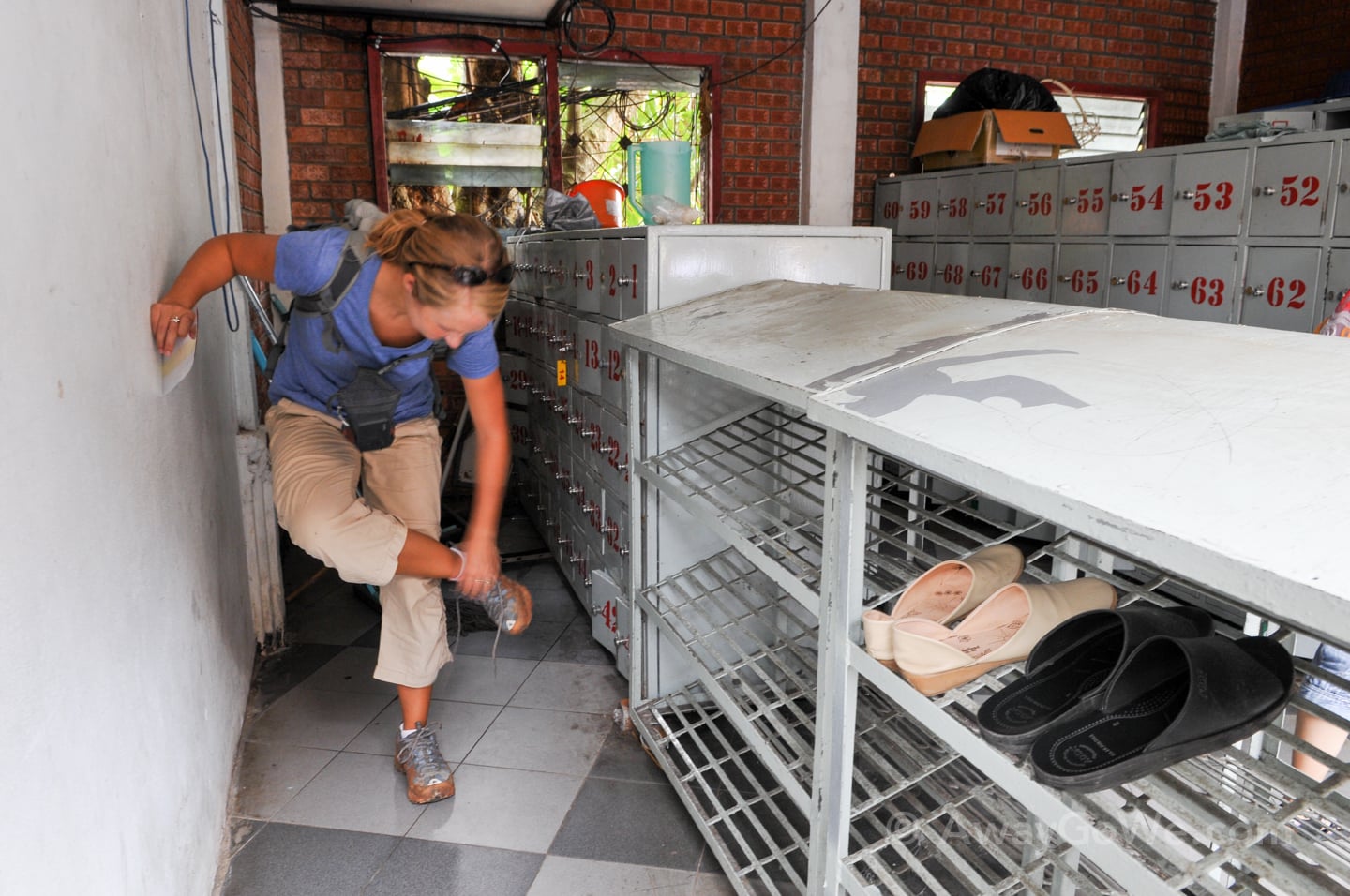 And there it is, what everybody here came to see — the huge golden chedi. While quite a sight itself, it’s significance is actually derived from what is inside the chedi. 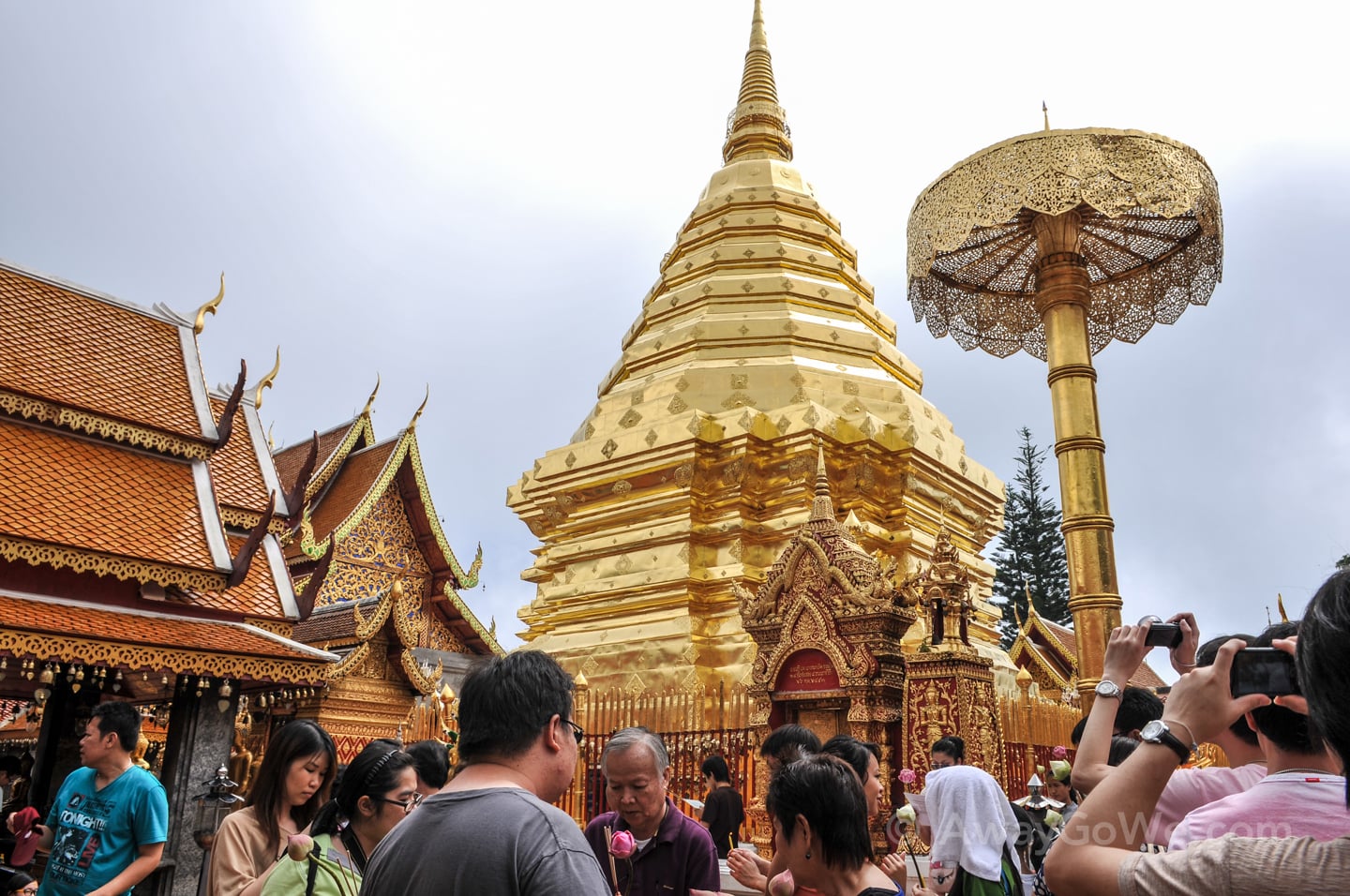 In the late 14th century, a monk instructed the Lanna king, Keu Naone, to construct a temple. The location of the temple, however, would be chosen by a white elephant carrying one of two identical Buddha relics (the relic had miraculously replicated itself). The replicate was strapped to the elephant, which was then released to wander the mountain. The location where the elephant eventually died was the spot where the temple was built, as it was considered the “chosen” location. The relic that the elephant was carrying is housed in the golden chedi. It’s replicate is housed in another chedi in town. Worshipers come from all over to pay their respects to the miracle and the sacred place that houses it. 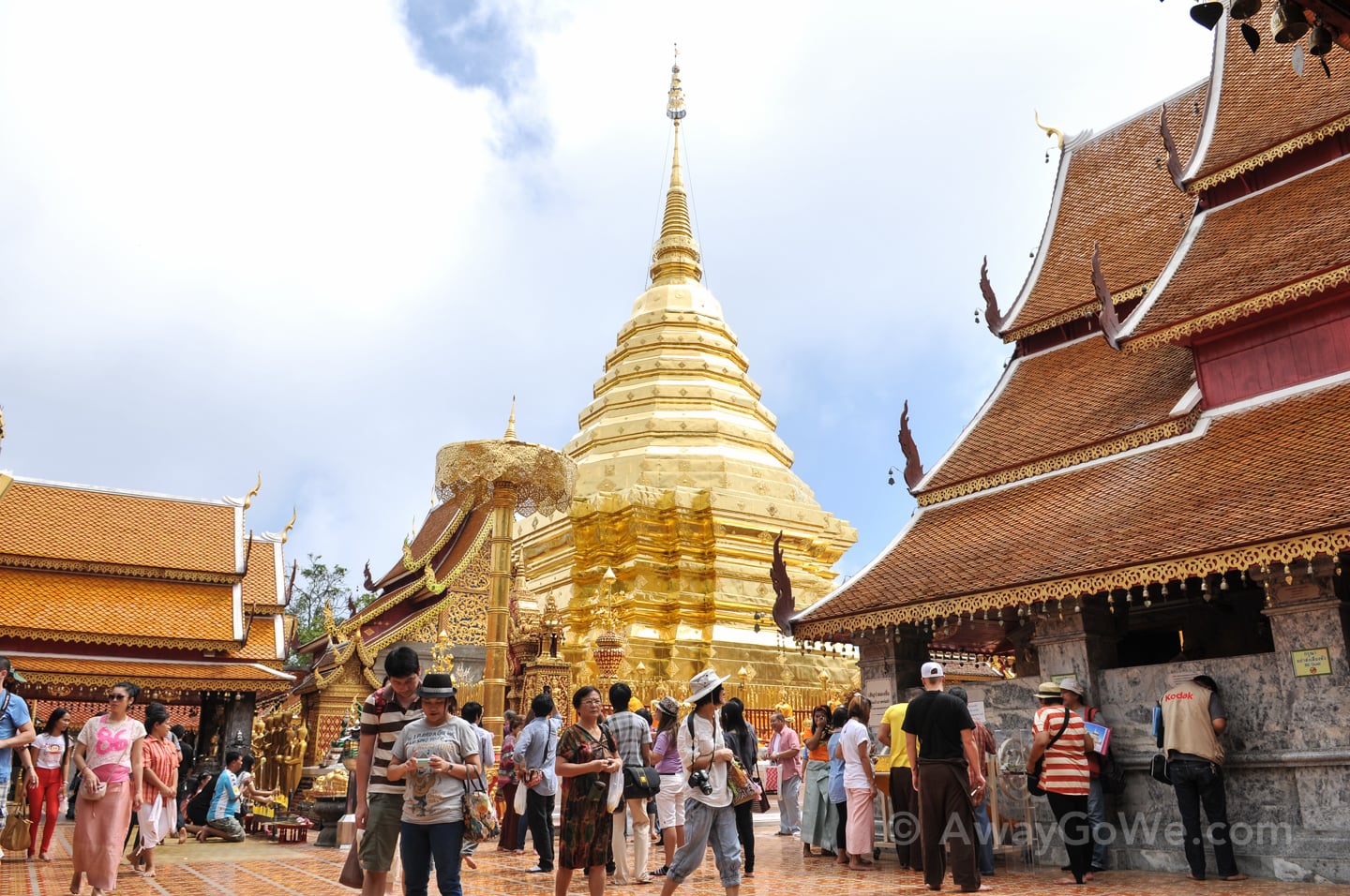 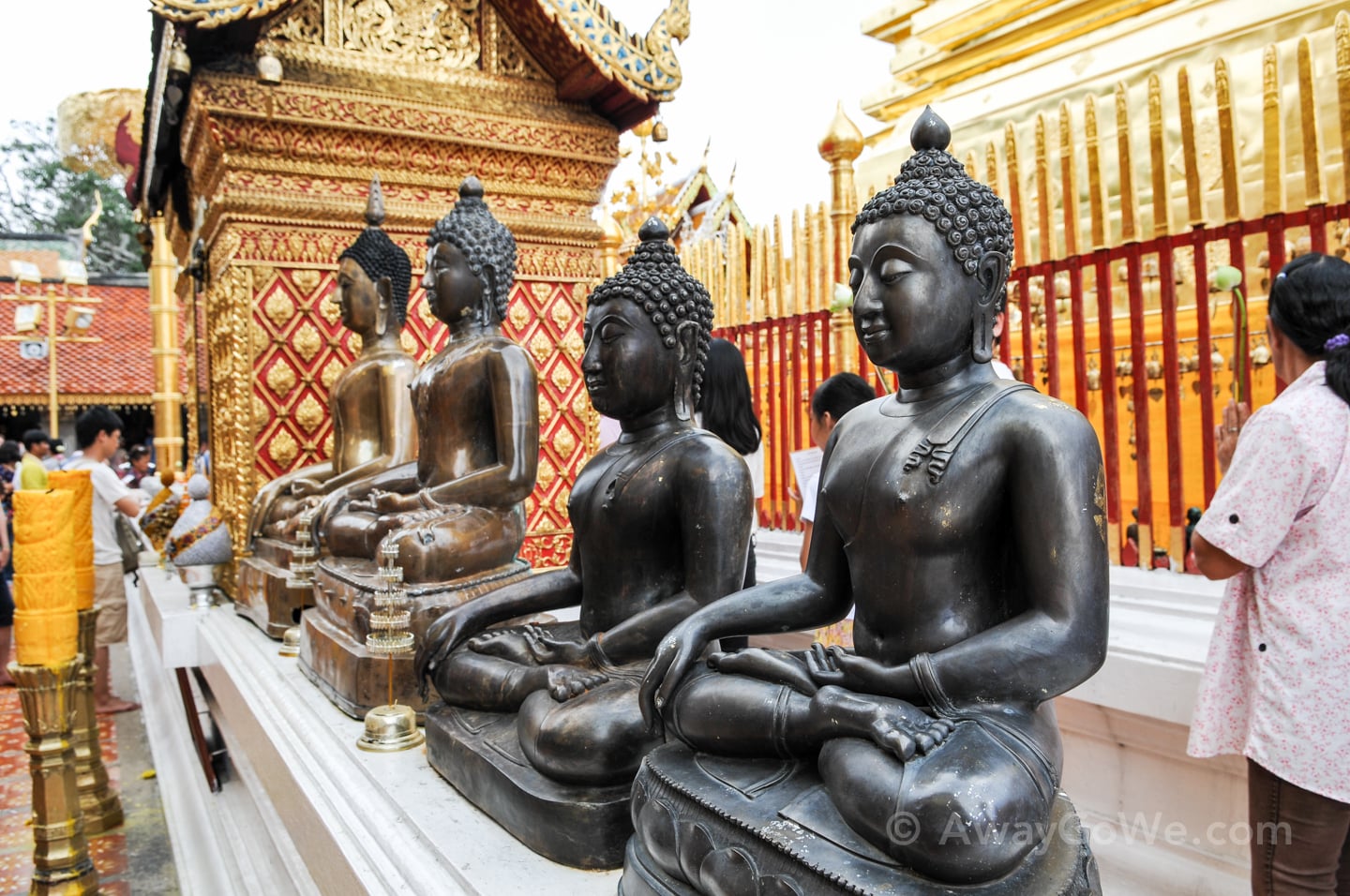 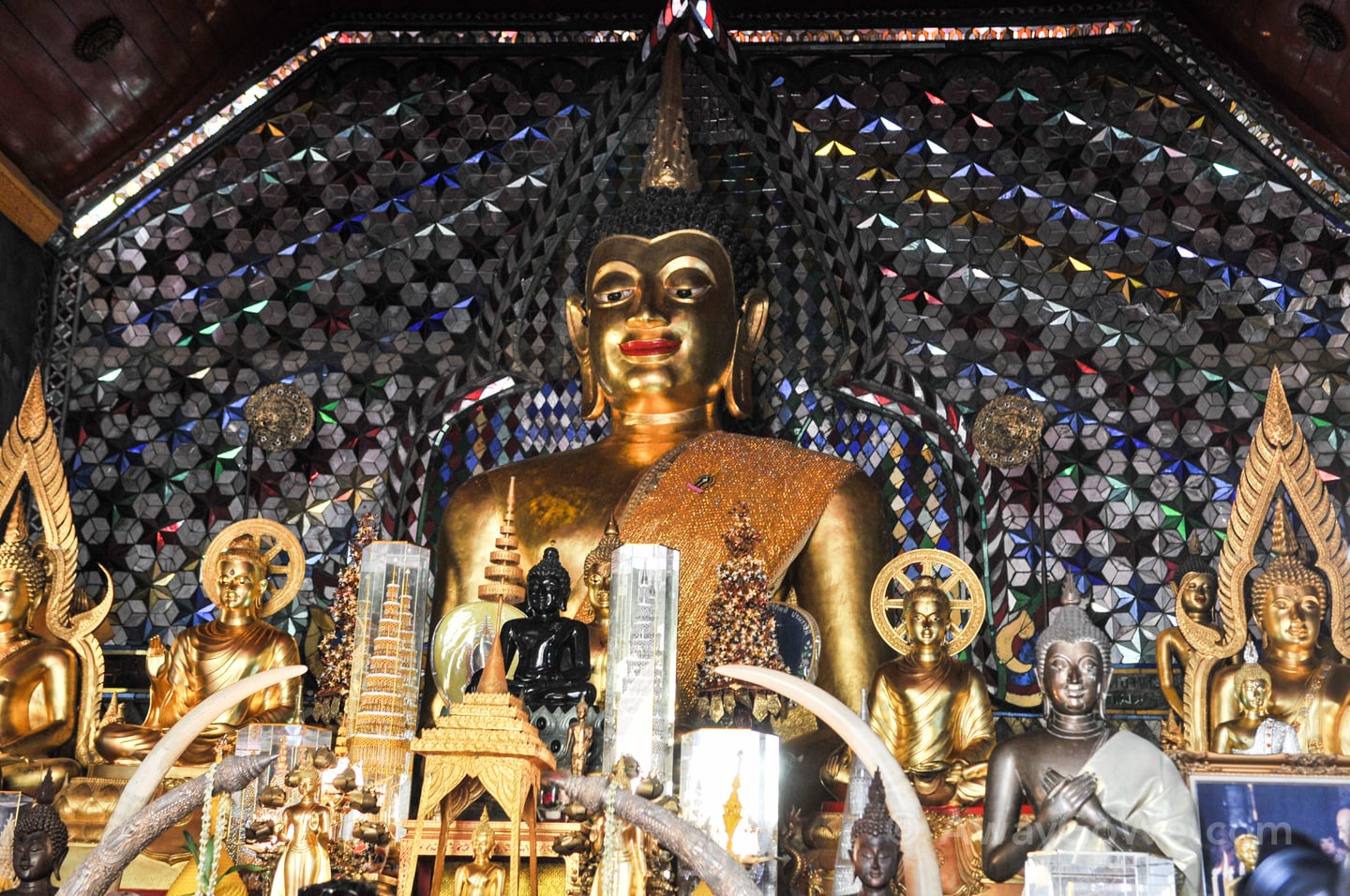 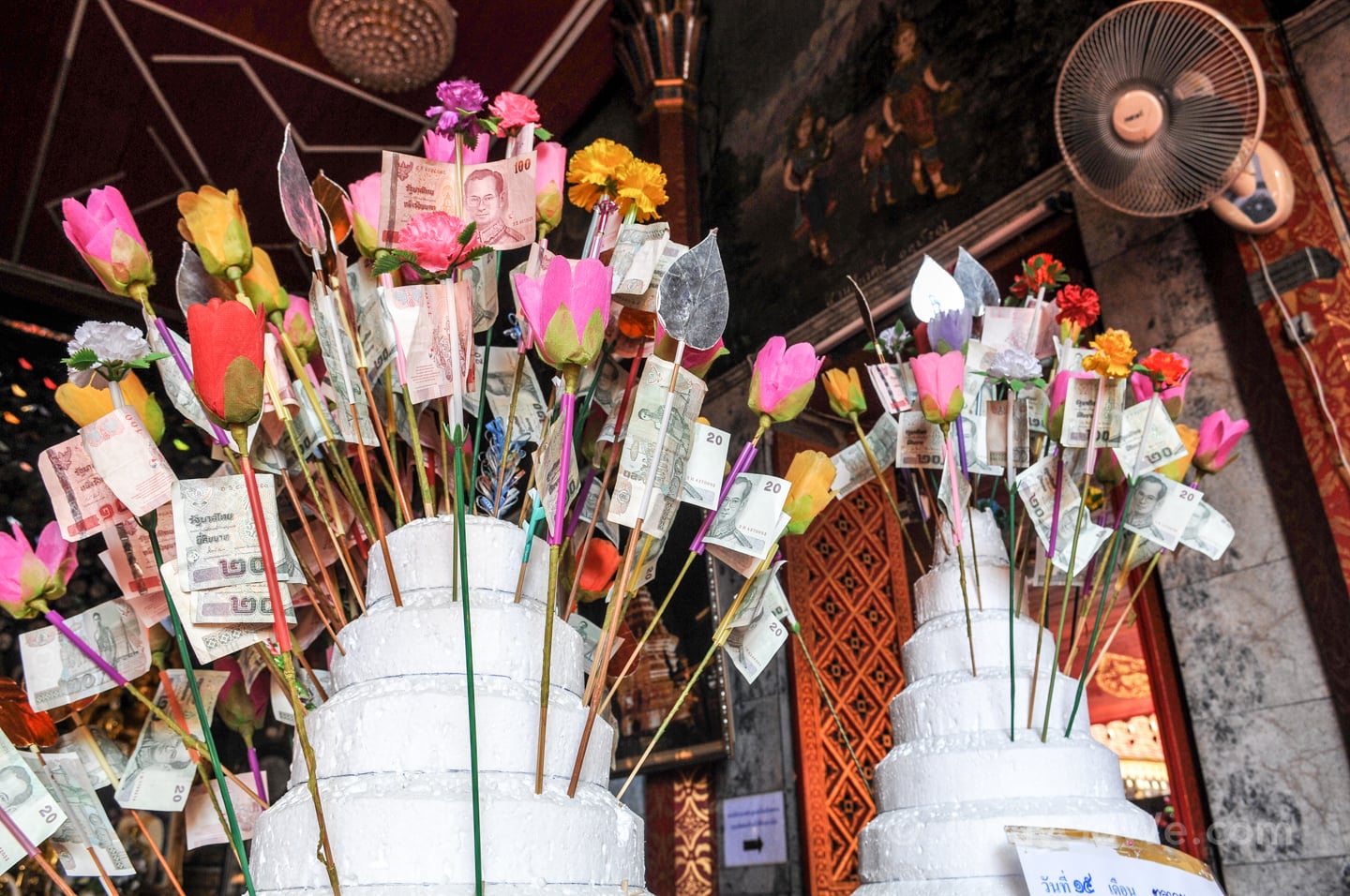 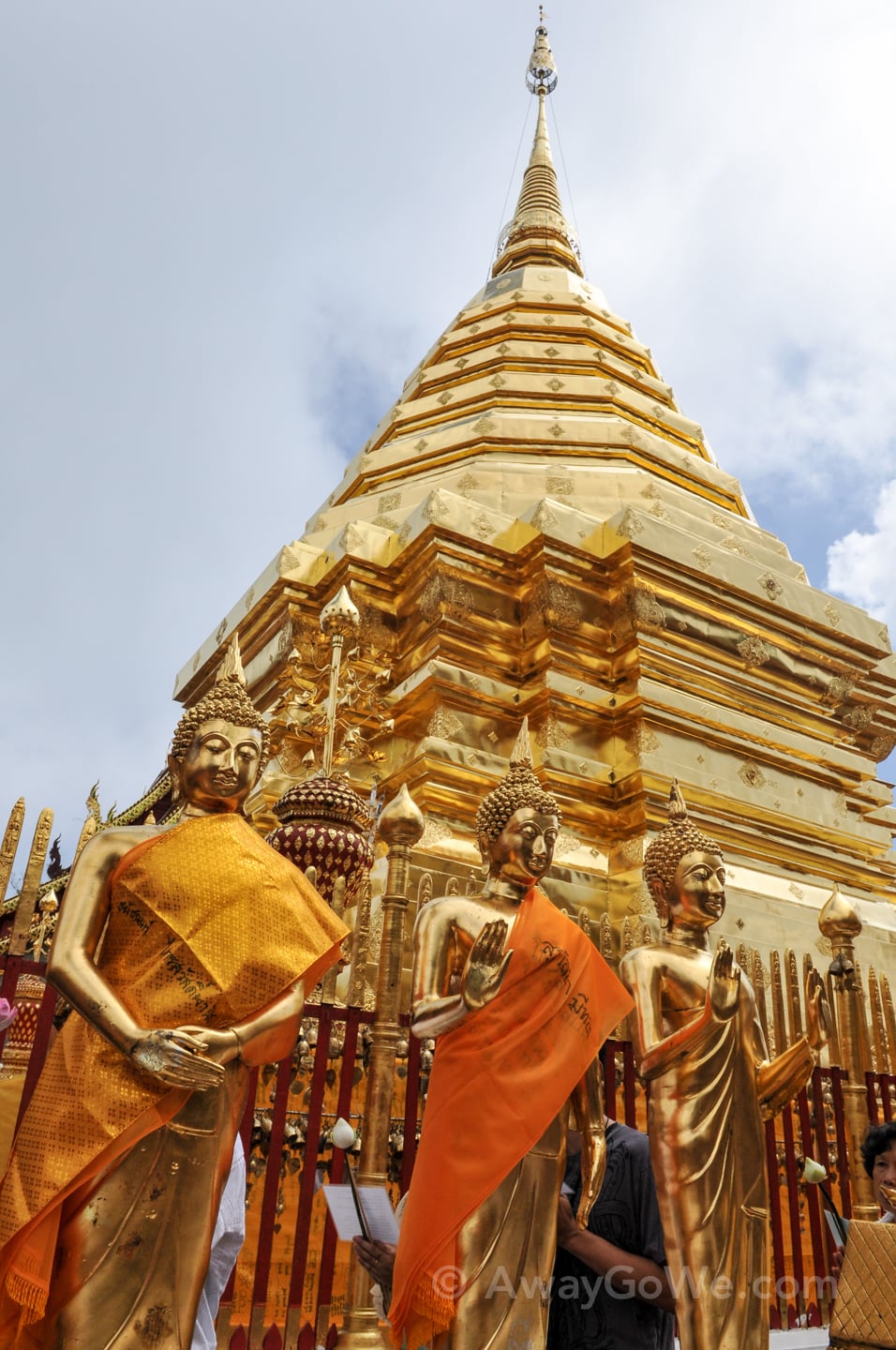 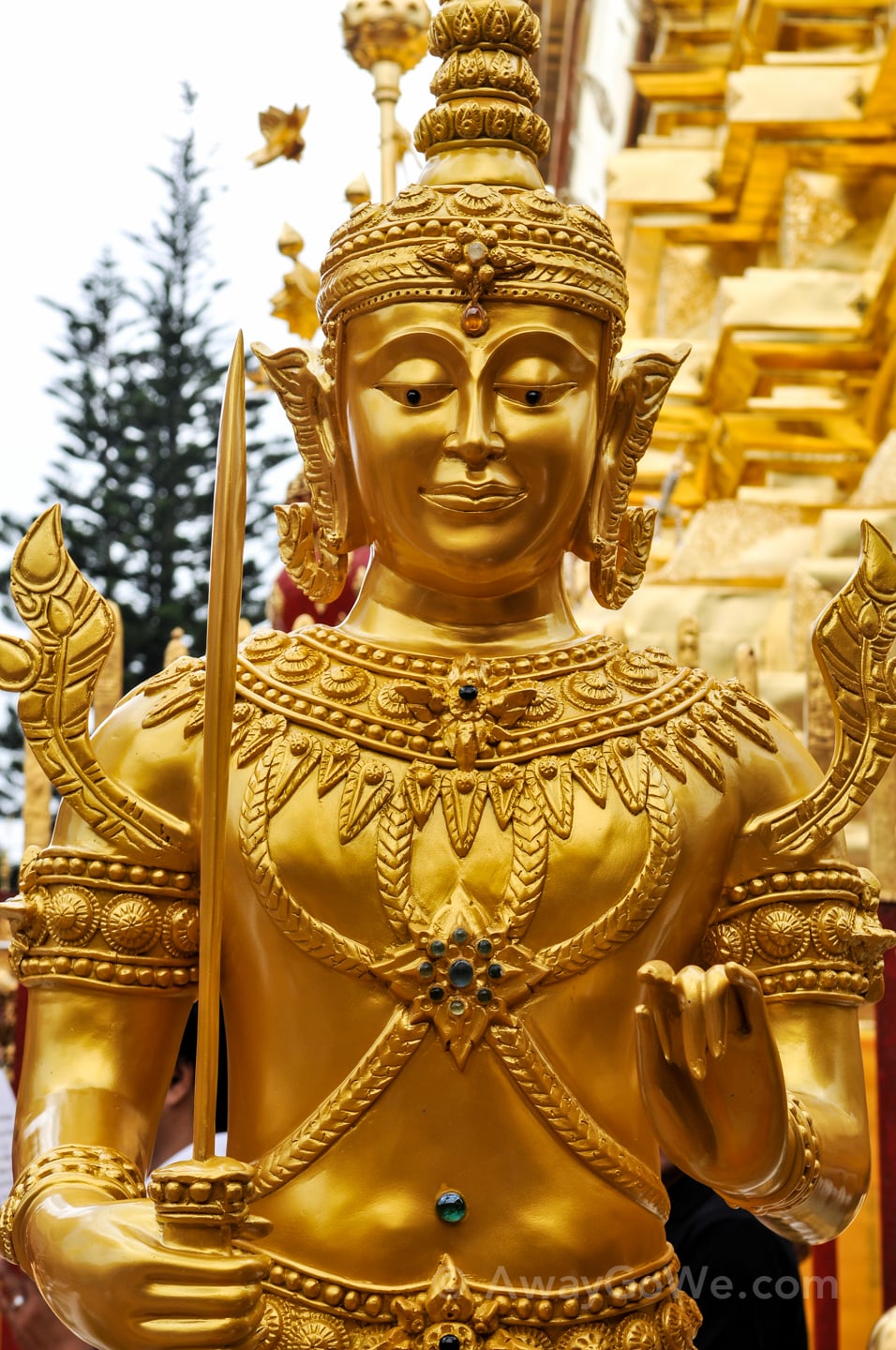 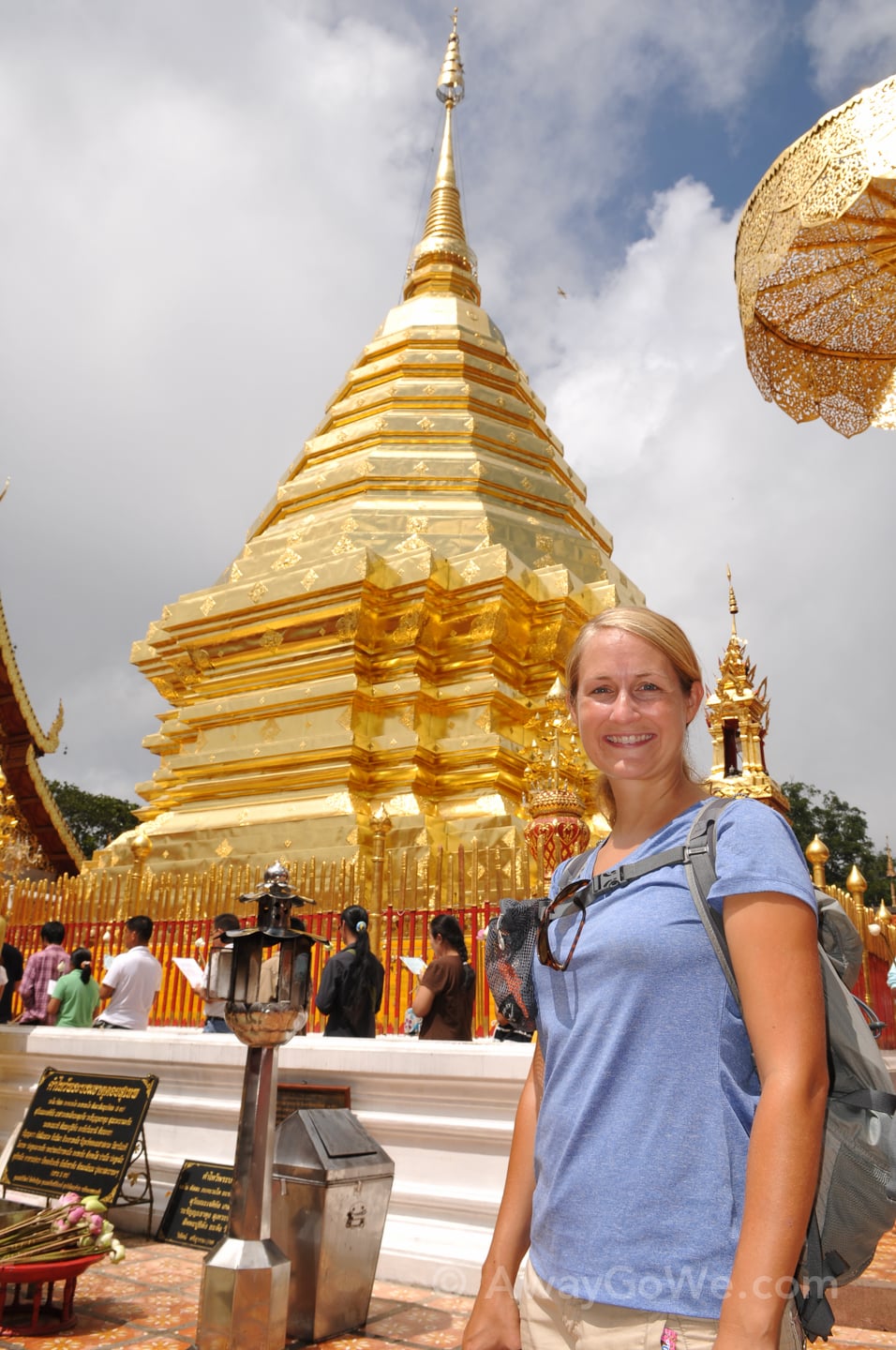 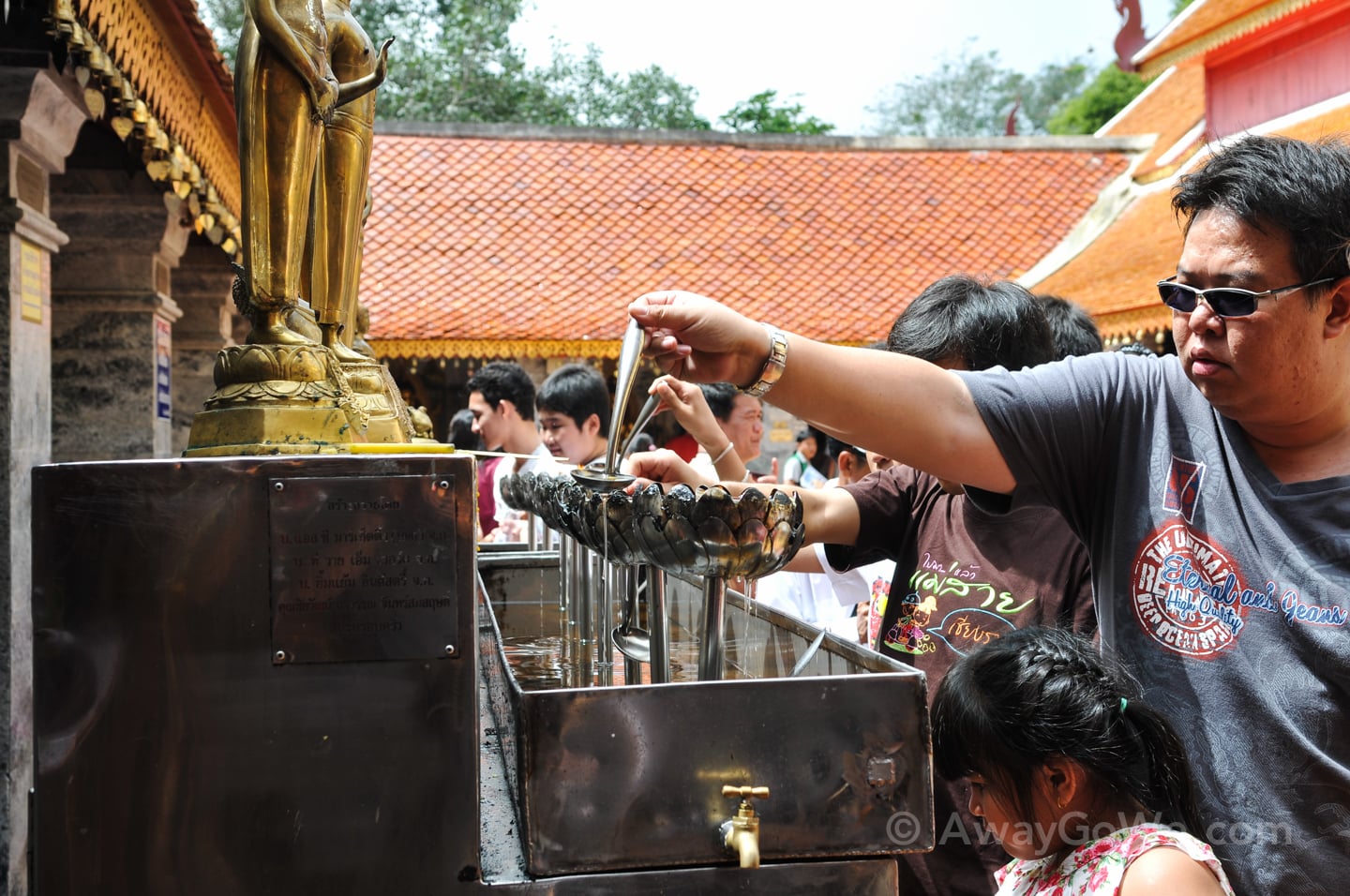 Back on the first-level terrace, locals do cultural performances and sell handicrafts. 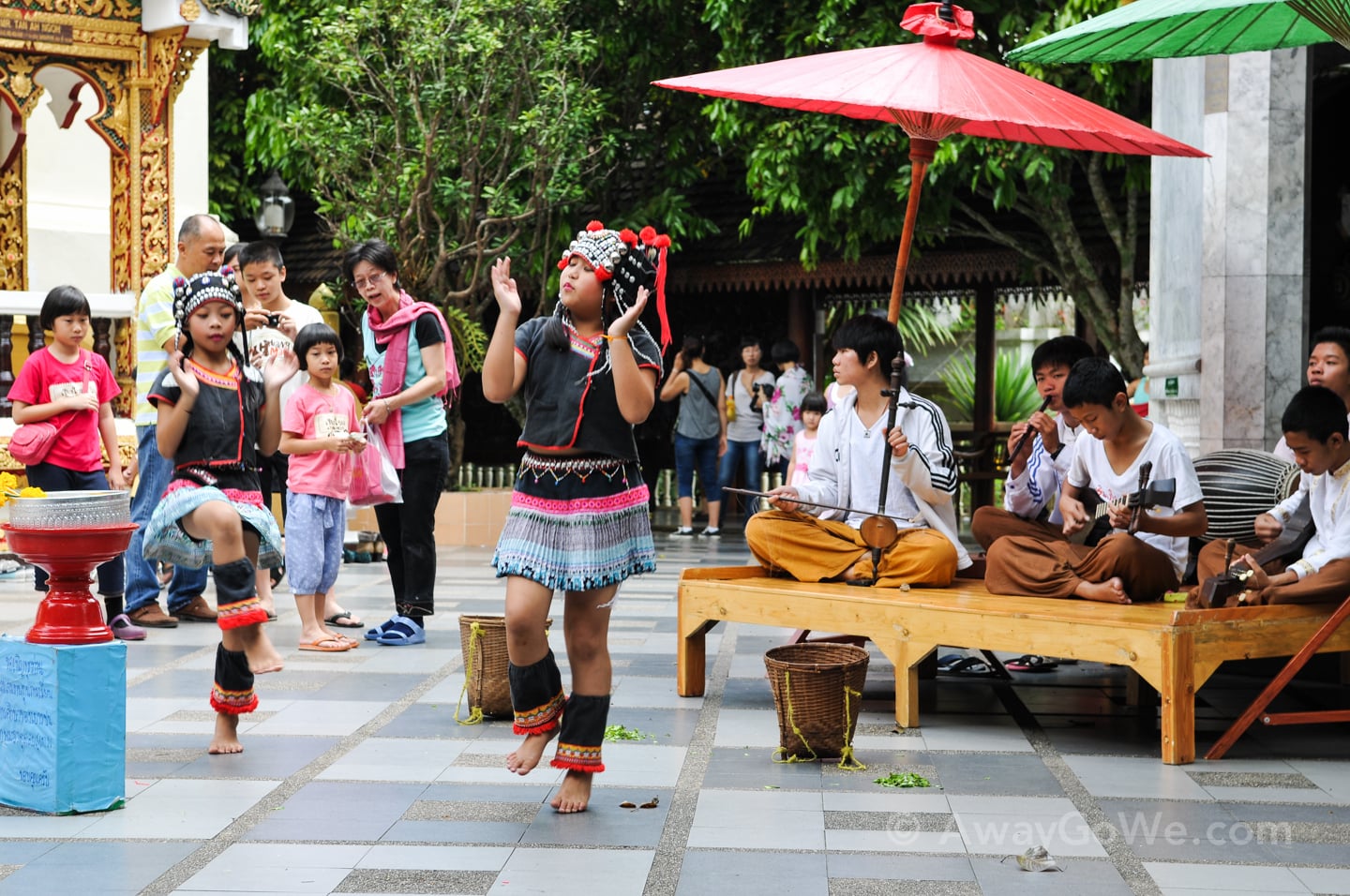 And the shoes…so many shoes. 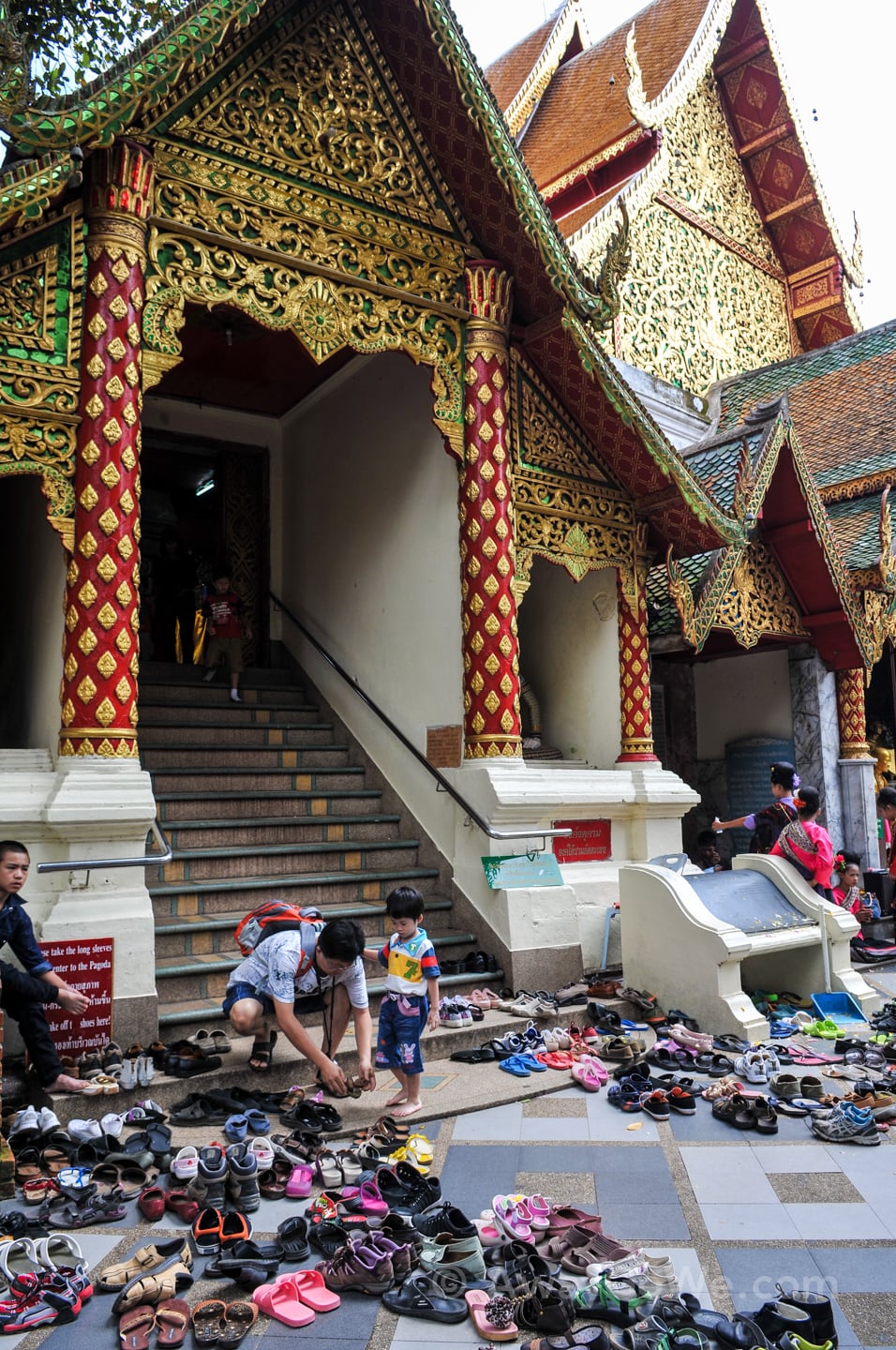 Now where did we park, again? 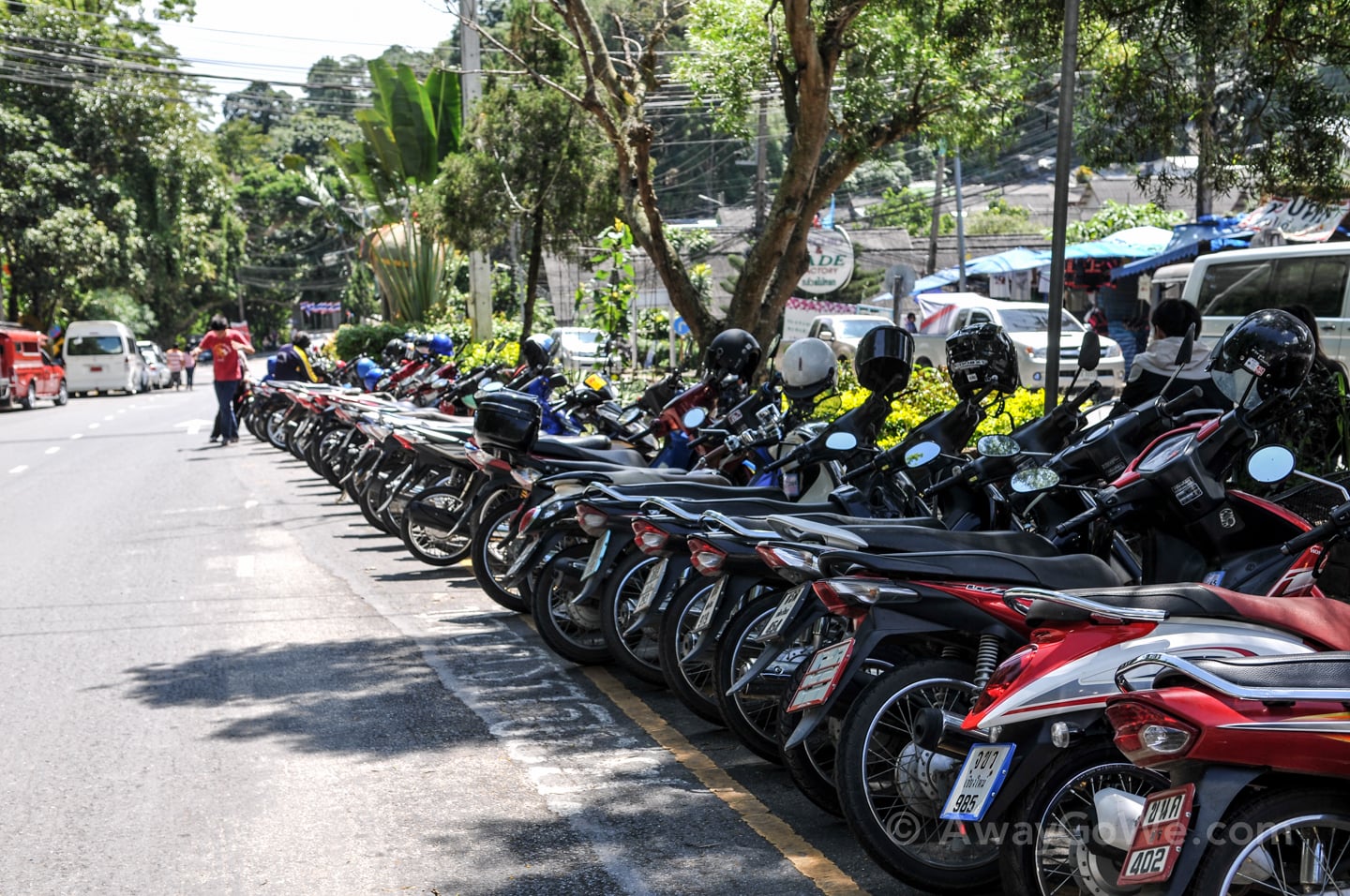