We begin our month backpacking in Peru where many travelers do – in Lima. We explore the Miraflores neighborhood and some of the city’s top sights before taking a 16-hour overnight bus over the Andes to Arequipa.

We begin our six-week South American adventure in Peru’s sprawling capital of Lima. We plan to spend around four weeks in Peru and two weeks in Ecuador before flying from Quito back to the U.S. Our first full day will be spent exploring Peru’s capital (particularly the Miraflores neighborhood) before taking a 16-hour overnight bus to Arequipa (Peru’s second largest city). 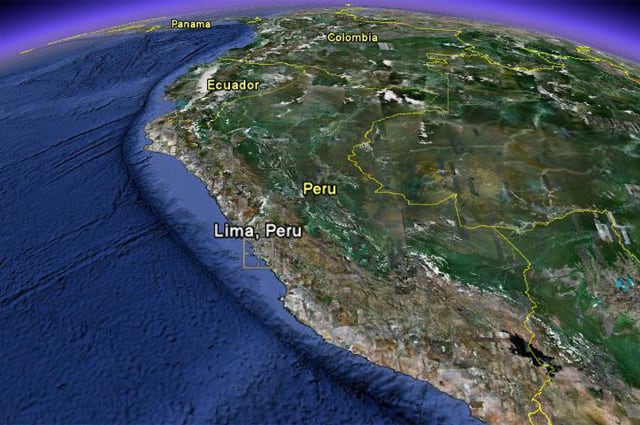 My sister and brother-in-law were kind enough to wake up at the ungodly hour of 4:30am and drive our sorry butts from Monterey down to San Francisco to catch our morning flight to Lima…with a quick layover in Houston, TX. We flew Continental and were pleased to get to watch free movies on the six-hour international leg of our flight and get three free meals!

No hitches in immigration and customs either, although we would have preferred to have more legible stamps in our passports.

Our driver from our hostel (Flying Dog) was there waiting for us in the arrivals section. It was a bit of a trip seeing the Pacific Ocean on the taxi ride into the city knowing that we had traced the coastline of the same ocean early that day several thousand miles to the north on another continent. Perhaps unsurprisingly, we slept very well after our long travel day (despite the endless honking and street noise). Having internet and breakfast included the room was also a nice bonus.

A Whirlwind Day in Lima

We began our first full day in Peru with eggs, queso, and coffee at El Parquetito Cafe near Plaza de Kennedy (they seem to be big fans of JFK here, who knew?). Then we went on a long walk through Lima’s Miraflores neighborhood where we were staying.

A few highlights of the day included a gas station located smack in the middle of a wide avenue to allow for literal drive-thru refueling (sucks if you have a passenger side gas tank like I do), and many, many (too many) American fast-food transplants including Burger King, Pizza Hut, KFC, Starbucks, etc, and…Dunkin Donuts…on almost every corner! (It’s hard enough to find one of those in the States these days!) 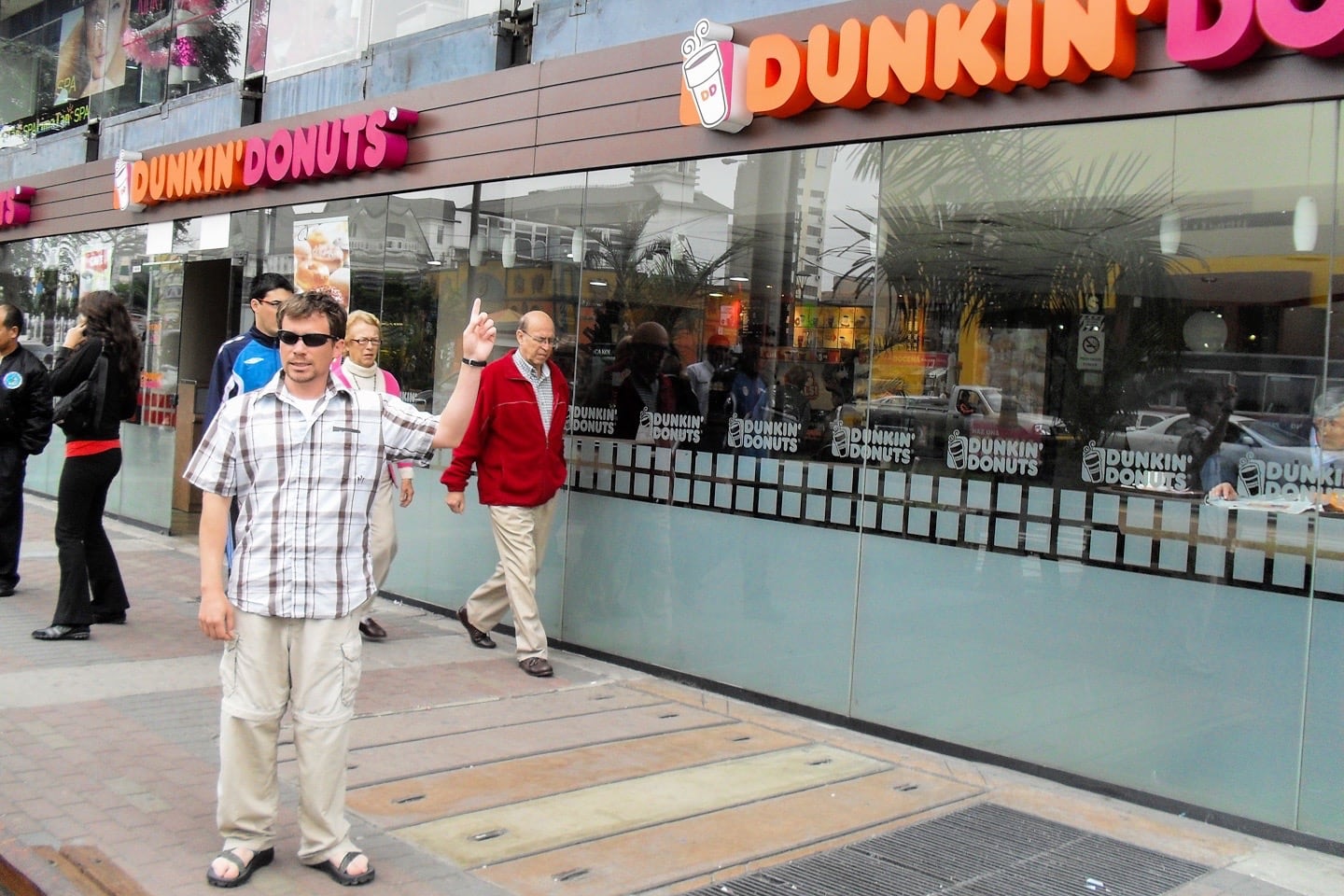 We then went on a tour of the pre-Incan Huaca Pucllana ruins (an interesting old pyramid structure) with a very international group and learned about this ancient adobe village now located right in the middle of a metropolitan neighborhood. The government is working to preserve the area from further development. 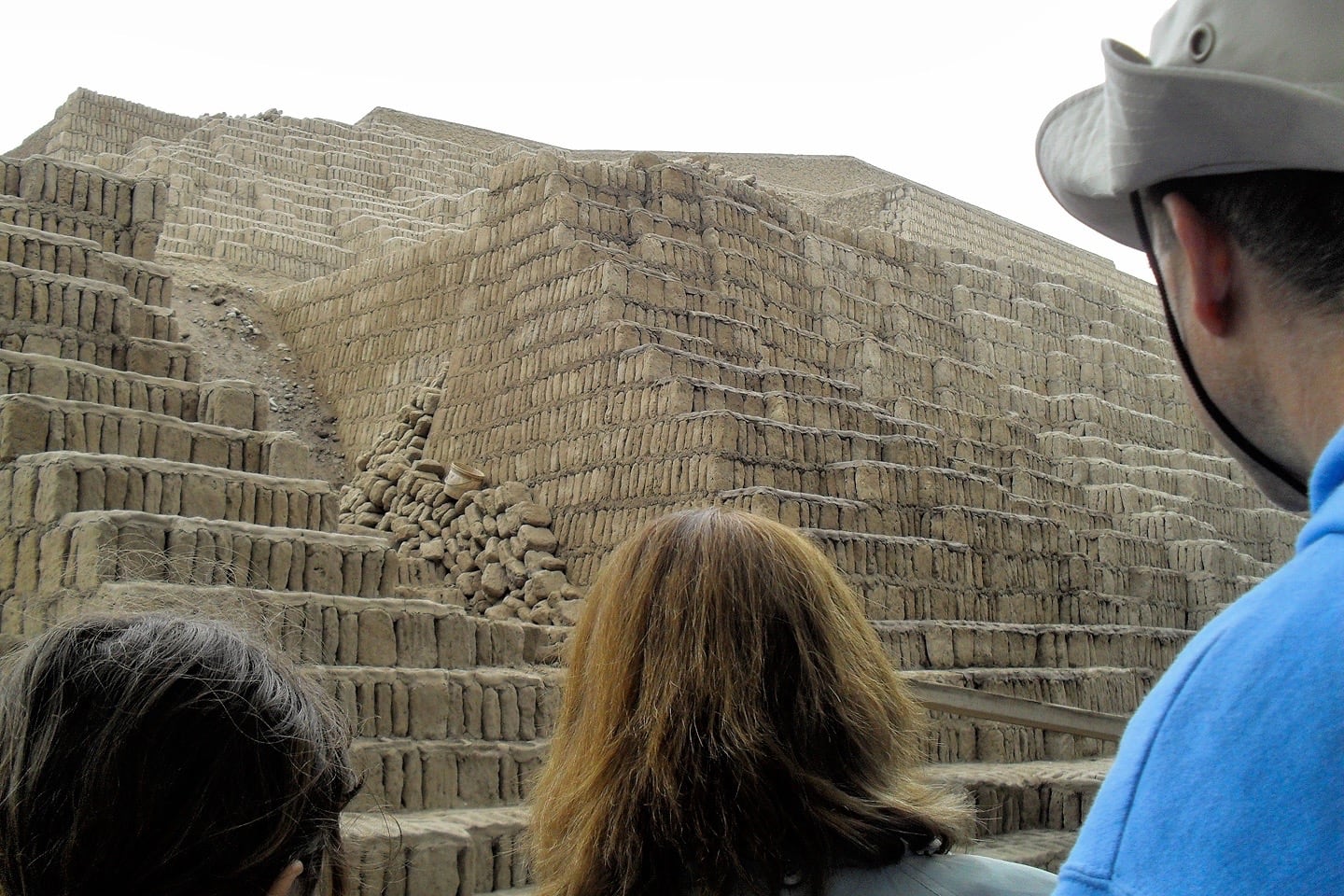 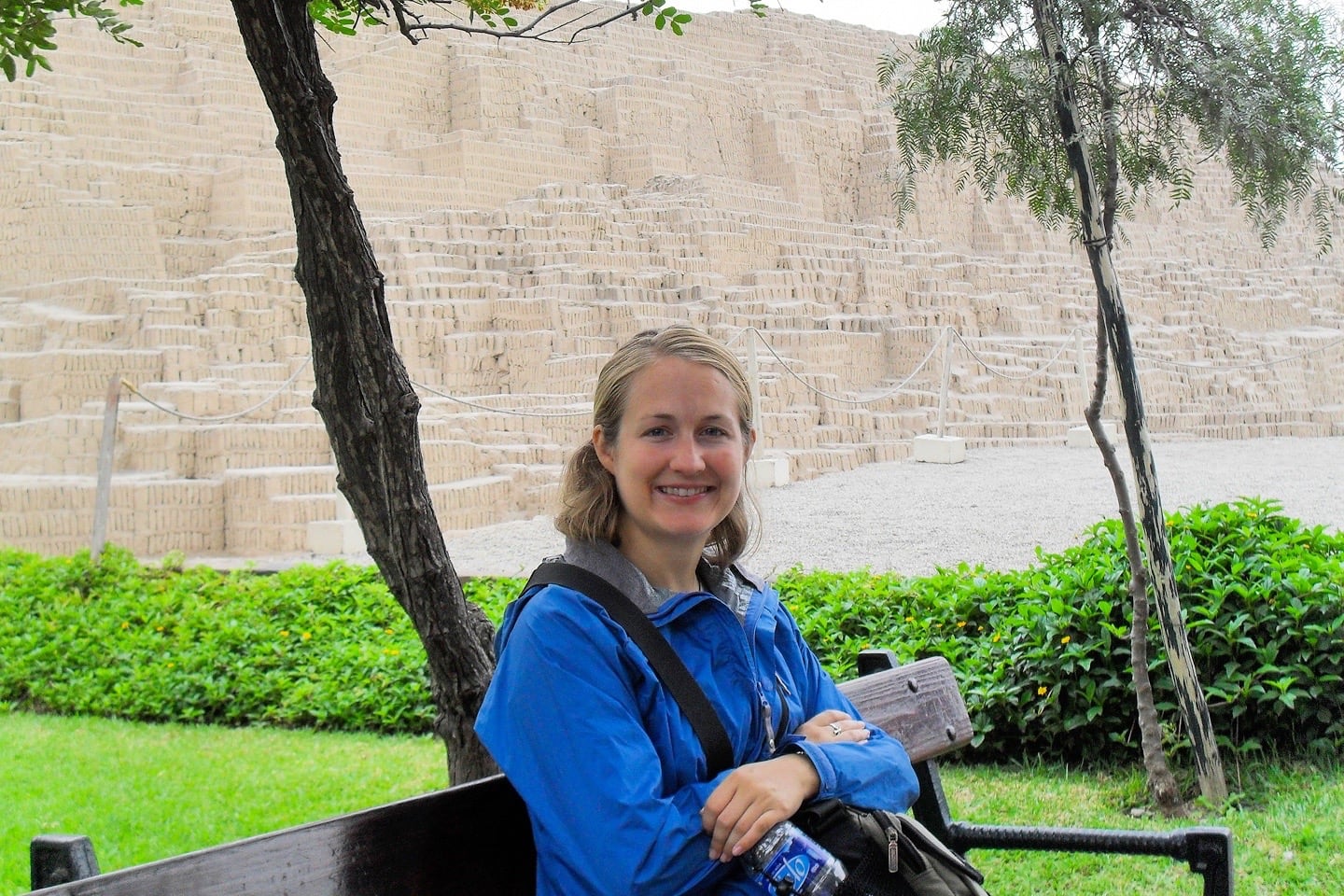 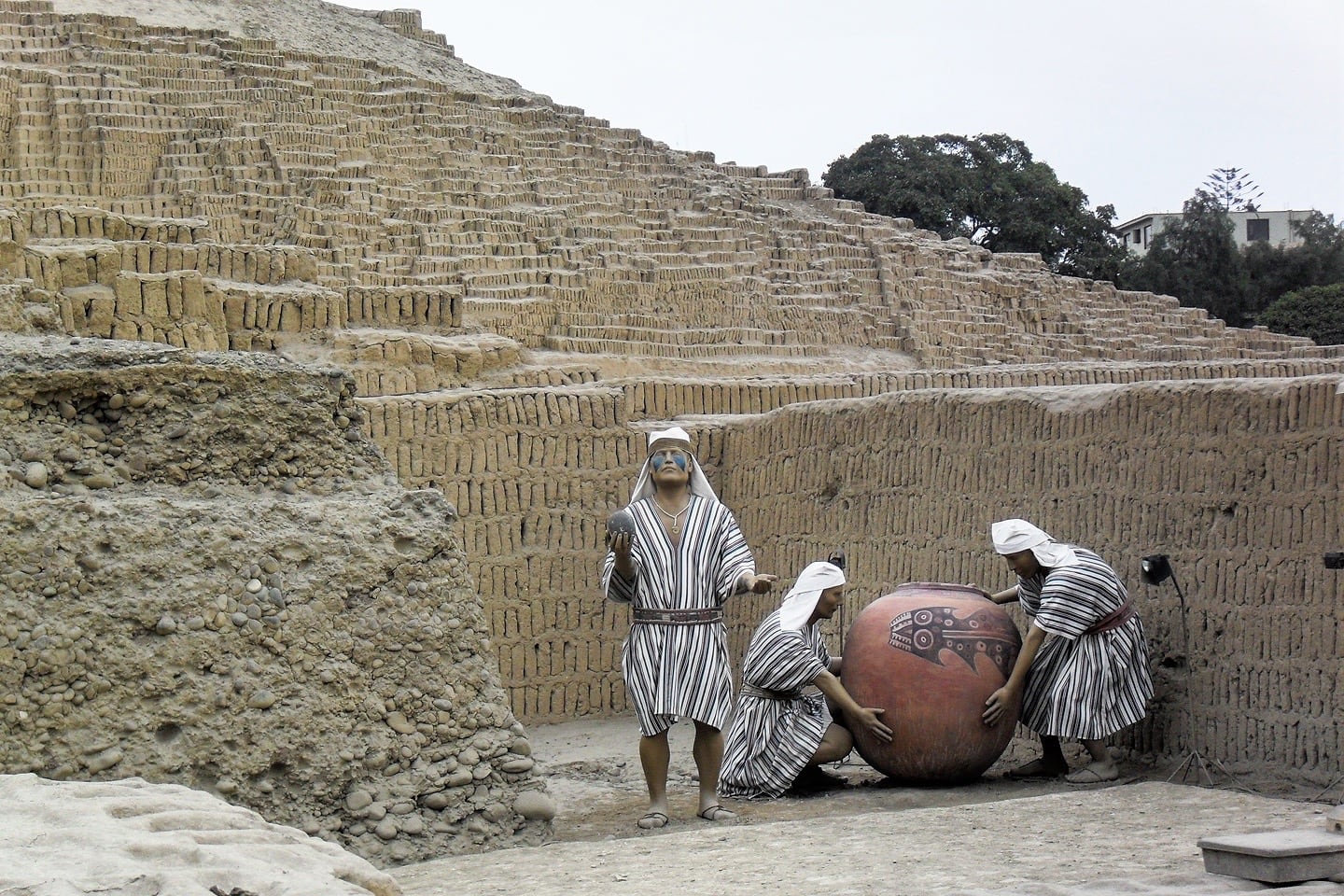 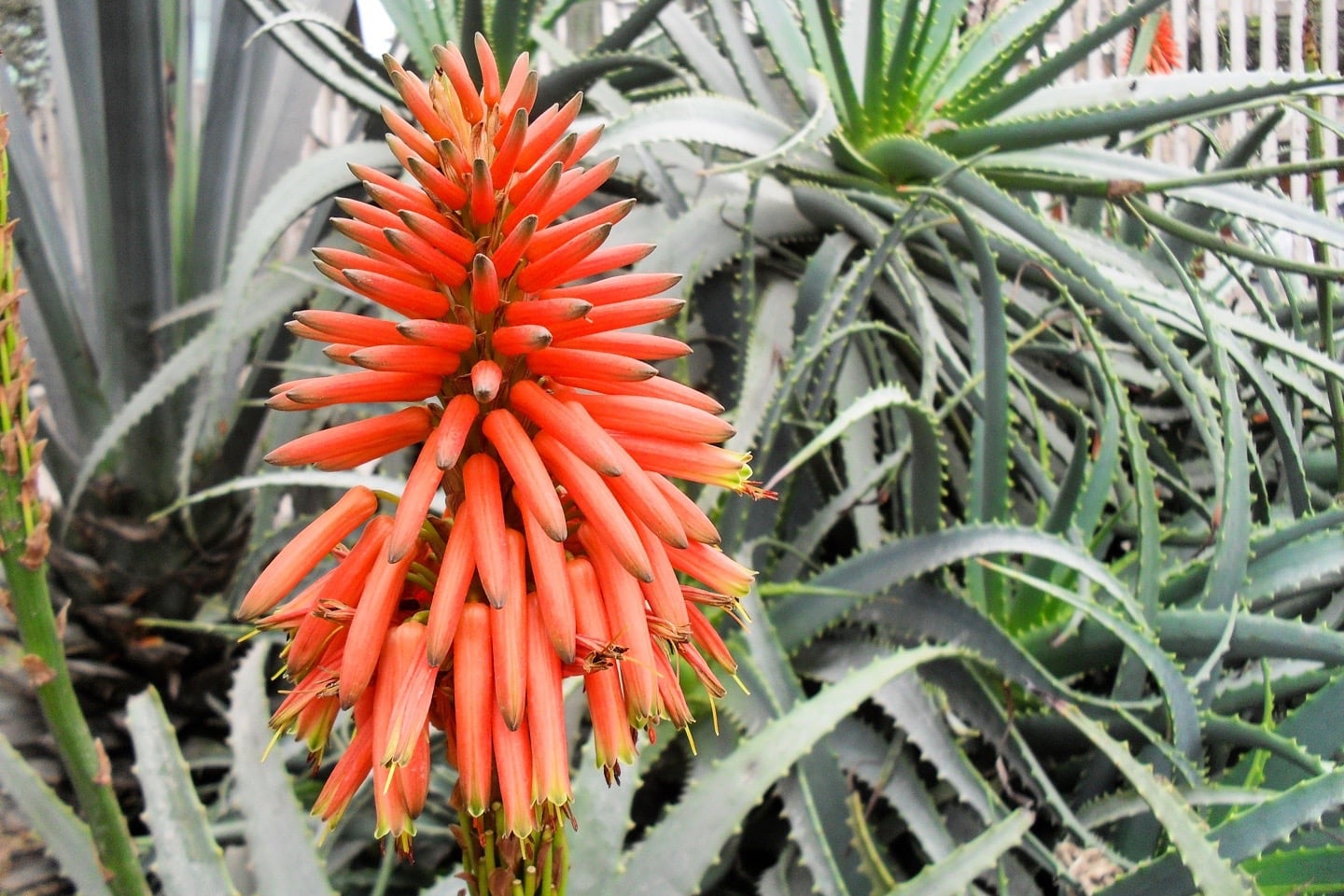 I thought it would be cool to live across the street from an ancient pyramid, but wasn’t crazy about the idea of sleeping on top of a human sacrifice burial ground which is what most of the site was built for. 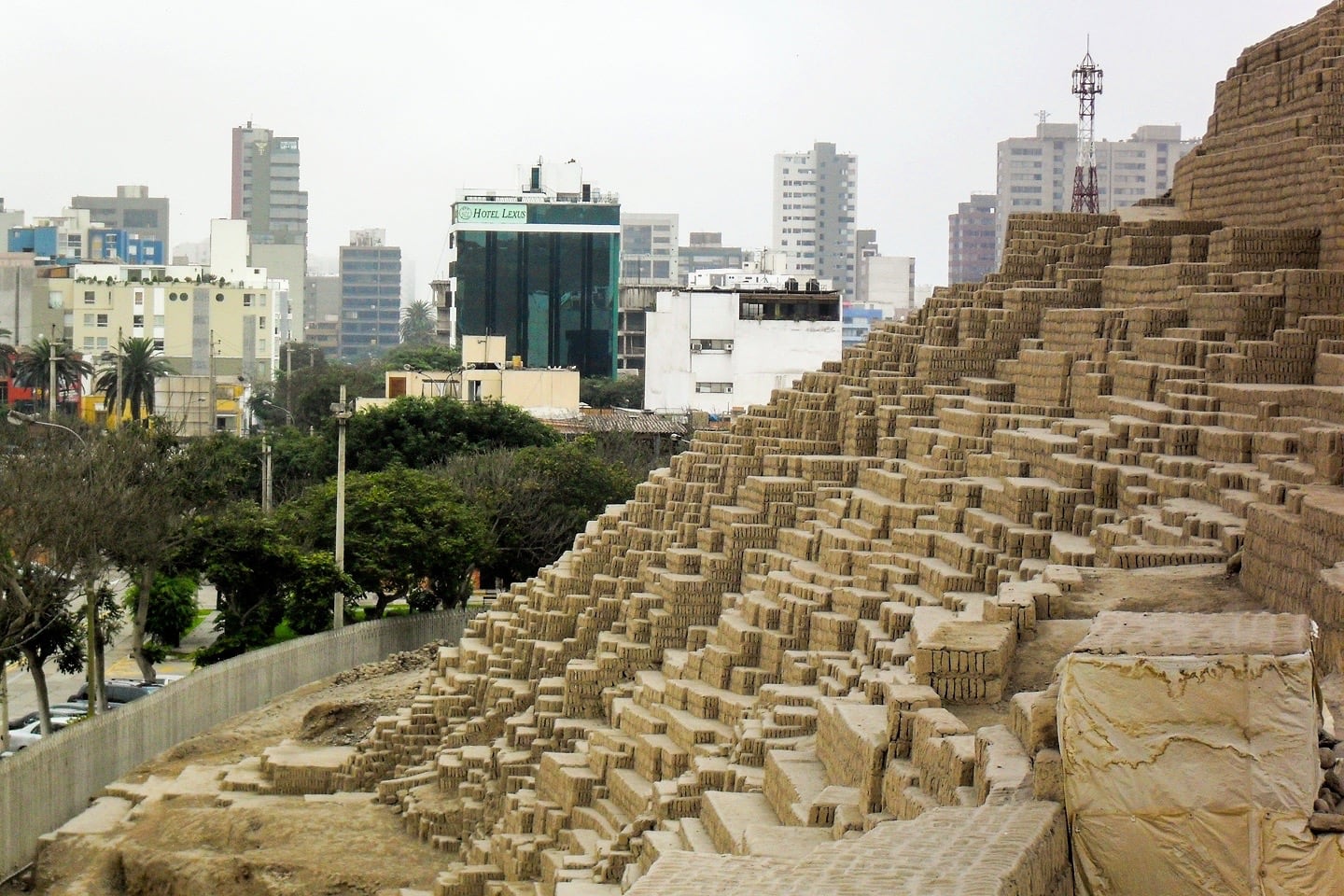 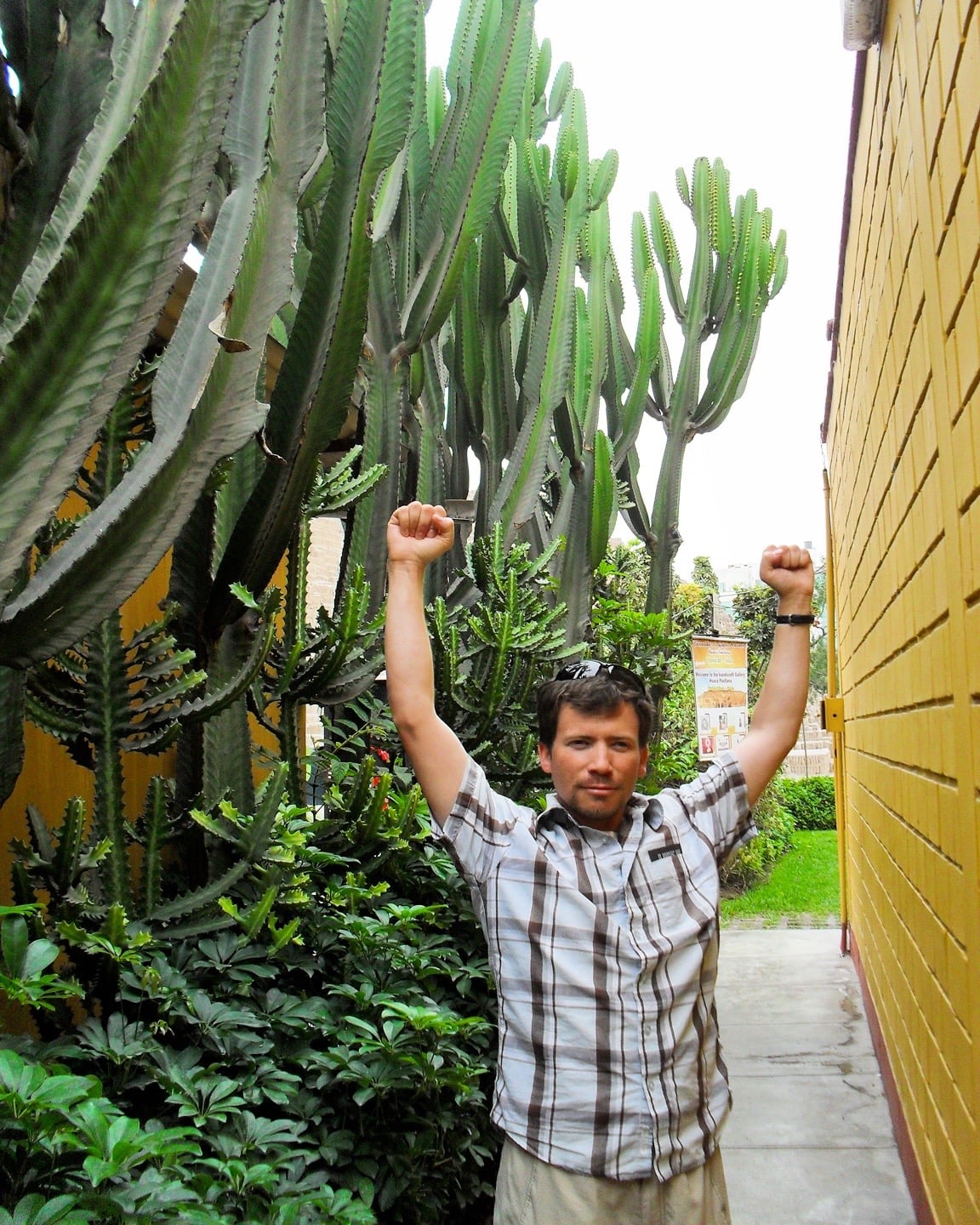 Afterwards, we headed to a small bar underneath our hostel for our first Peruvian beer (Pilsen Callao), where we managed to catch the last few minutes of the Uruguay-Ghana World Cup match. After trying to activate my cell phone from Mozambique (which didn’t work out quite the way I had hoped) we caught a taxi to the bus station for our 16 hour ride to Arequipa, southeast of Lima. 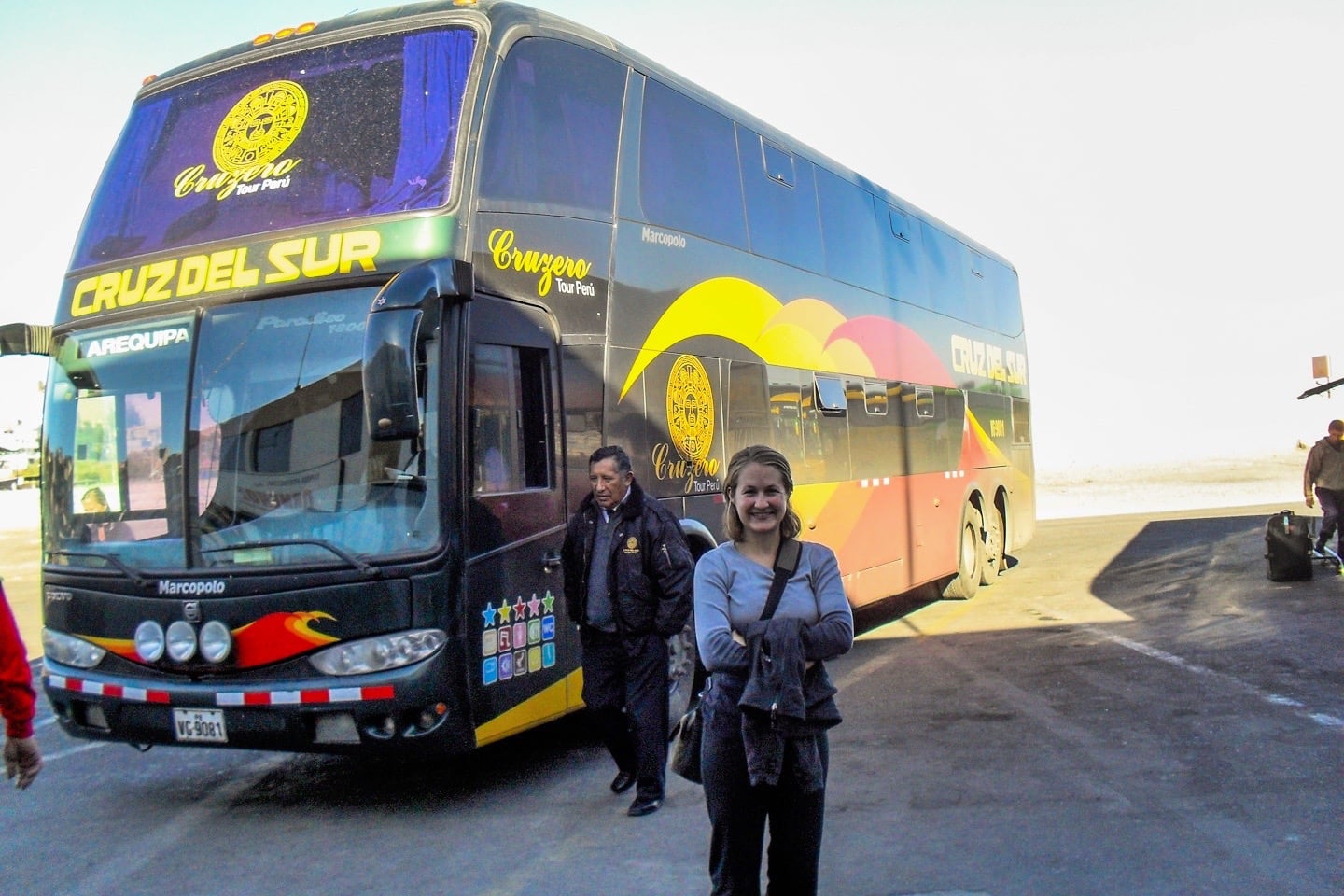 After some research, I learned that the stretch of road from Lima to Arequipa was quite treacherous, due to the rugged Andean terrain. So, we opted for one of the more reputable tourist-class bus lines, Cruz del Sur. We splurged for the “VIP” seats on the bottom level of the double decker bus (US$10 extra) that reclined to 160 degrees. They served us complementary hot dinners which were pretty tasty, and we even got in several rounds of “bingo” before hitting the hay. No blackouts (I came close), but a good, rapid review of Spanish numbers…

Lori somehow managed to fall right asleep after devouring her Peruvian dinner AND Inca Kola (the popular bubblegum flavored soda that must be 80% sugar). I, on the other hand, had some difficulty sleeping on the winding, and often gravel or dirt roads, so we’ll probably keep our overnight buses throughout the Andes to a minimum. 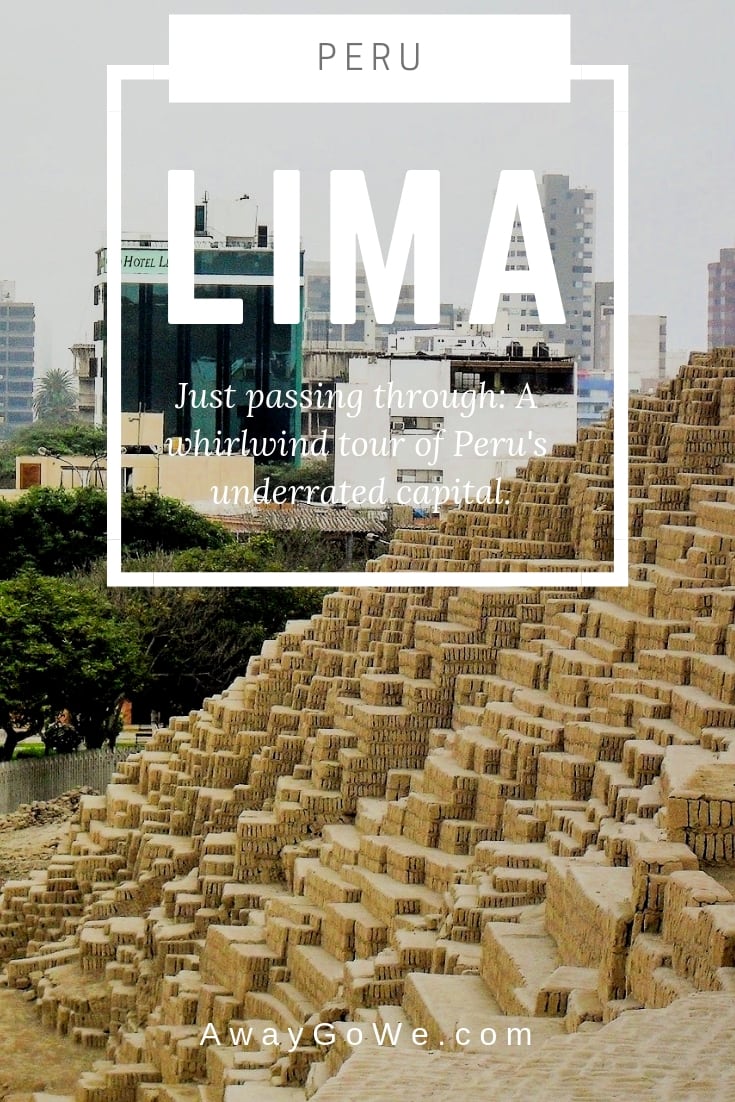 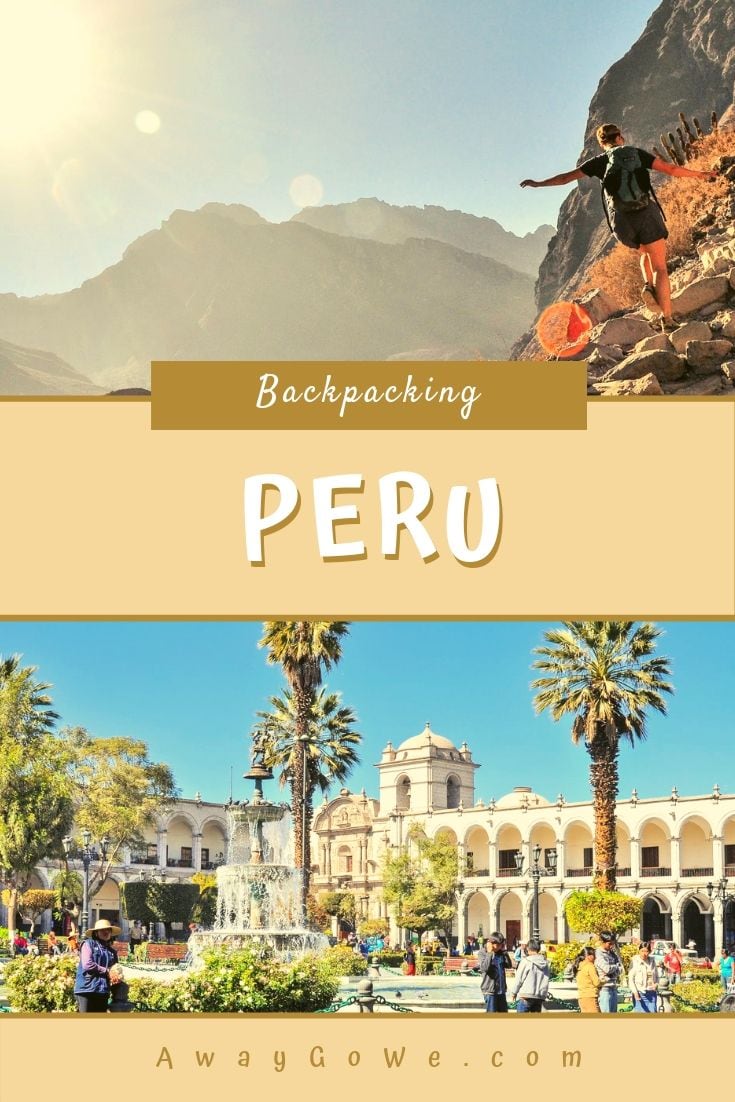