We take a hike…up into the Southern Drakensberg to see what we can see…which isn’t much at first, but are rewarded for our efforts in the end. 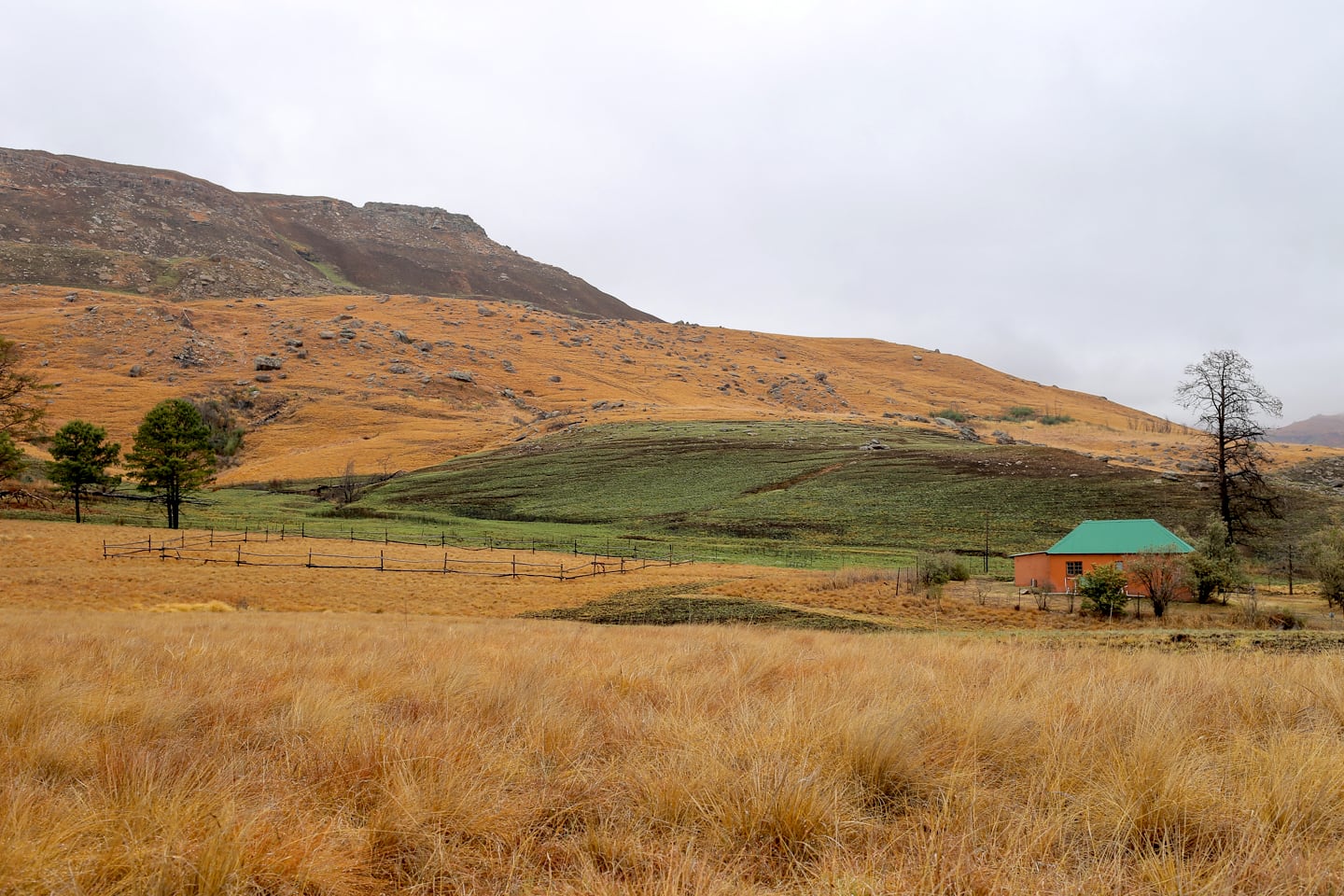 After soaking up the sun and surf in Coffee Bay,  we head north into the Drakensberg mountain region, and back into the clouds. 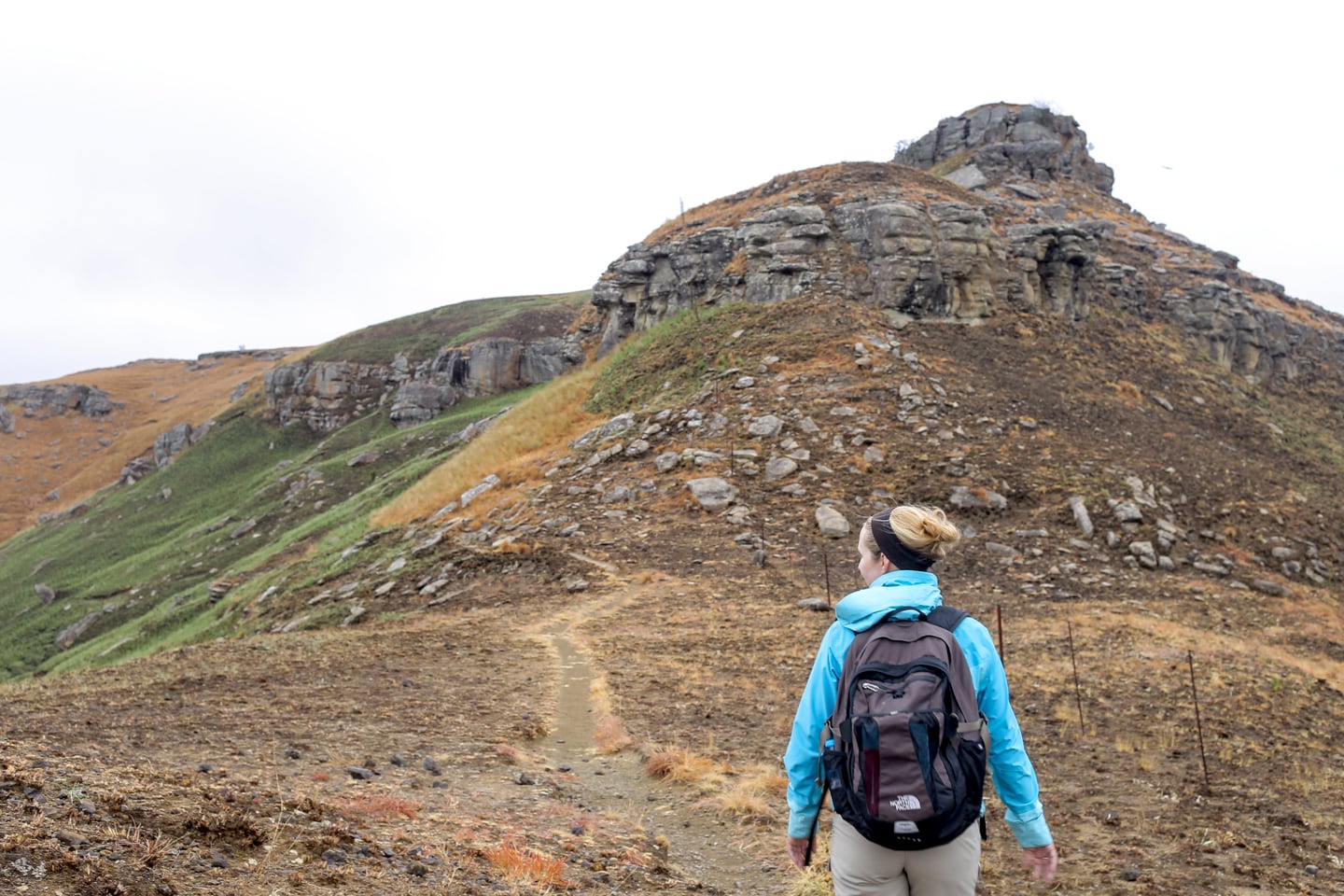 Nine years ago, I had visited the Northern Drakensberg with my sister who was visiting me in southern Africa over the holidays. It was December and I remember having amazing weather and nearly unlimited visibility on our hiking days. This time around, we did eventually get some excellent weather, but not until the day after our main hiking day. Win some, lose some, I guess. Regardless, the hike up to the summit of Ndlovini Mountain and beyond still ranks up there as one of the top three hikes we’ve done in the past few years. No scrambling or climbing involved, just a good, hearty trudge upwards and onwards and a nice amble along plateaus. 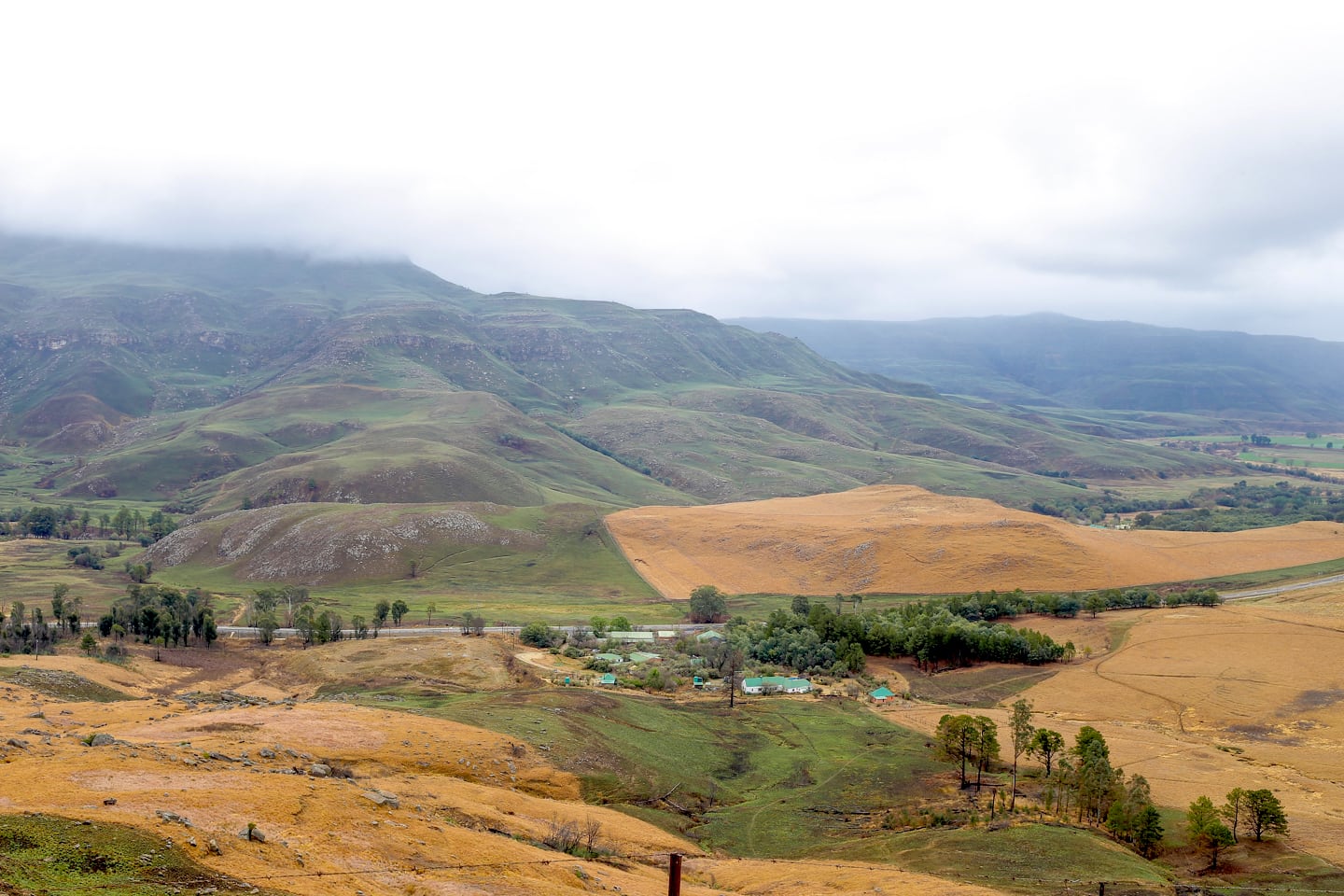 We stayed three nights at Sani Lodge, very near the Sani Pass crossing into Lesotho. Sani Lodge sits about a mile above sea level, and the Ndlovini summit takes you up another 2,000 feet or so. The views were pretty breathtaking, that is, until we climbed up into the clouds. 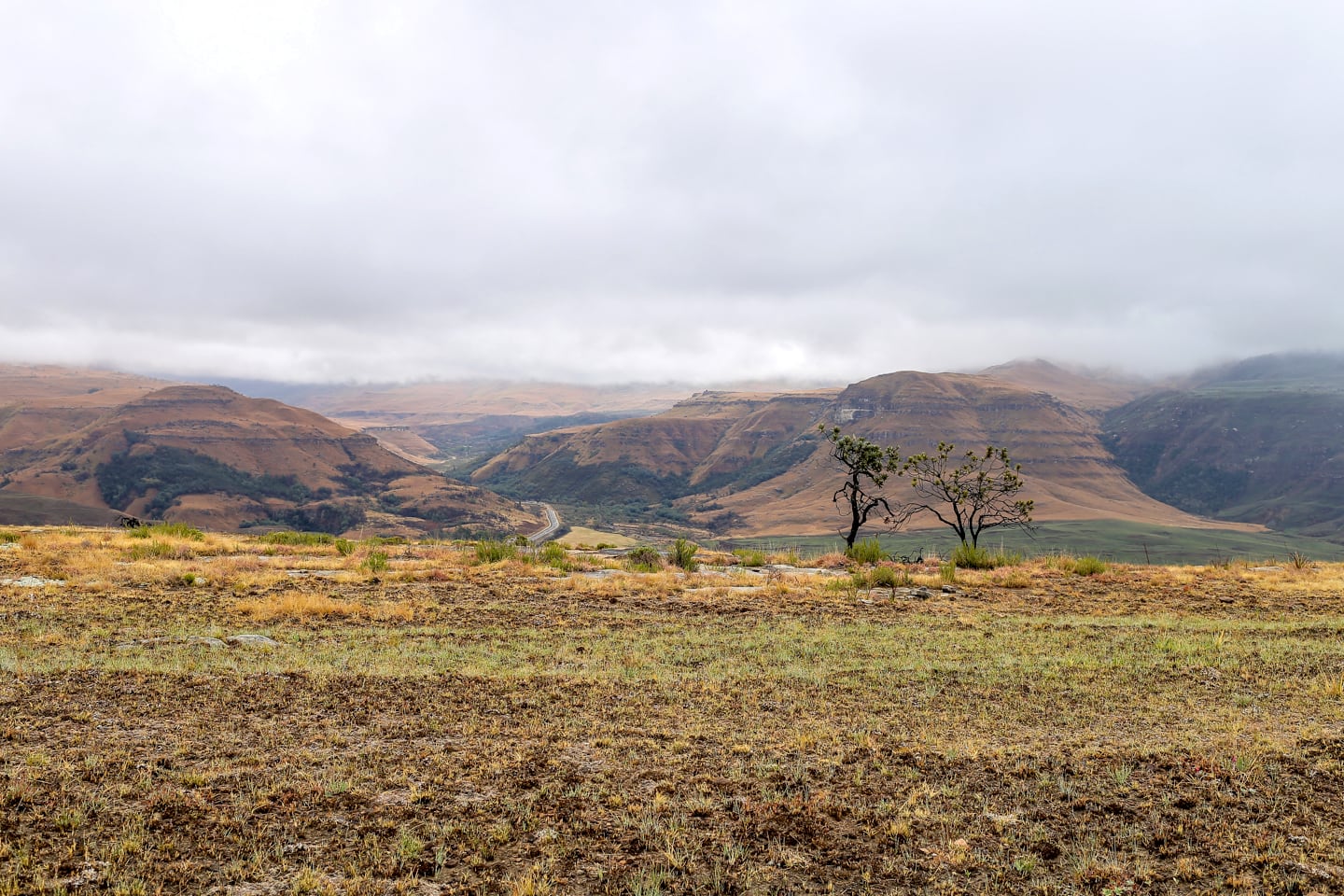 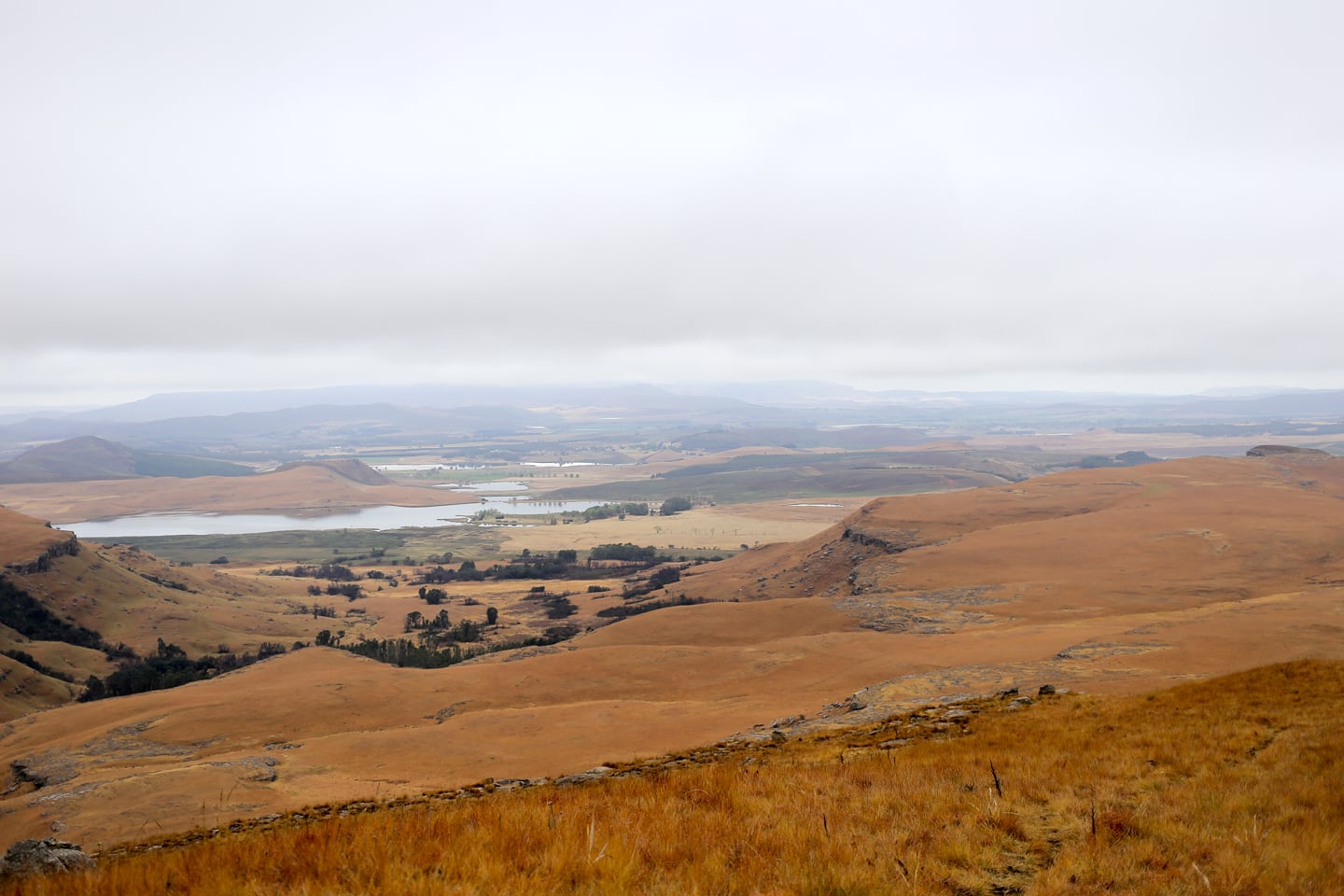 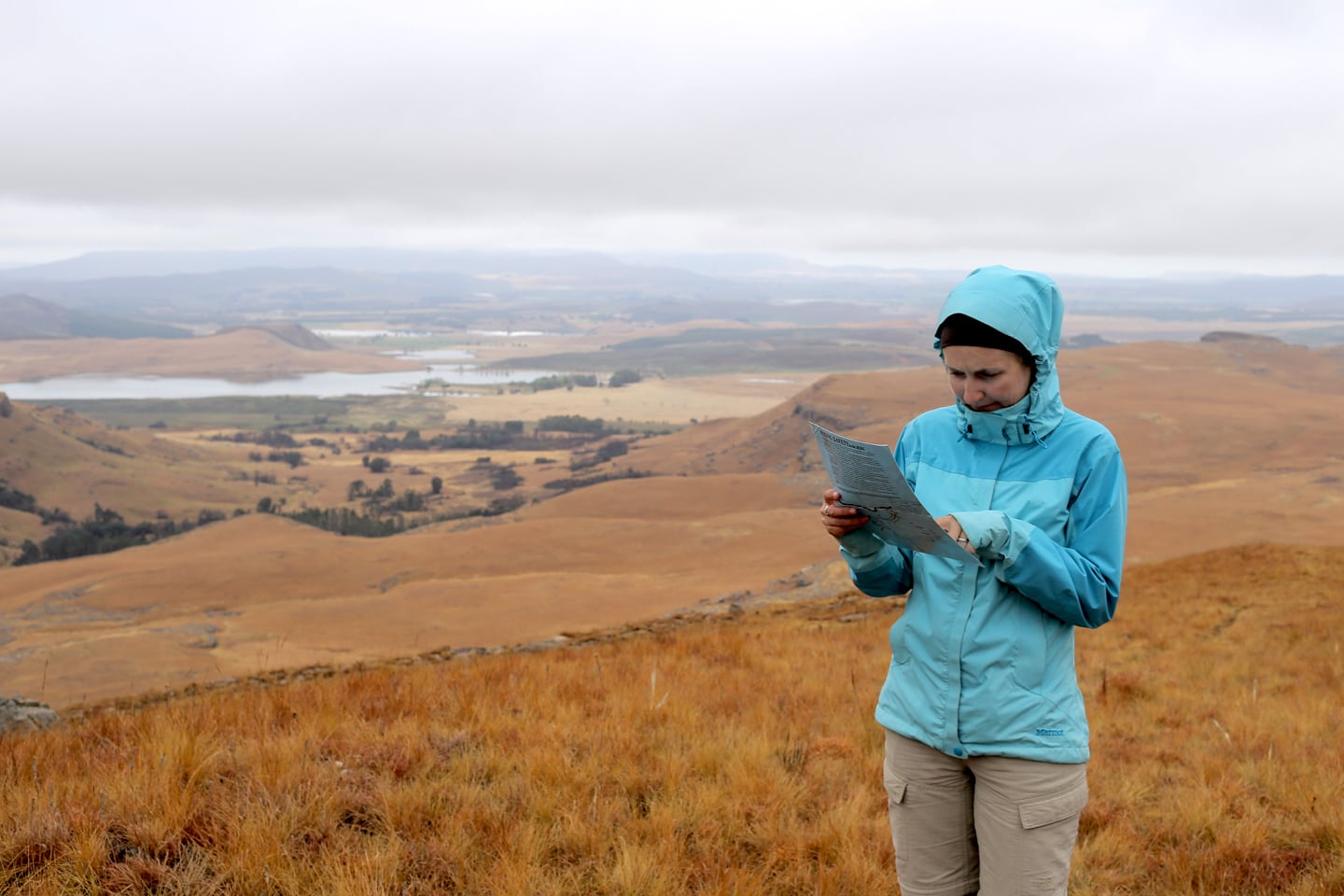 The trail started at the lodge (literally, right from the toilets) and gained altitude quickly before leveling off on a long and picturesque plateau. The trails around here aren’t marked well (often simply with cairns, and footprints if you’re very lucky). Sani Lodge provides laminated maps that you pay a small refundable deposit on which are a necessity for doing this particular hike. At times, you’re looking for very faint trails through grass… 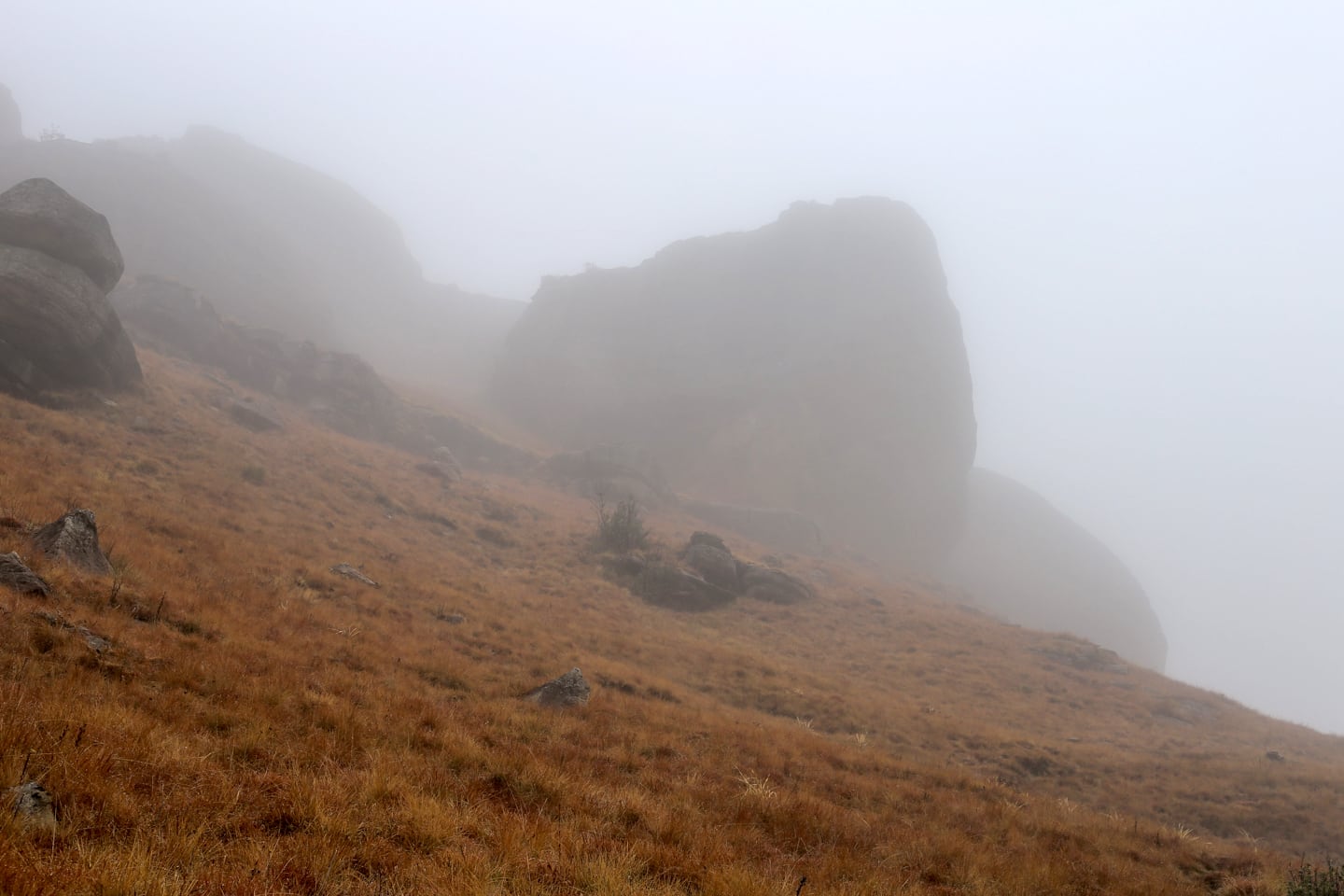 …and sometimes it was difficult to even spot where the mountain was. 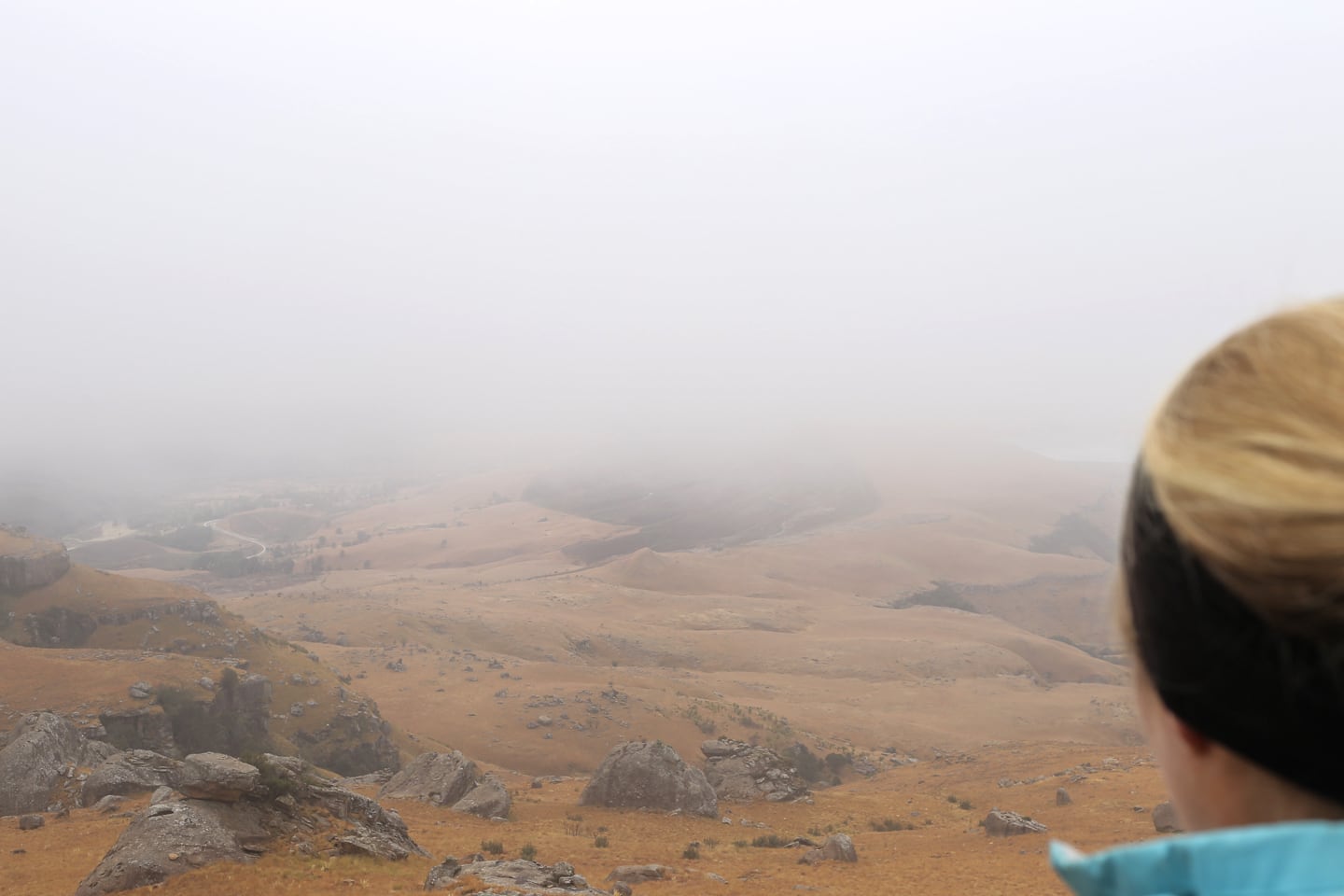 Above, Lori, enjoying the view…while it lasts… 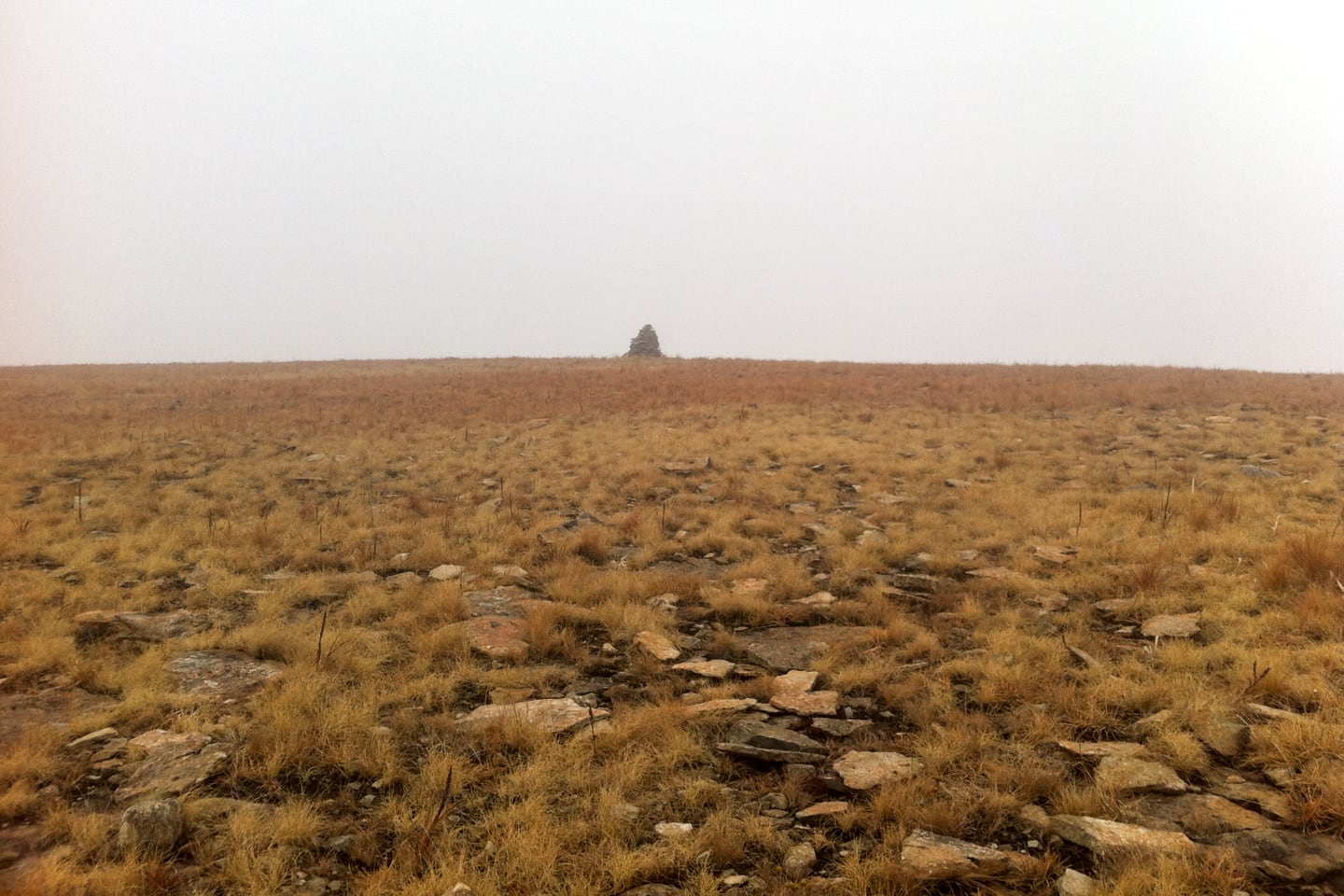 We were doing two hikes combined, one which was estimated to take 6-7 hours and another, 4-5 hours — we hoped there was some overlap in there.

After about 2.5 hours, we reached the large pile of rocks marking the summit. It was difficult to find in the fog, but somehow we found it. We made our way to the summit, staying just long enough to mark our accomplishment, before retracing our tracks about 100 meters to a less windy area for having lunch. 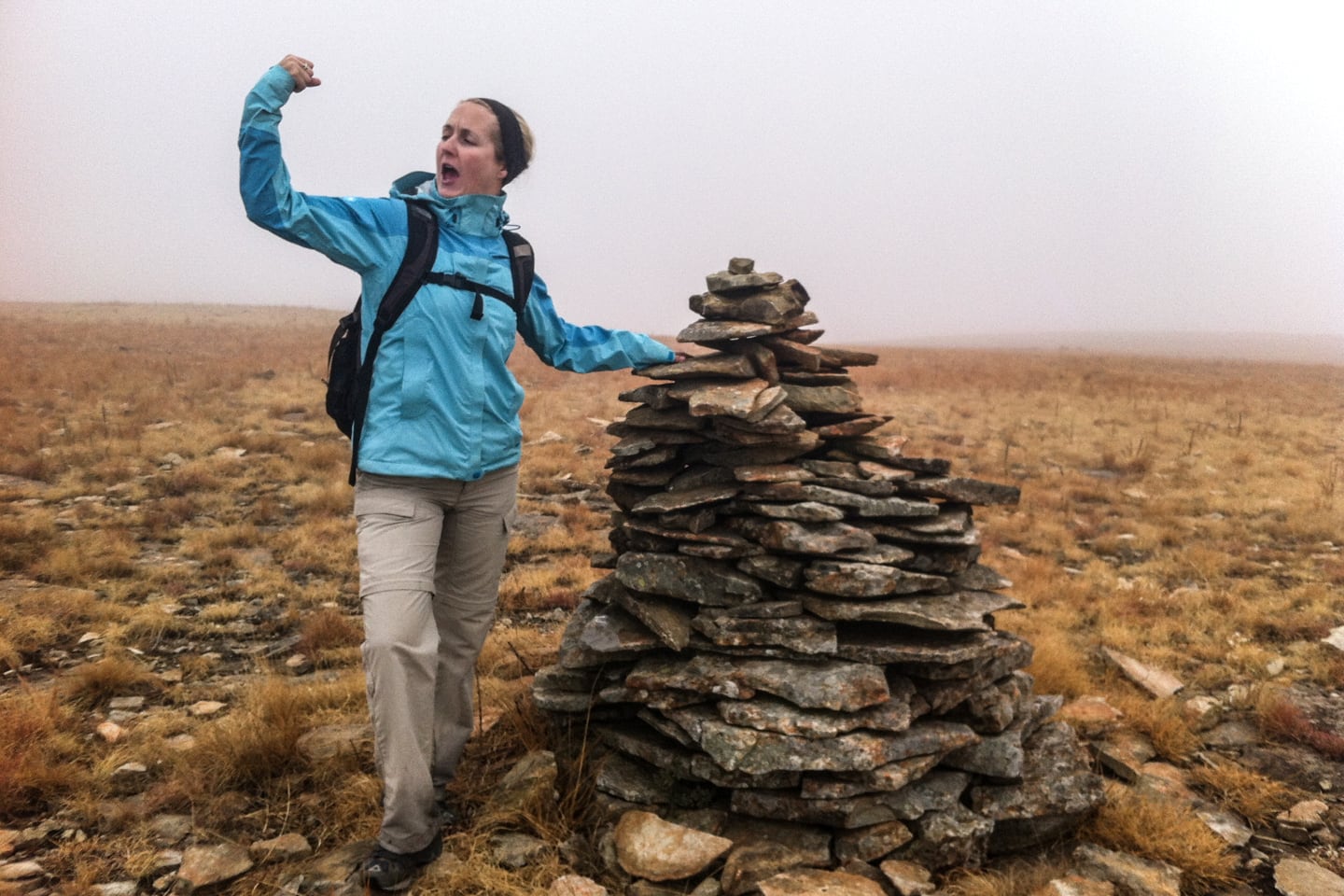 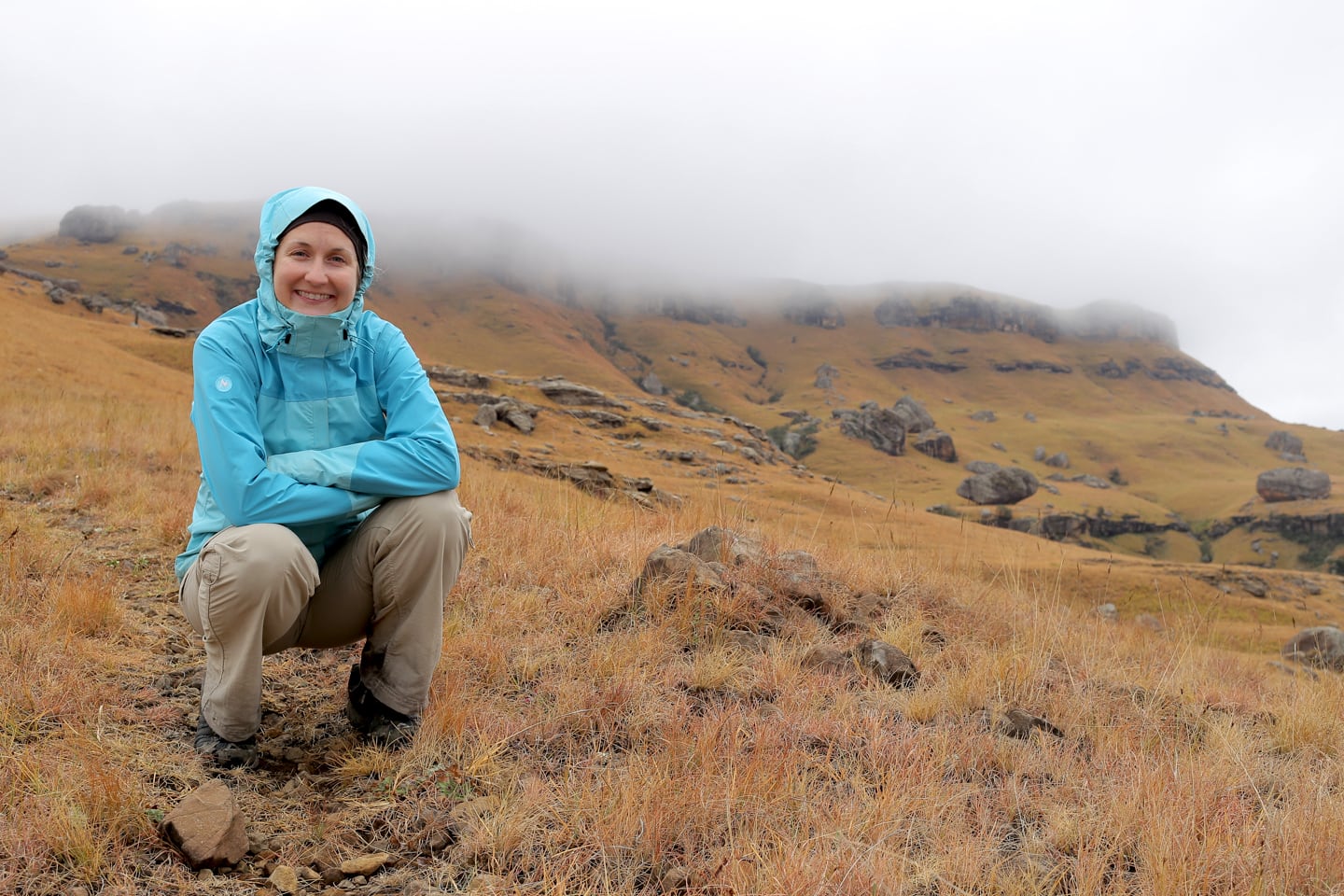 On our way back down the mountain, the fog finally lifted just enough to catch a glimpse of the summit of Ndlovini. So that’s what it looks like! 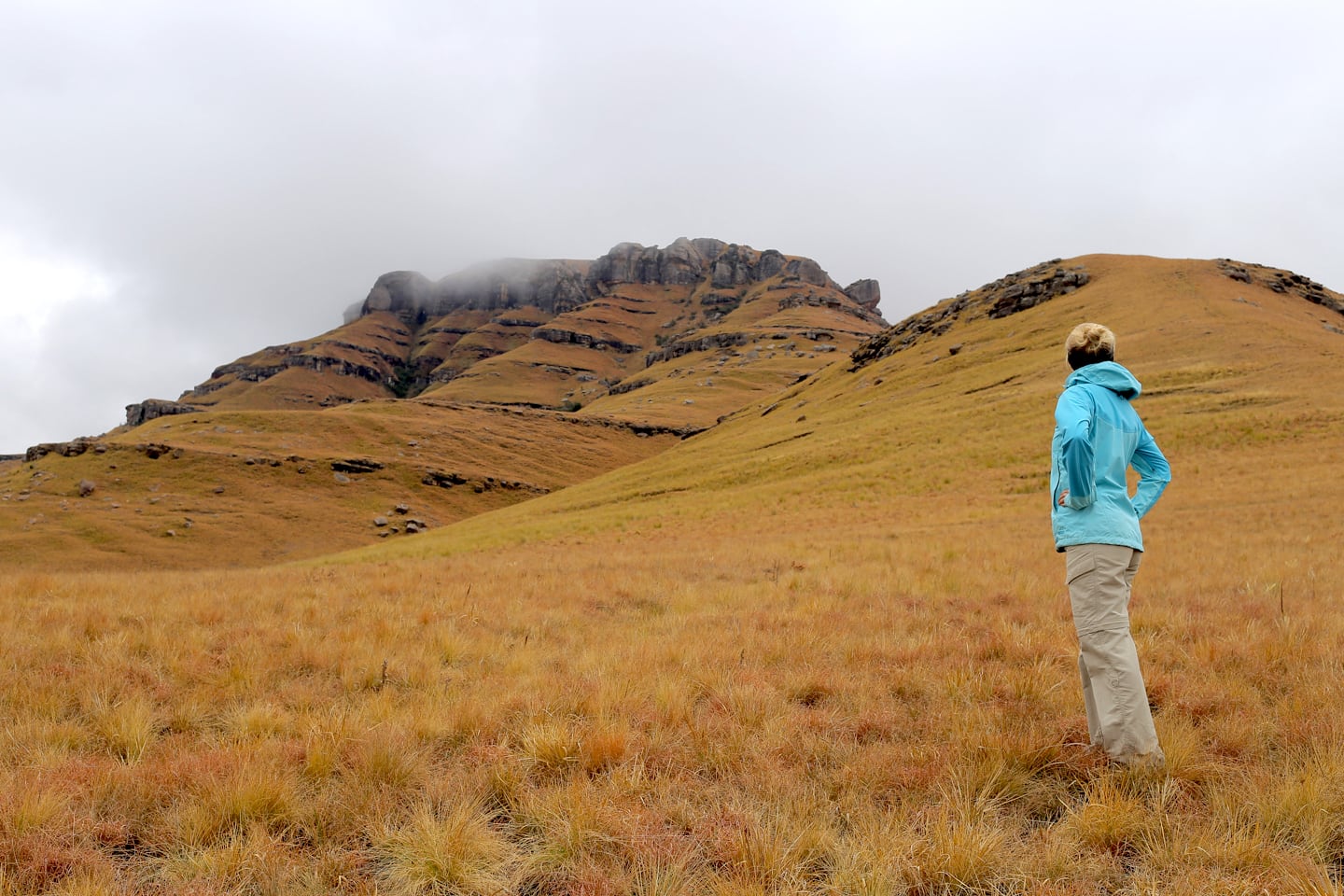 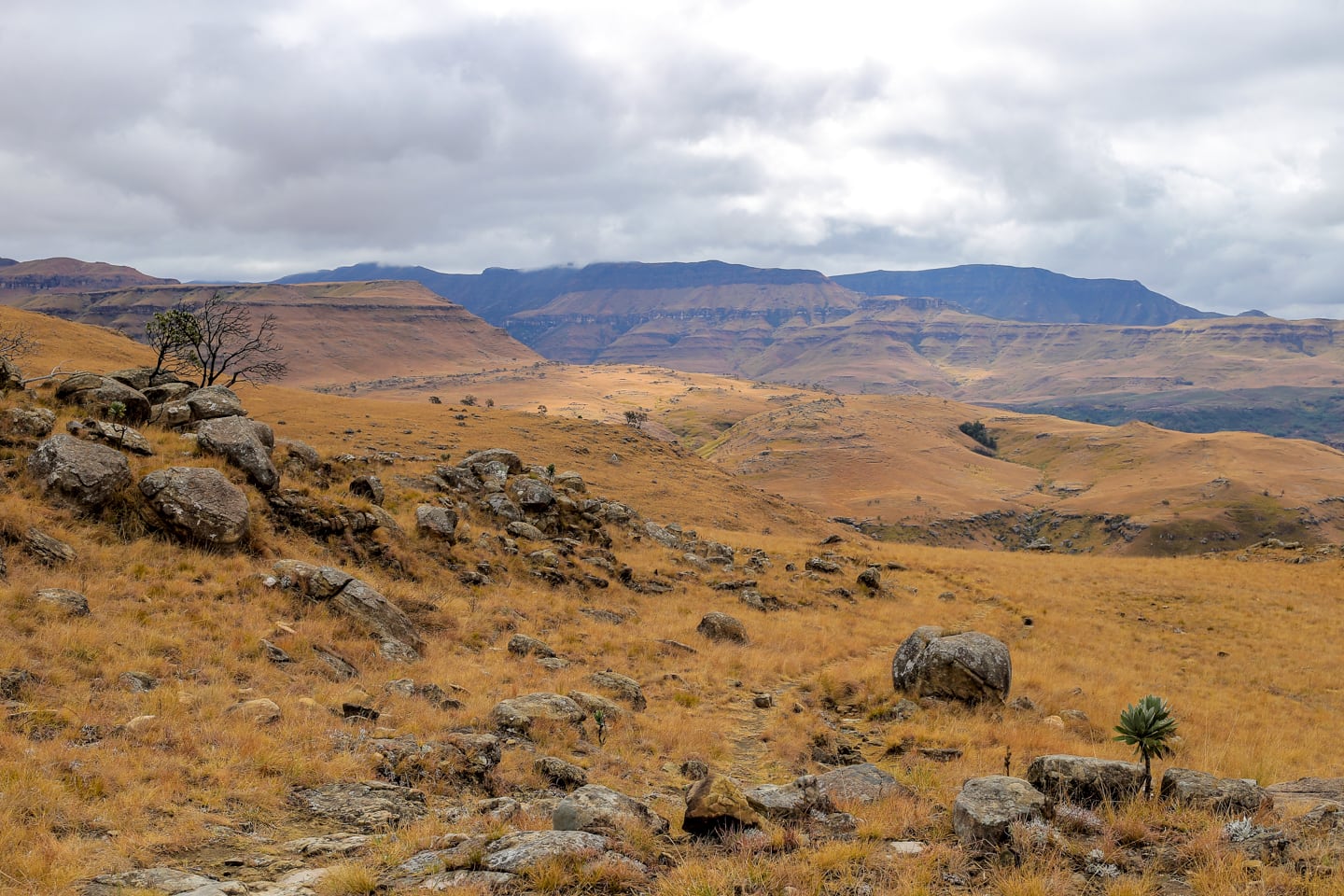 We continued on, hooking on to the second trail to make a large loop back to the lodge — we had no idea just how large this loop would be. 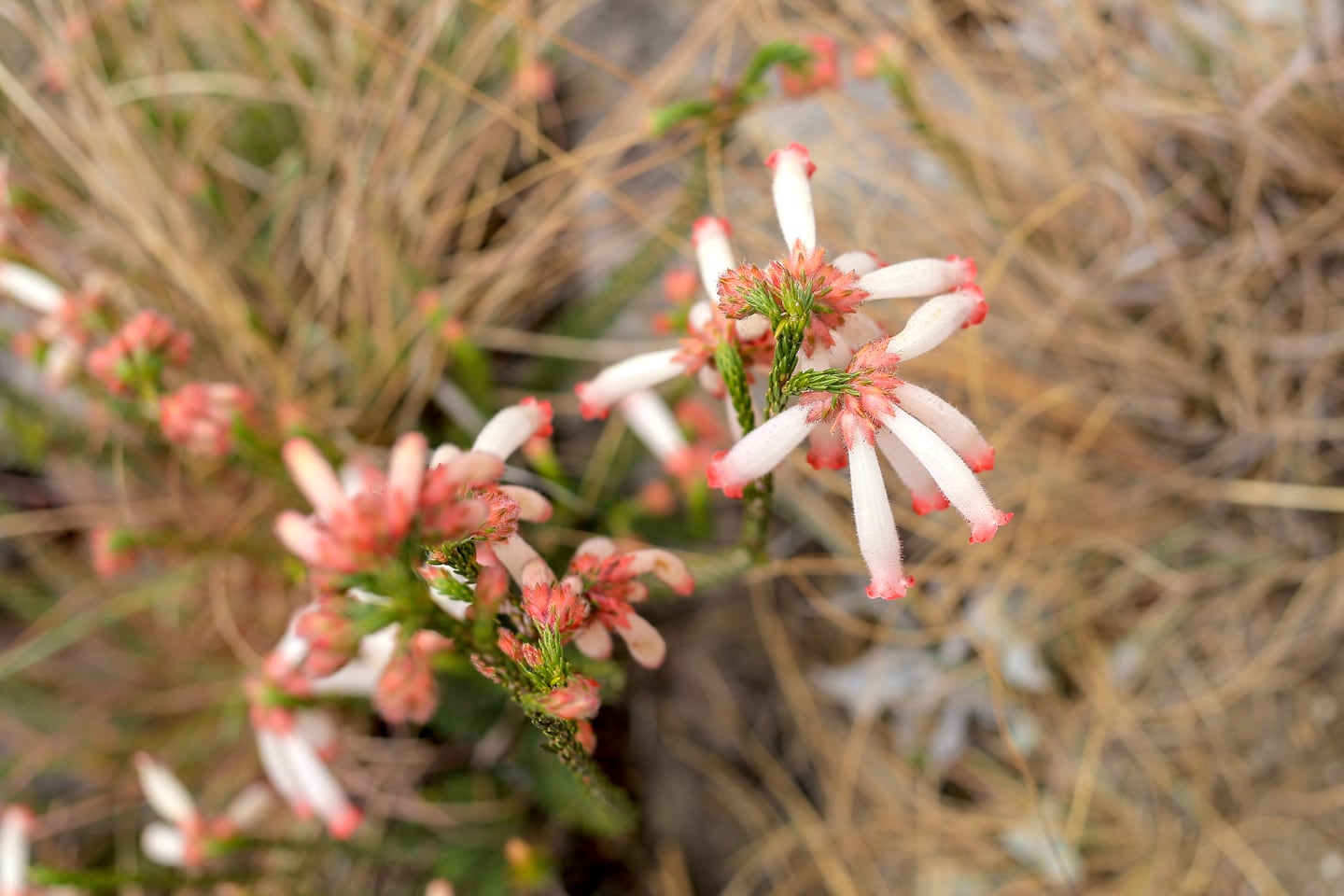 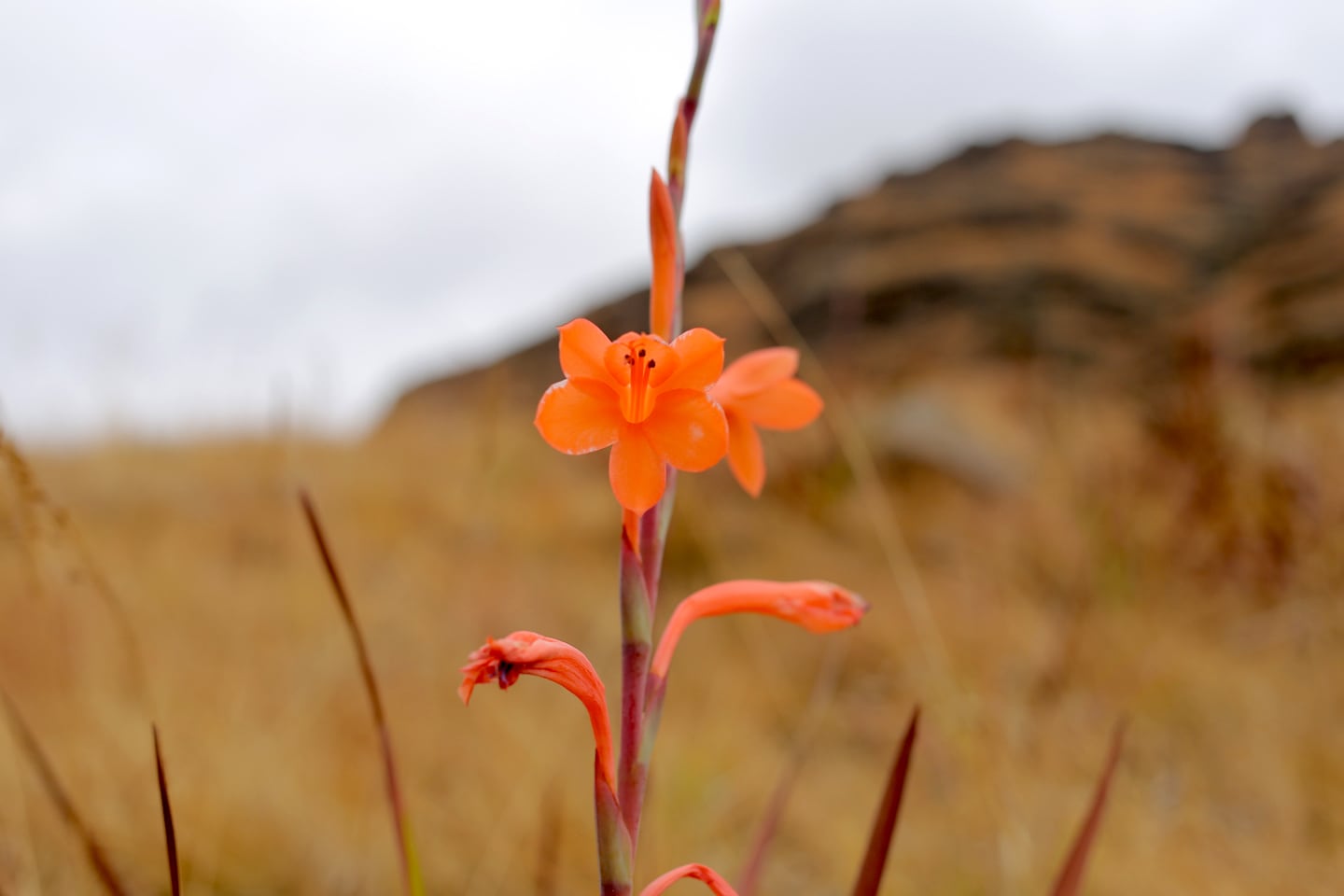 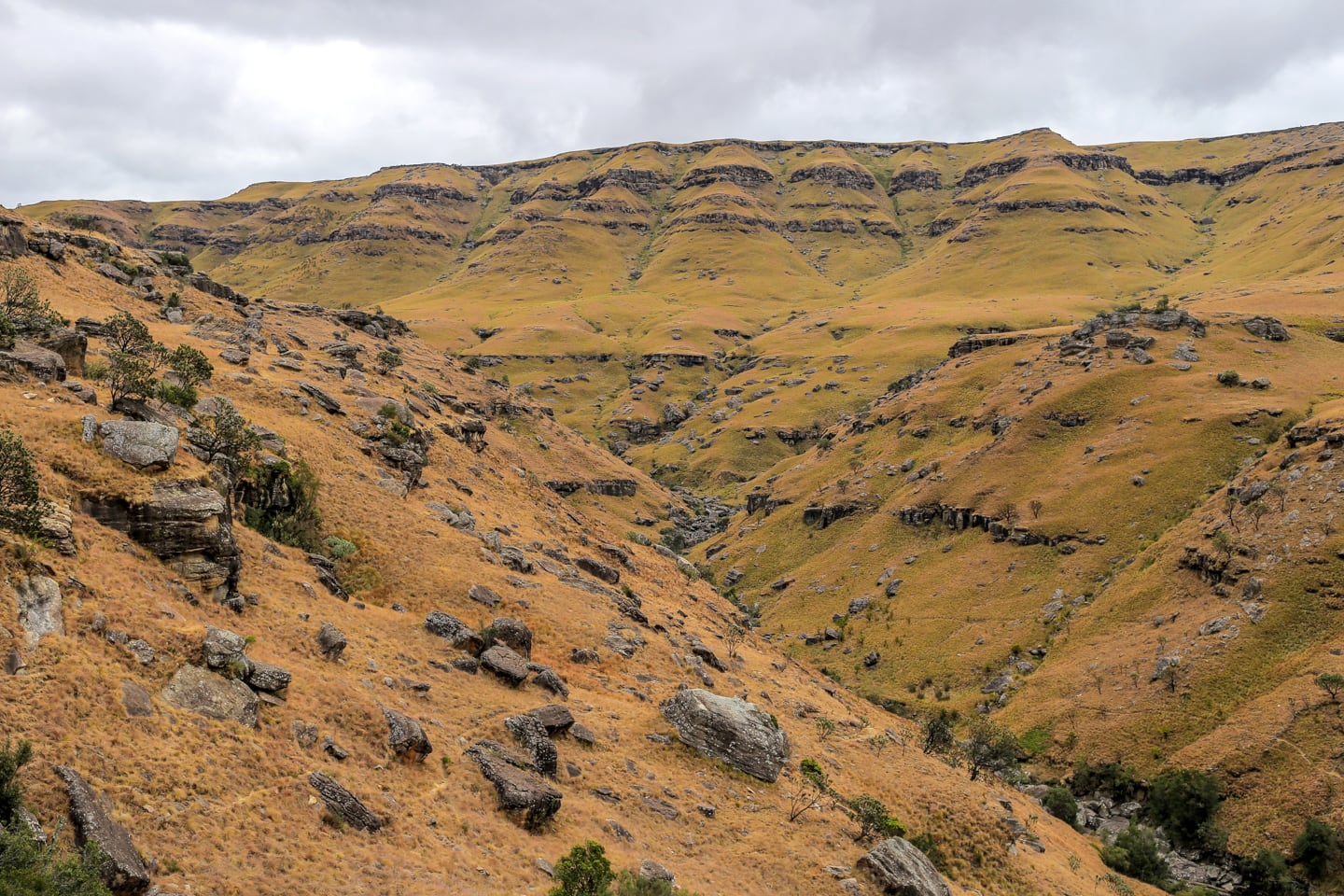 The return journey took us down into a scenic canyon with unique rock formations and idyllic swimming pools…if only it were 20 degrees (F) warmer! 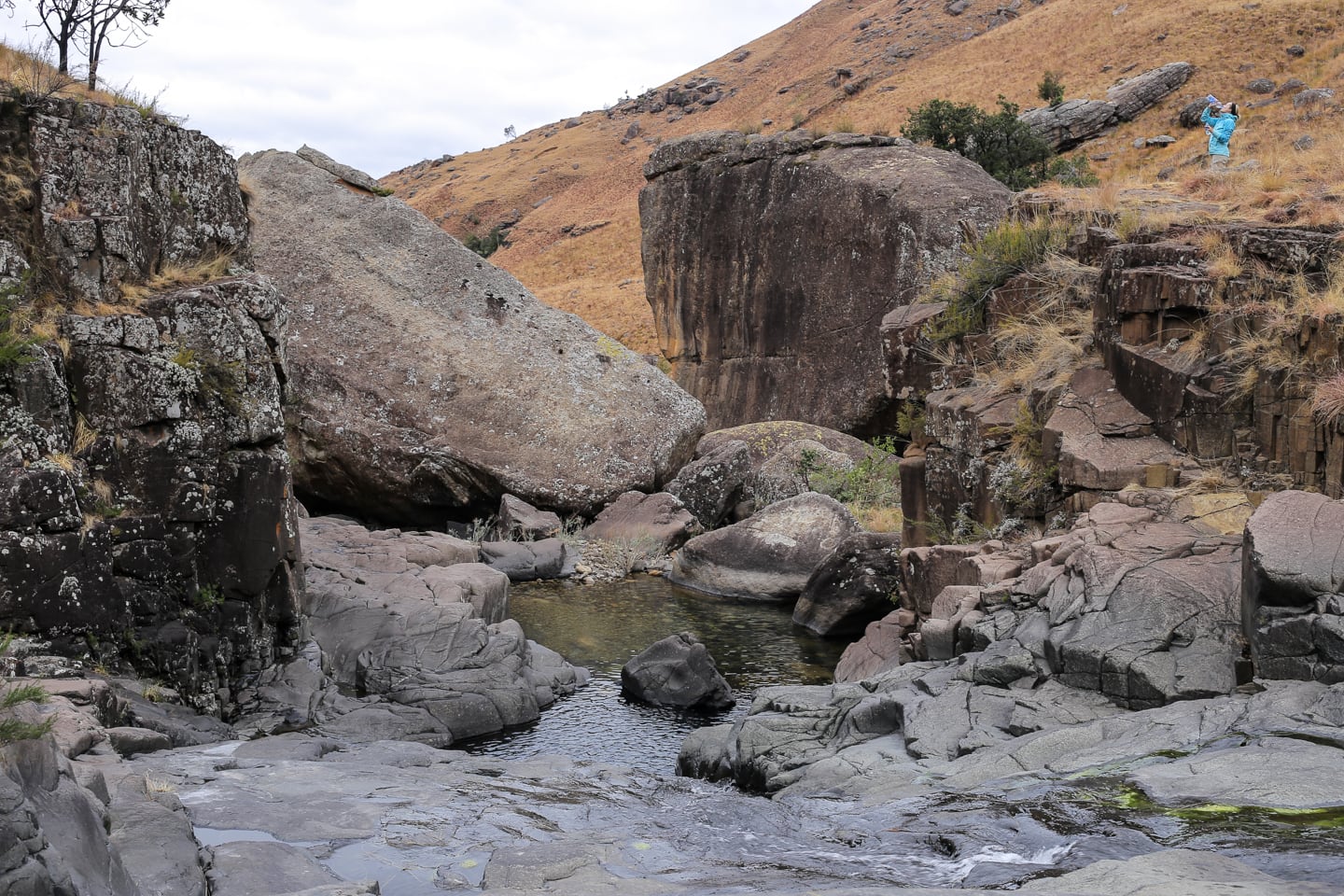 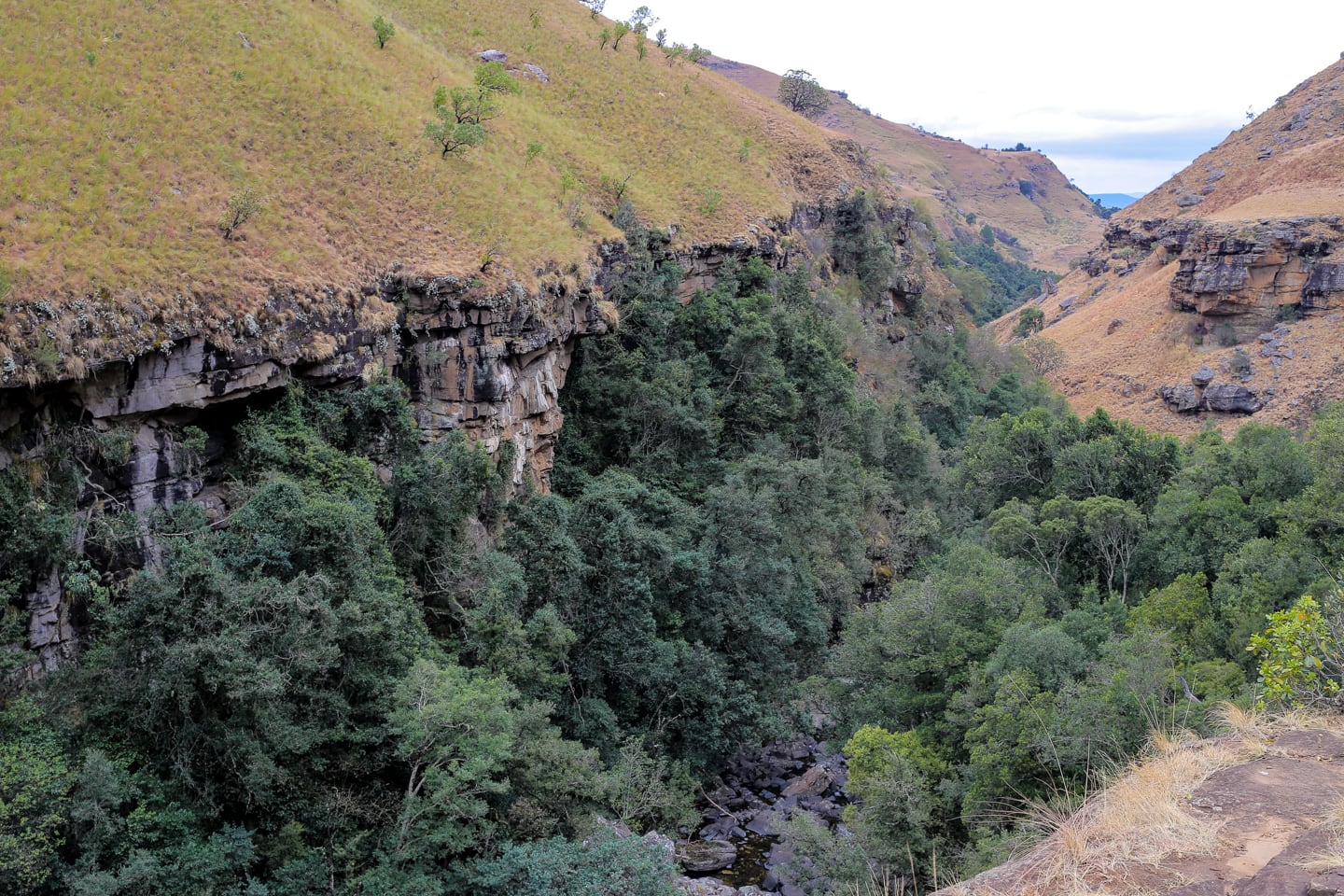 At one point, the trail dropped into a lush oasis of thick forest and sheer cliffs.

Find Tours & Things To Do Around the Drakensberg 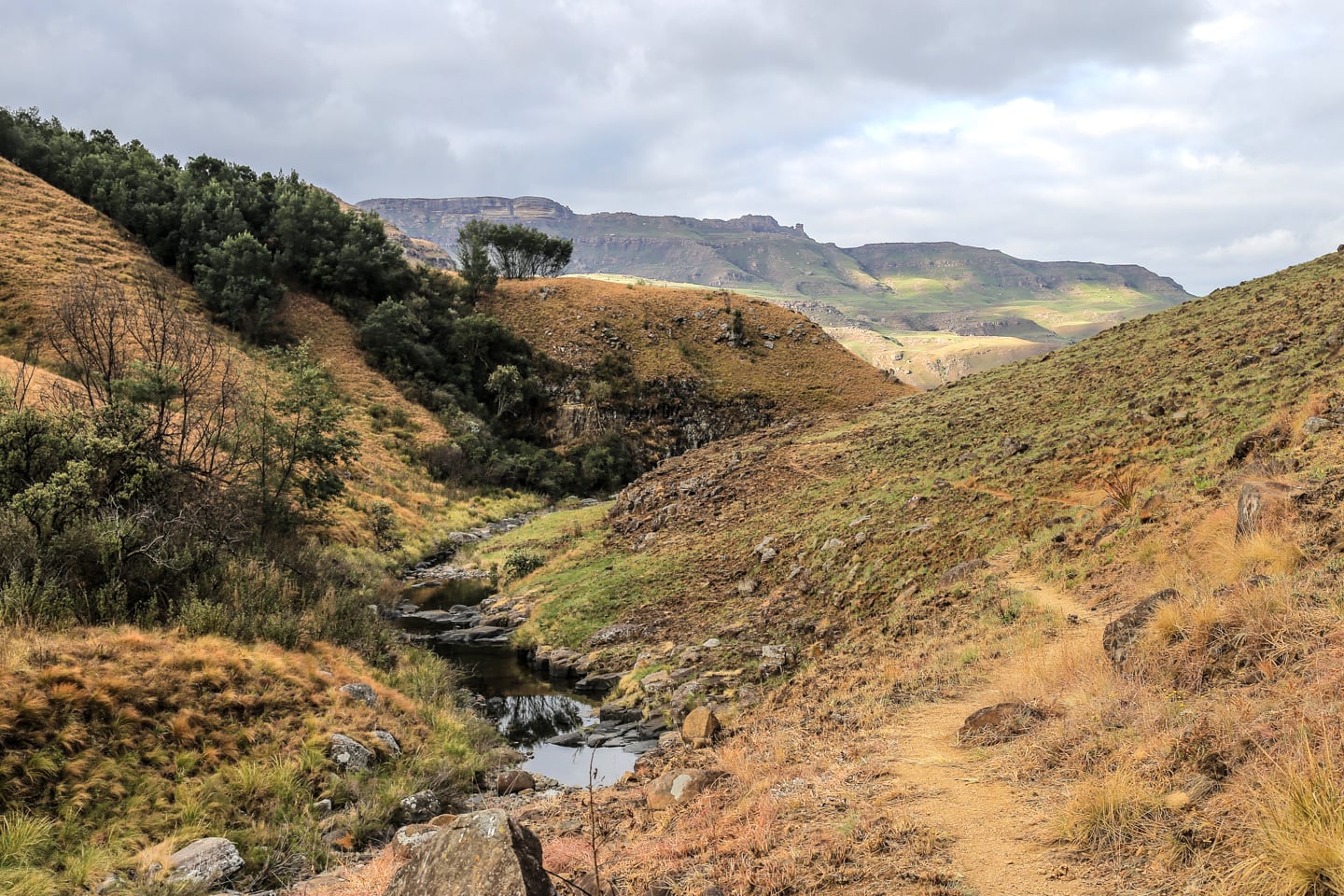 After another 40 minutes, the canyon ran out and we found ourselves following the brook back to the highway. 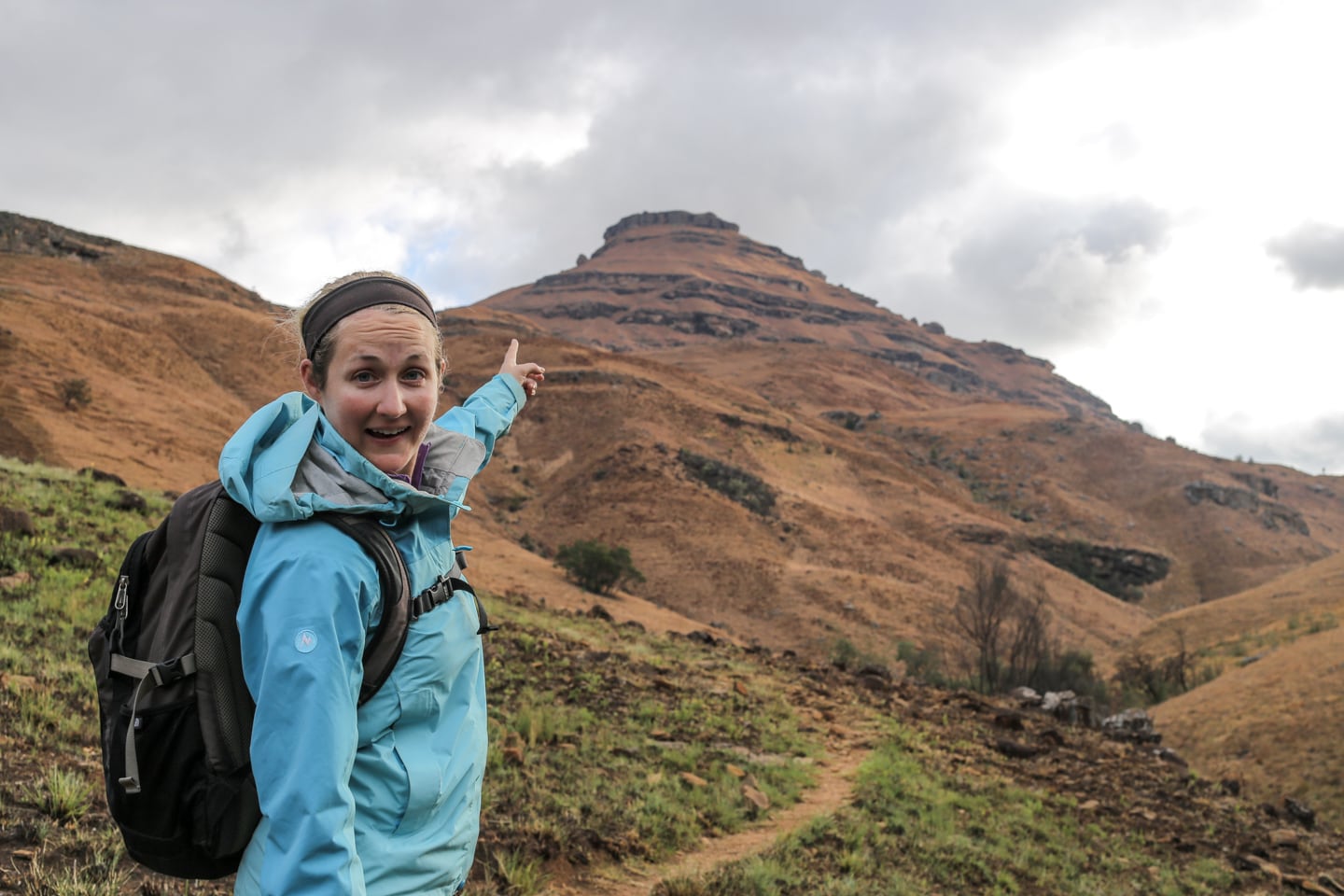 After nearly eight hours of hiking, we had almost reached the road, but not before one more peek at the summit of Ndlovini. 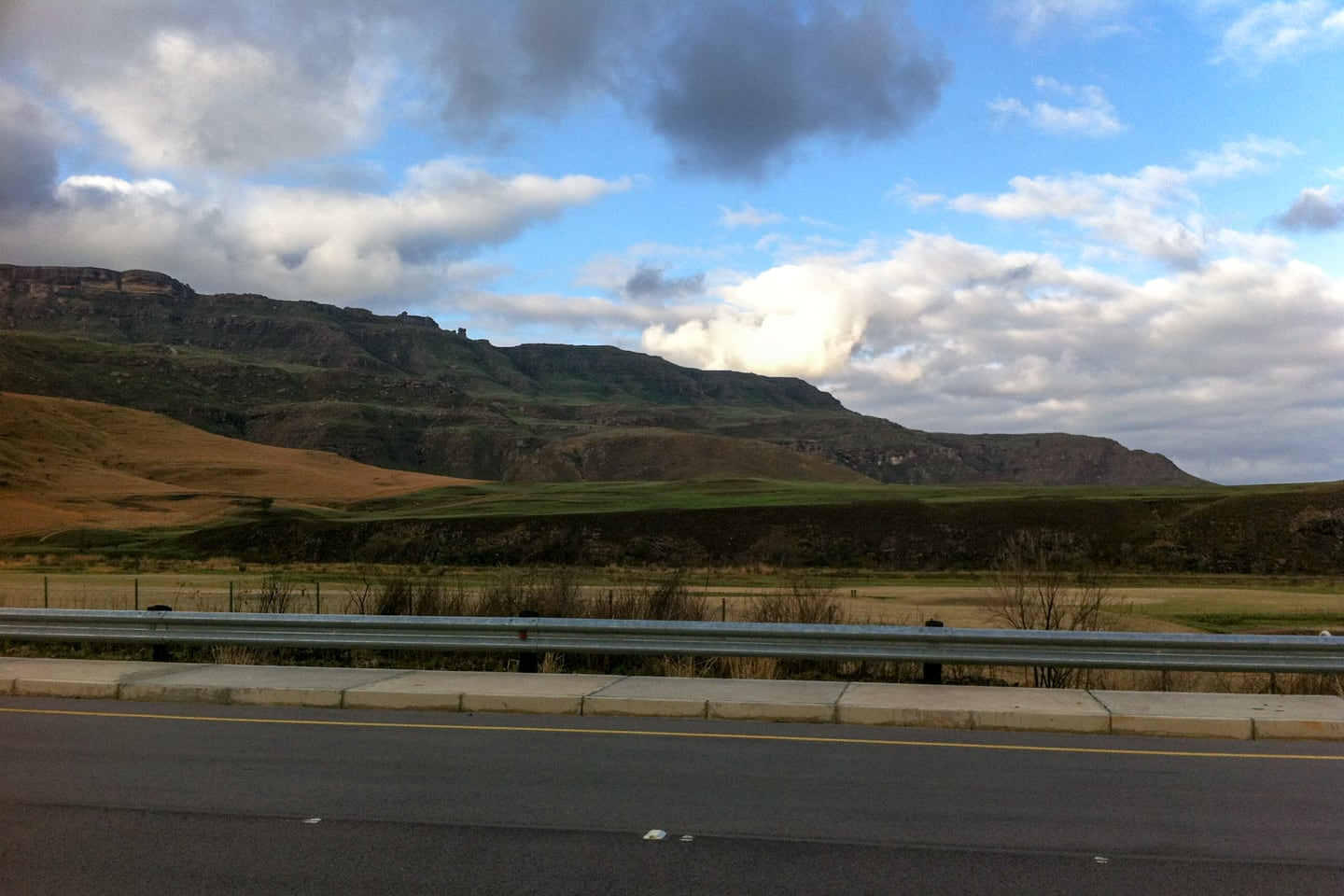 We were so close and yet so far. 2.5 km seems like a very long distance when you’ve already been hiking all day! 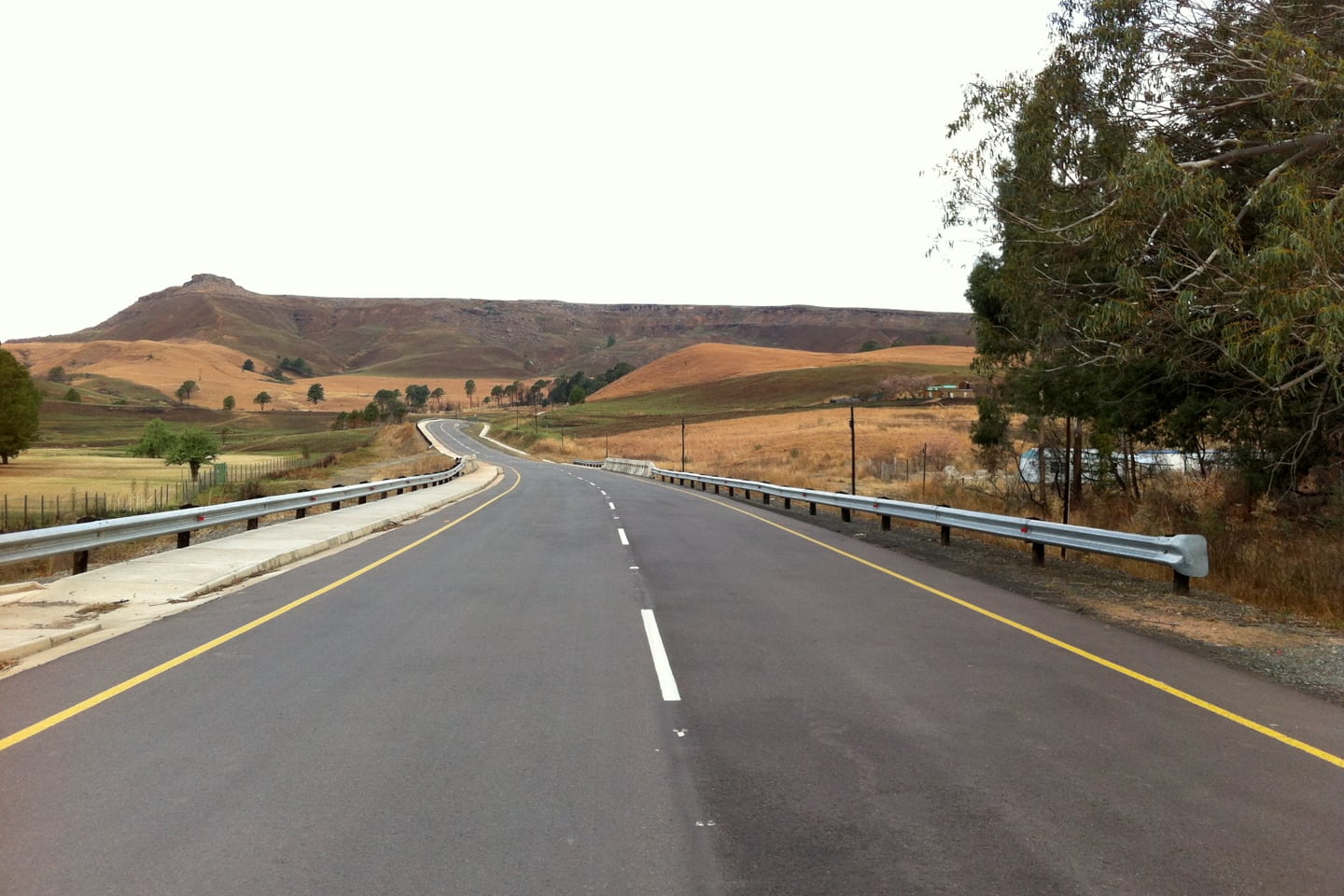 We made it back with time to spare and sore feet — just in time to catch a beautiful sunset.

Sani Lodge has definitely been one of our favorite places to stay on our South Africa road trip so far. A great place to relax and enjoy your surroundings. It has a much more lodgey feel to it than most places we’ve stayed, which is nice because it did get quite chilly during our time their and the wood stove fires and hot tea over at the cafe were very much welcome. The cafe (Giant’s Cup) serves tasty traditional meals at reasonable prices, and the lodge seems to attract a very good mix people from all over — the lodge is NOT a Baz Bus stop, in case you were wondering… 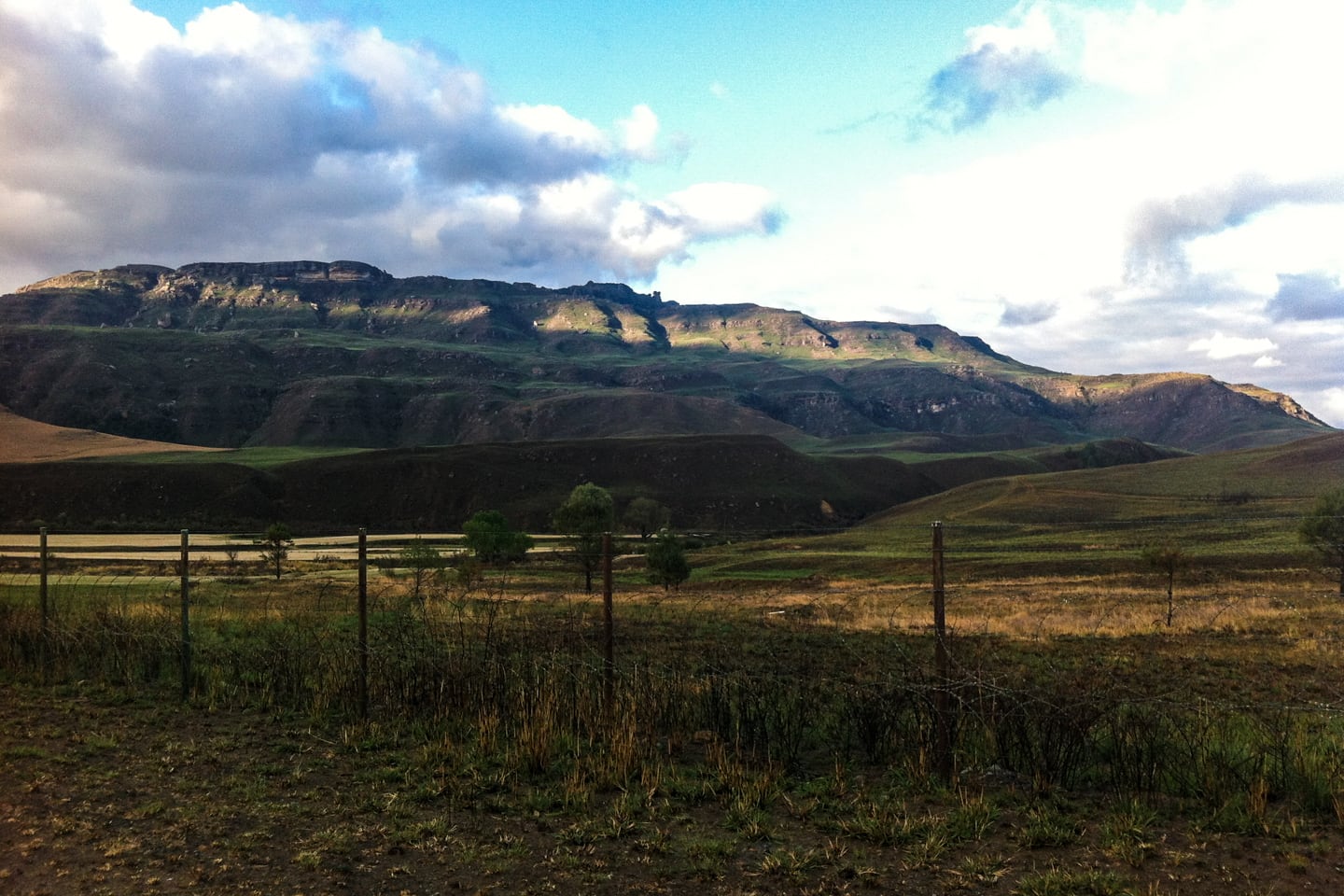 The next morning, we awoke to THIS (below)! Beautiful blue sky, warmth and excellent visibility. We would have kicked ourselves for not waiting an extra day to climb a 7,000-foot high mountain…if we hadn’t already made plans to head up past 10,000 feet…! 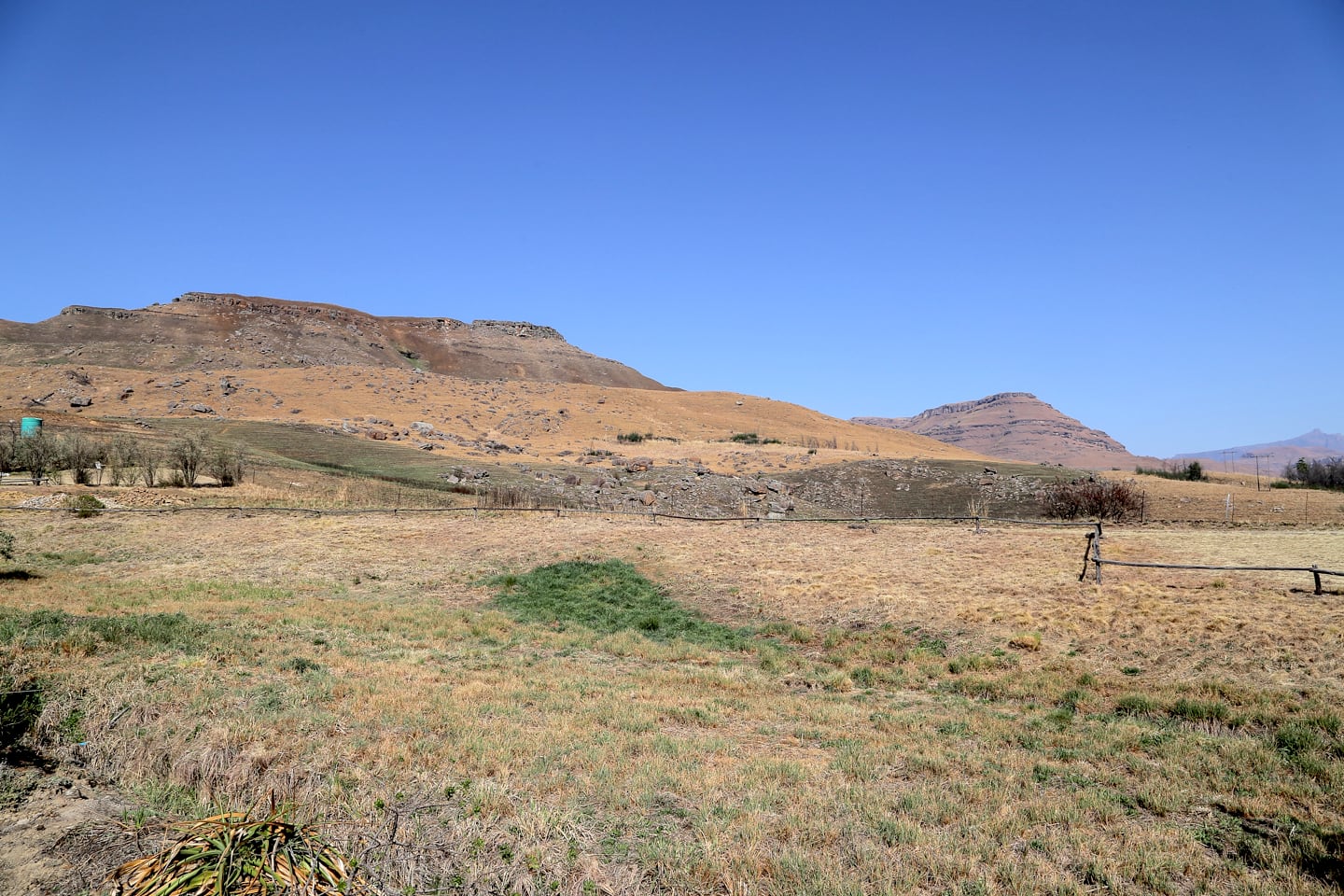 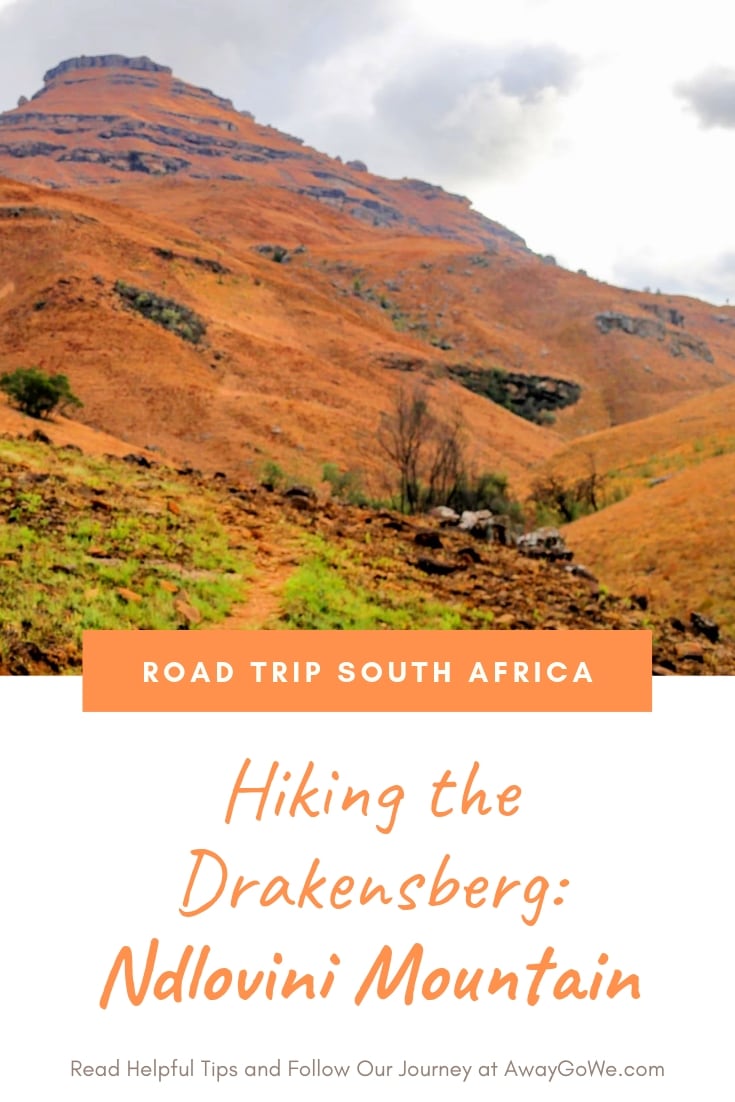