Maputo — capital of Mozambique. It’s great to be back. Our week in Maputo proves an ideal introduction to Mozambique for Lori and reminds me why I always enjoyed visiting this unique place. 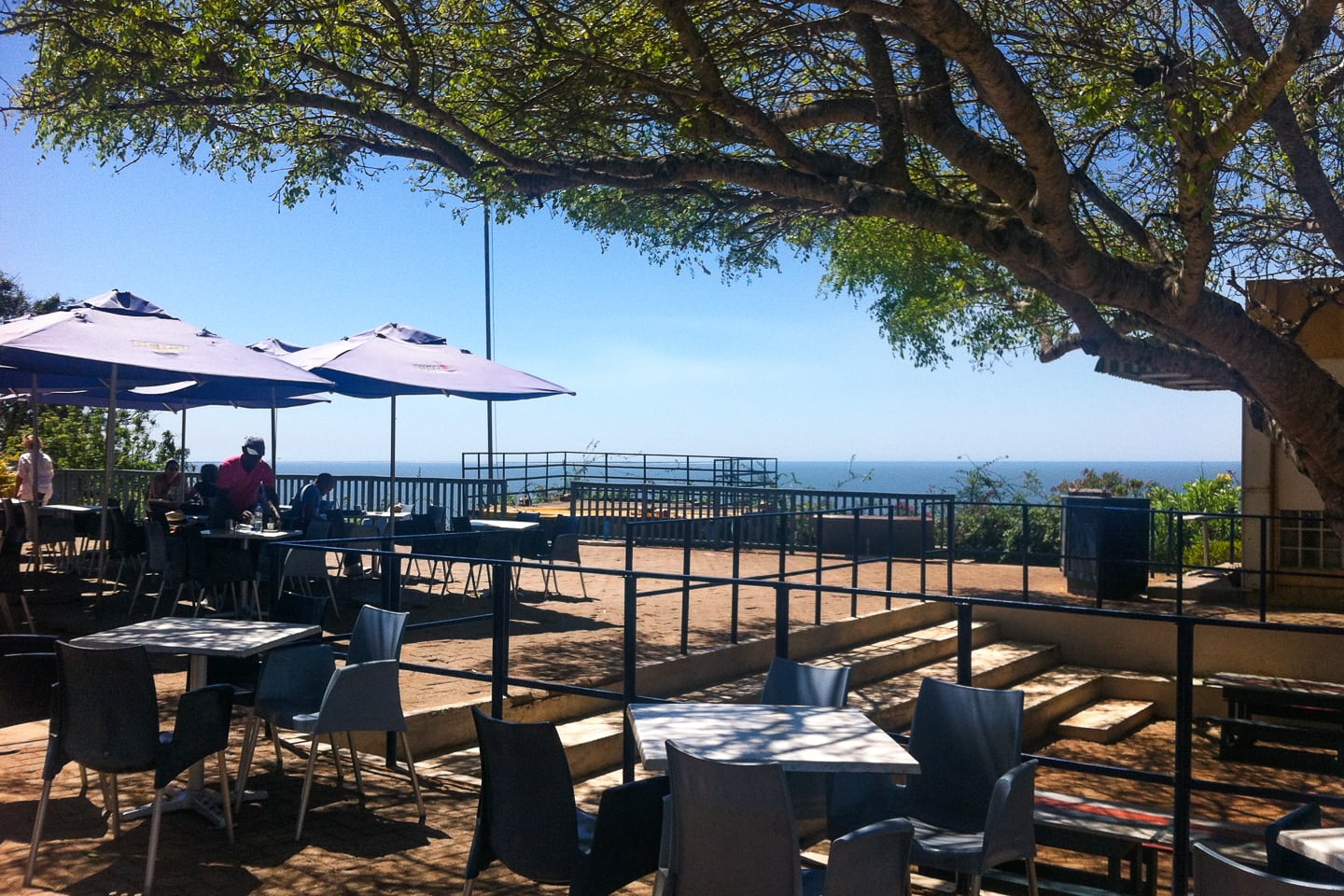 After a month of hit-and-miss weather throughout South Africa (mostly chilly or downright cold with a few pleasant days every now and then), we find ourselves basking in Maputo’s famous Mediterranean climate. We ended up staying for far longer than anyone in their right mind usually would in Maputo — six nights — but I felt it was appropriate given the significance it had once played in my life. Plus, it was a nice cultural change of pace from South Africa and the weather was just about as perfect as it gets.

Our first stop on our first morning was the Surf cafe in the Jardim dos Namorados (Lovers’ Garden). It had been eight years since I set foot in Maputo and had very little idea what to expect. While a few new high-rise condos dotted the skyline, and attempts were actively being pursued to turn Av. 24 de Julho into Maputo’s 5th Avenue, I was happy to see that the city has retained the vast majority of its charm and intrigue and that many of the places I loved visiting were still there. 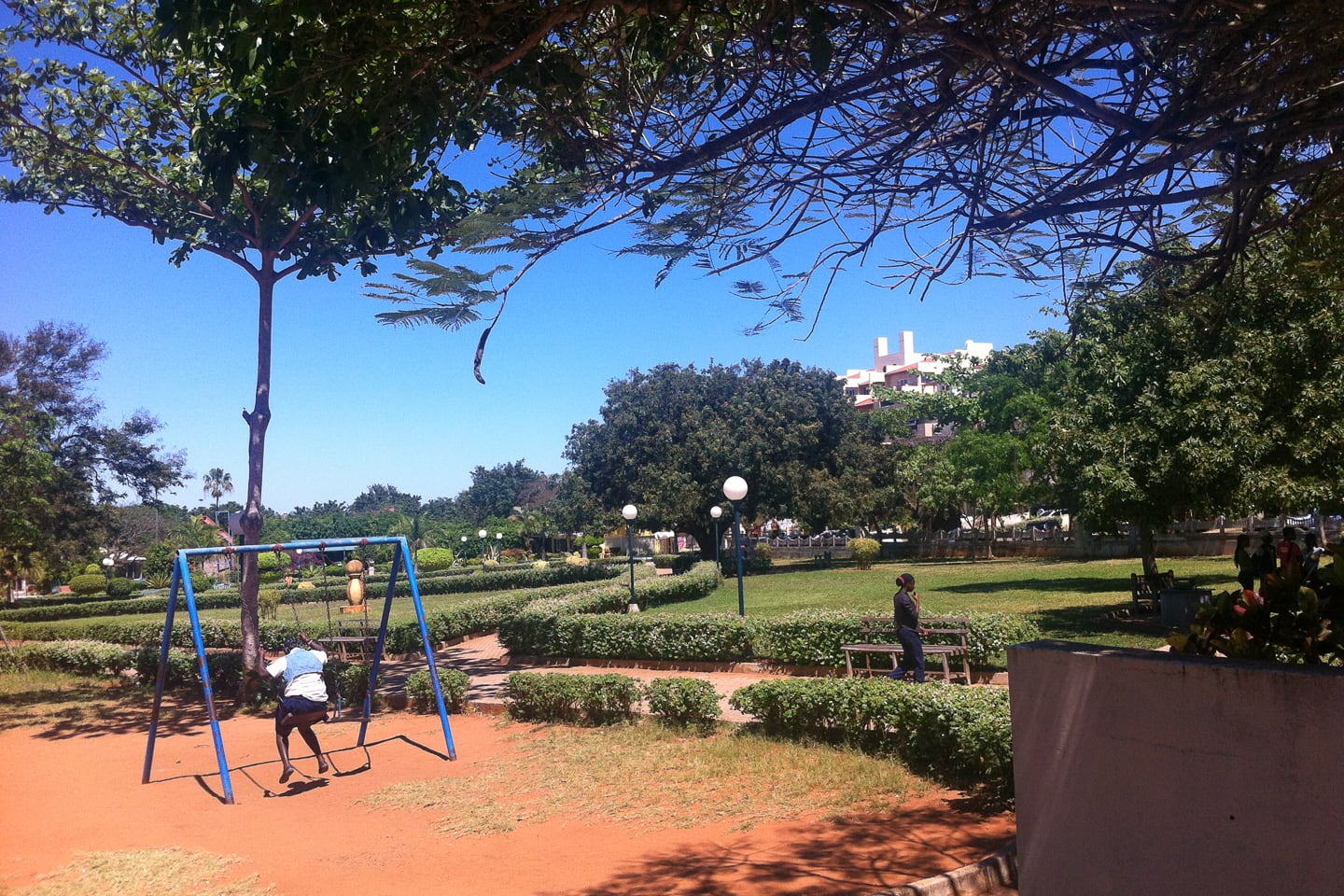 On the first full day of our time in Maputo, we strolled about the city without any particular plan, enjoying the beautiful spring weather. For lunch, we decided to try a new cafe in Somerschield that reportedly had wifi (a rarity in Maputo). Our path led us by the U.S. Embassy and Peace Corps office, both of which I was certain had moved to other locations. Because of this, we almost skipped the Peace Corps office altogether. But we were so close, I thought it was worth it to try and find where the old location was so that Lori could see it. Turns out, the old location is still the current location. Not only that, we were able to go in and see some staff that I hadn’t seen in years. Unfortunately, I missed Custodio and Sergio, two of the Associate Peace Corps Directors whom I spent quite a bit of time with and remember fondly. We had come during the busiest week of the year — a new group of education volunteers had just arrived and were in the middle of orientation and beginning training. 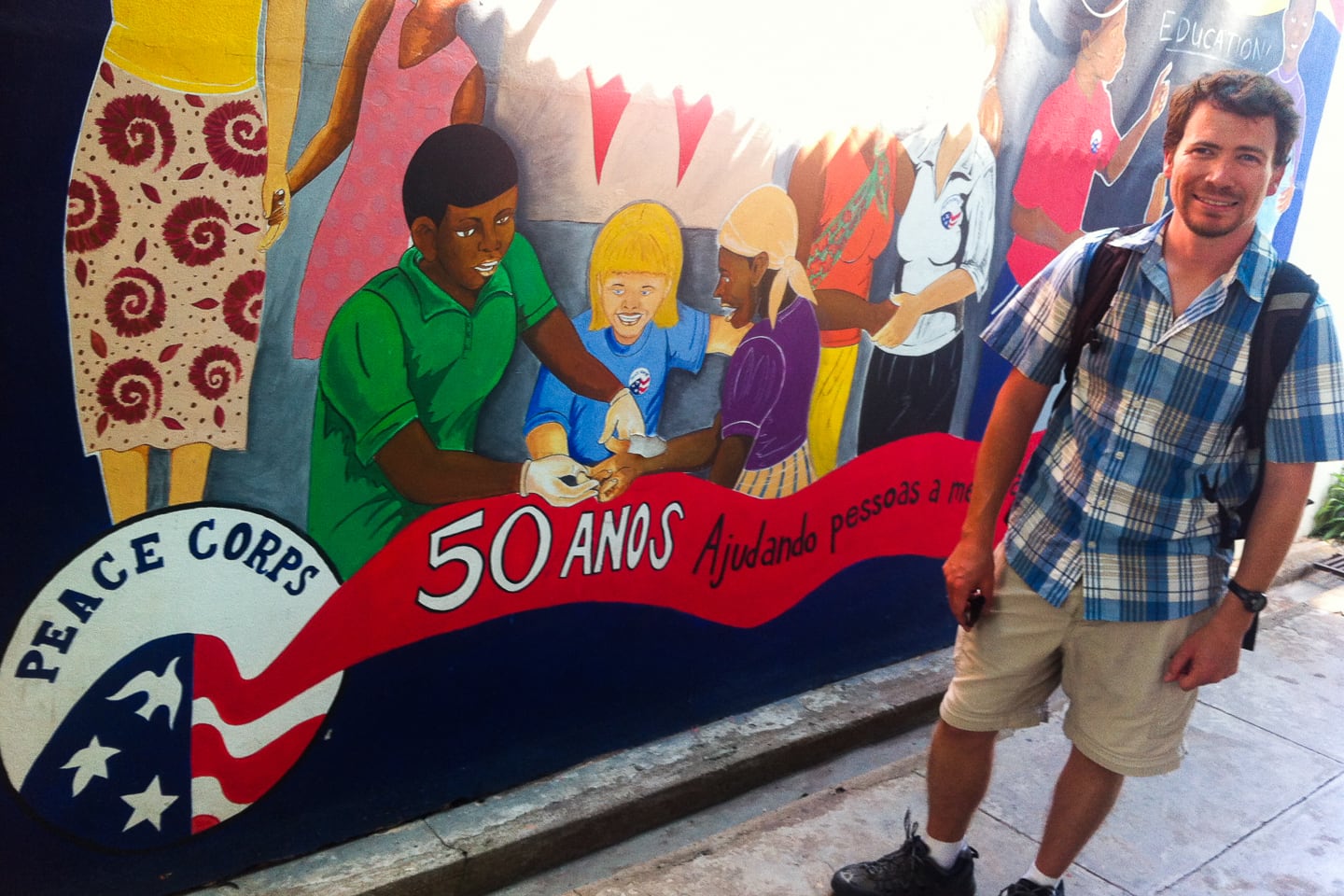 The office looked pretty much the same as I remember and Lori and I got a kick out of seeing the huge wall map of all of the current volunteers and sites. 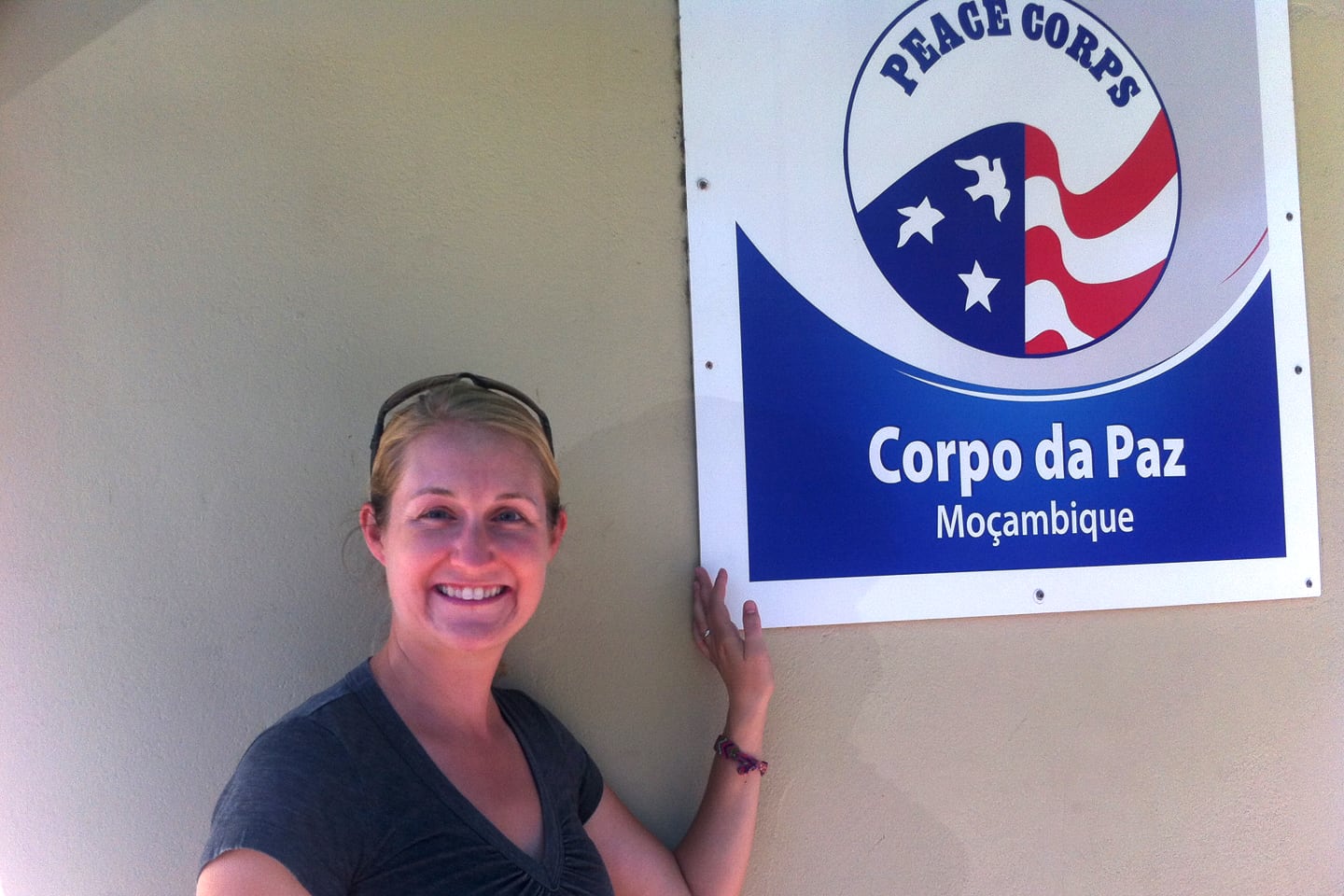 I was actually a little concerned we wouldn’t find the place, as it didn’t used to be marked, and would have walked right passed it if it hadn’t been for an actual sign next to the gate. As we both learned in Mozambique, we’ve certainly taken for granted good signage in the past.

We did eventually make it to Cafe do Sol, which was a surprising bastion of ex-pats of all types, but sadly, no functioning internet. Apparently it kind of works, kind of doesn’t…a reality we’d quickly have to come to terms with in Moz. 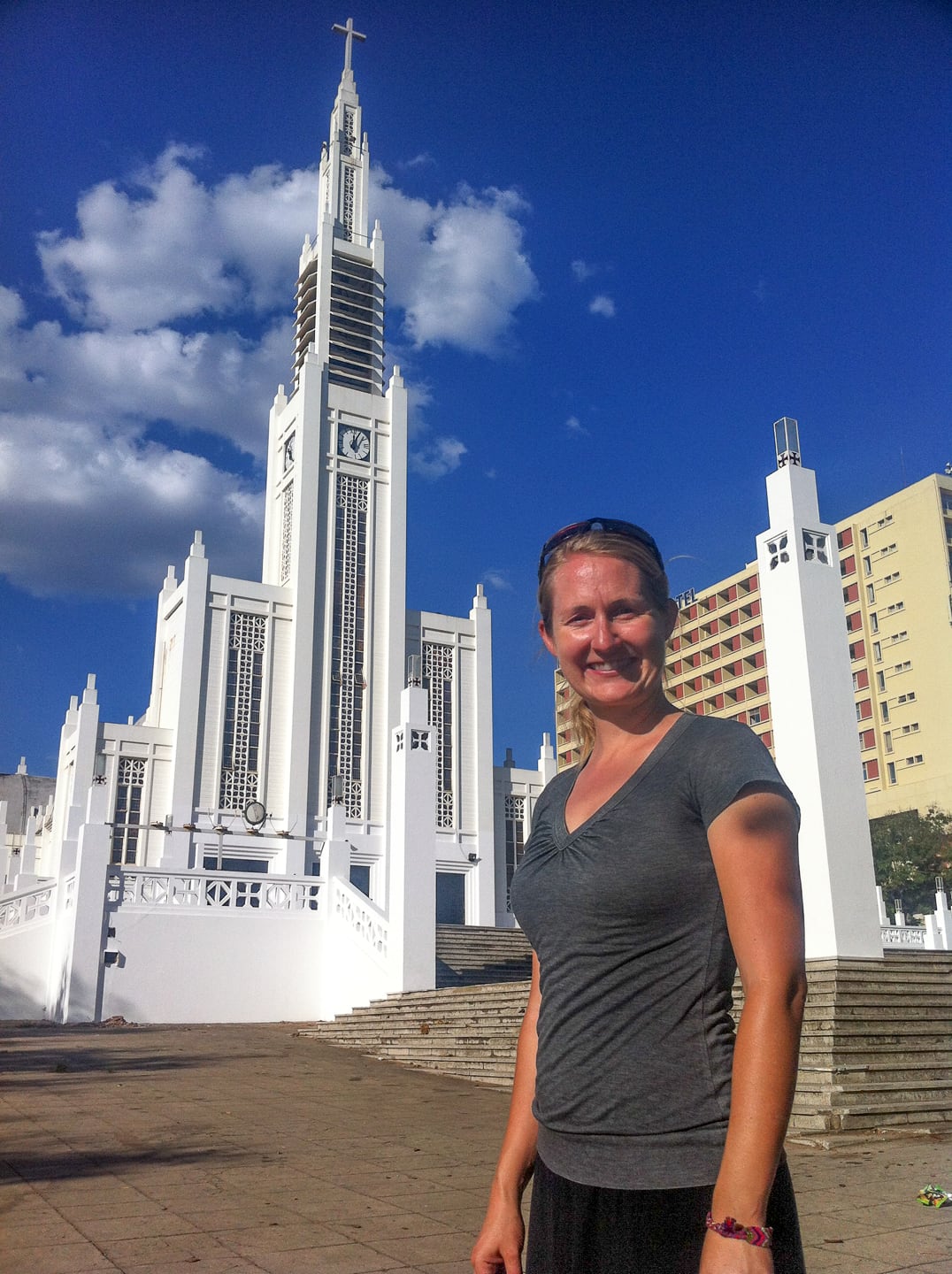 On our way back from Somerschield, Lori got her first ever ride on a chapa (Mozambican shared taxi-van and cultural icon). I had been astounded how nice and new the South African equivalents of the chapa were and was very curious to see if the same held true for Moz — the answer is a big, fat “NO.” Mozambique’s chapas look like they haven’t been replaced since the day I left, which is saying something considering they looked like they were overdo for replacement a decade ago. That’s Mozambique for you, I guess.

In the afternoon, we headed down to the Baixa (downtown) to walk around and see what we could see. All the old tourist stops were there: The Portuguese cathedral constructed by slave-virgins (above)… 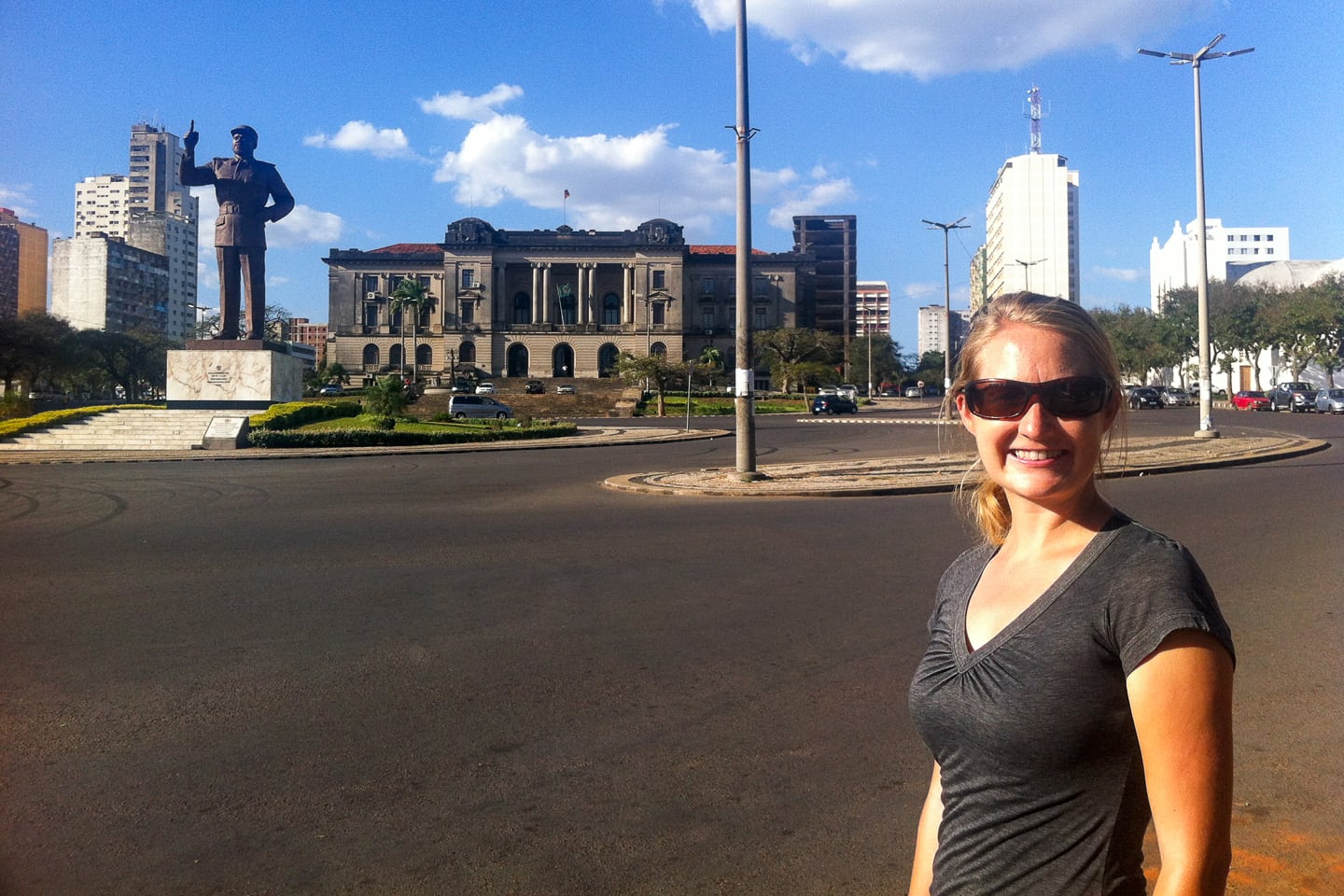 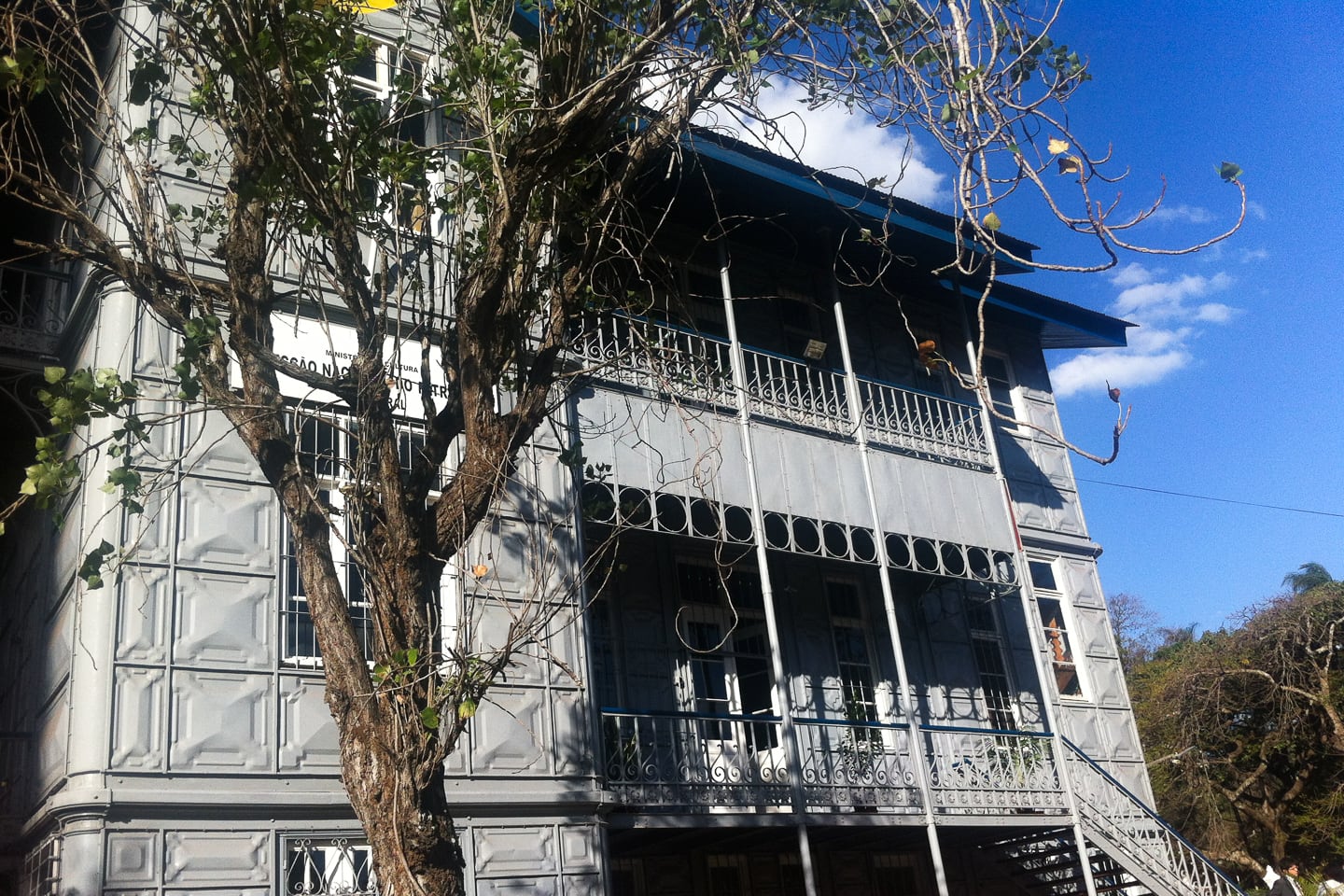 …and of course, who can’t forget the Casa de Ferro (Iron House), designed by Eifel (of Eifel Tower fame) and completely and utterly uninhabitable, because, you know…it’s A HOUSE MADE ENTIRELY OF IRON IN AFRICA. 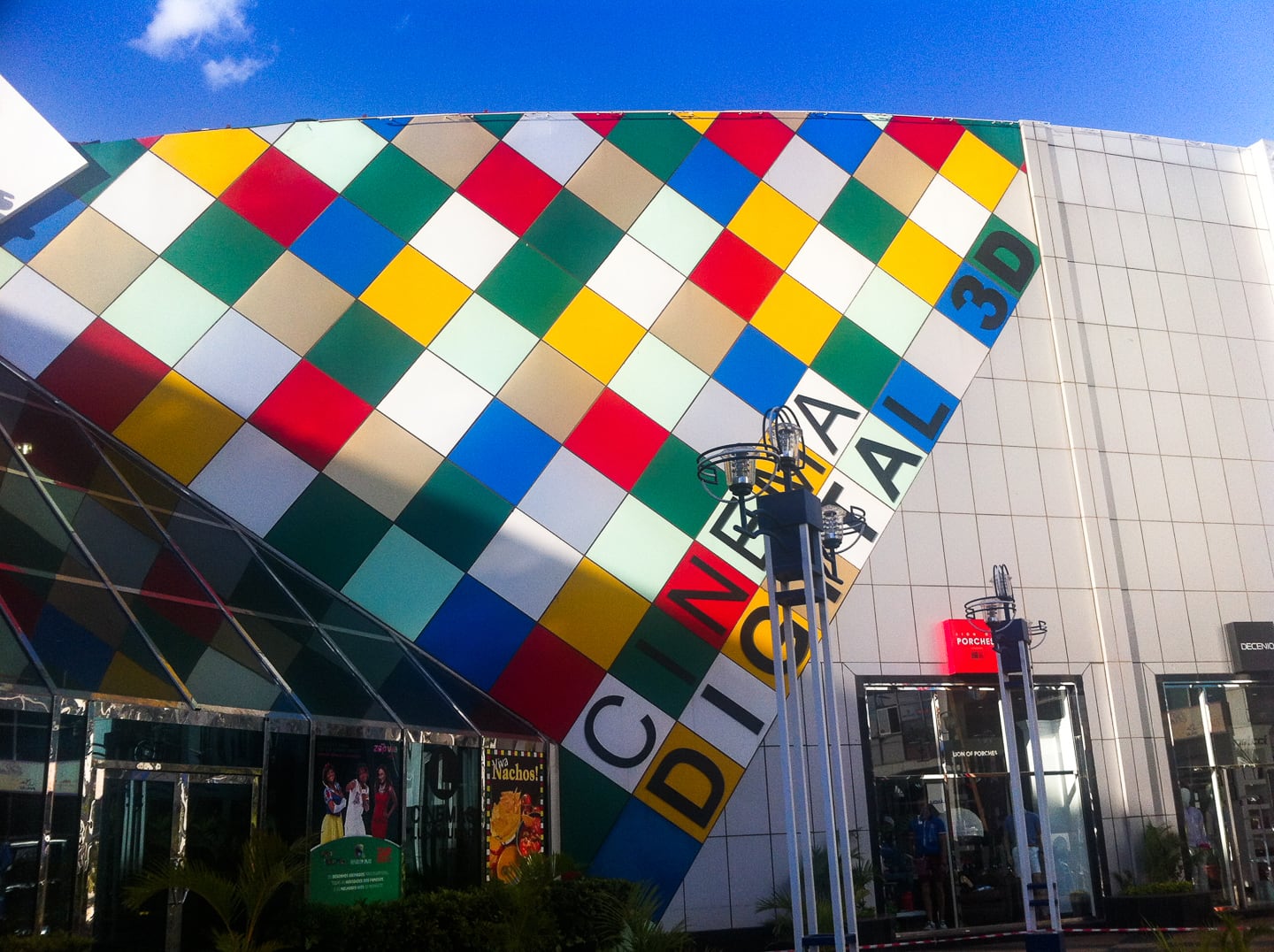 At some point, we found ourselves at this incredibly odd shopping center that was being built when I left. While most of the shops are occupied, it seems to have a whole lotta nothin — really, same type of store after same type of store. Lori and I were bored the second we set foot in it. But the food court in the rear was interesting. Most interesting, potentially, was the digital cinema attached to the mall. Eight years ago, I would go to Gil Vicente, an old movie theater in the heart of Maputo that played new releases from the U.S. (with Portuguese subtitles). It was great — best of all, it was very cheap, maybe a US buck at most? And often, I’d be the only one in this huge, old-fashioned movie theater. Needless to say, I wasn’t surprised to see that it had not made it in the intervening time, but I was surprised to see that tickets at this new cinema were well over US$12 a person! I couldn’t help but wonder who actually goes here. I suppose ex-pats getting paid European wages, but I had a hard time believing there were enough of those in Maputo to sustain this enterprise. The great thing about Gil Vicente was that, even if Mozambicans rarely went to the movies, it was somewhat accessible to them. This new place certainly is not accessible to anybody but the upper crust of Maputo society, which is quite sad. We’ll see how it’s doing in another eight years, I guess… 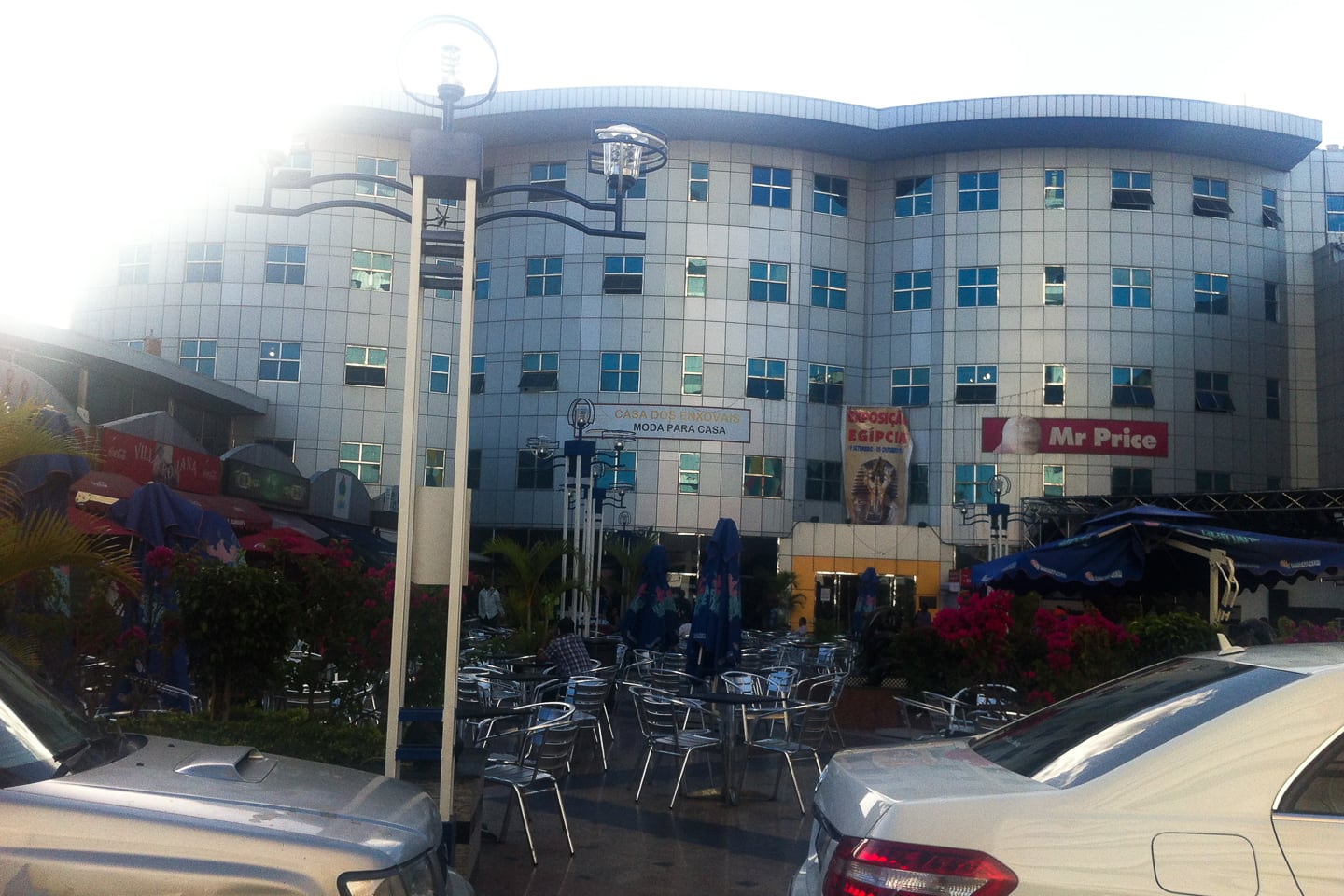 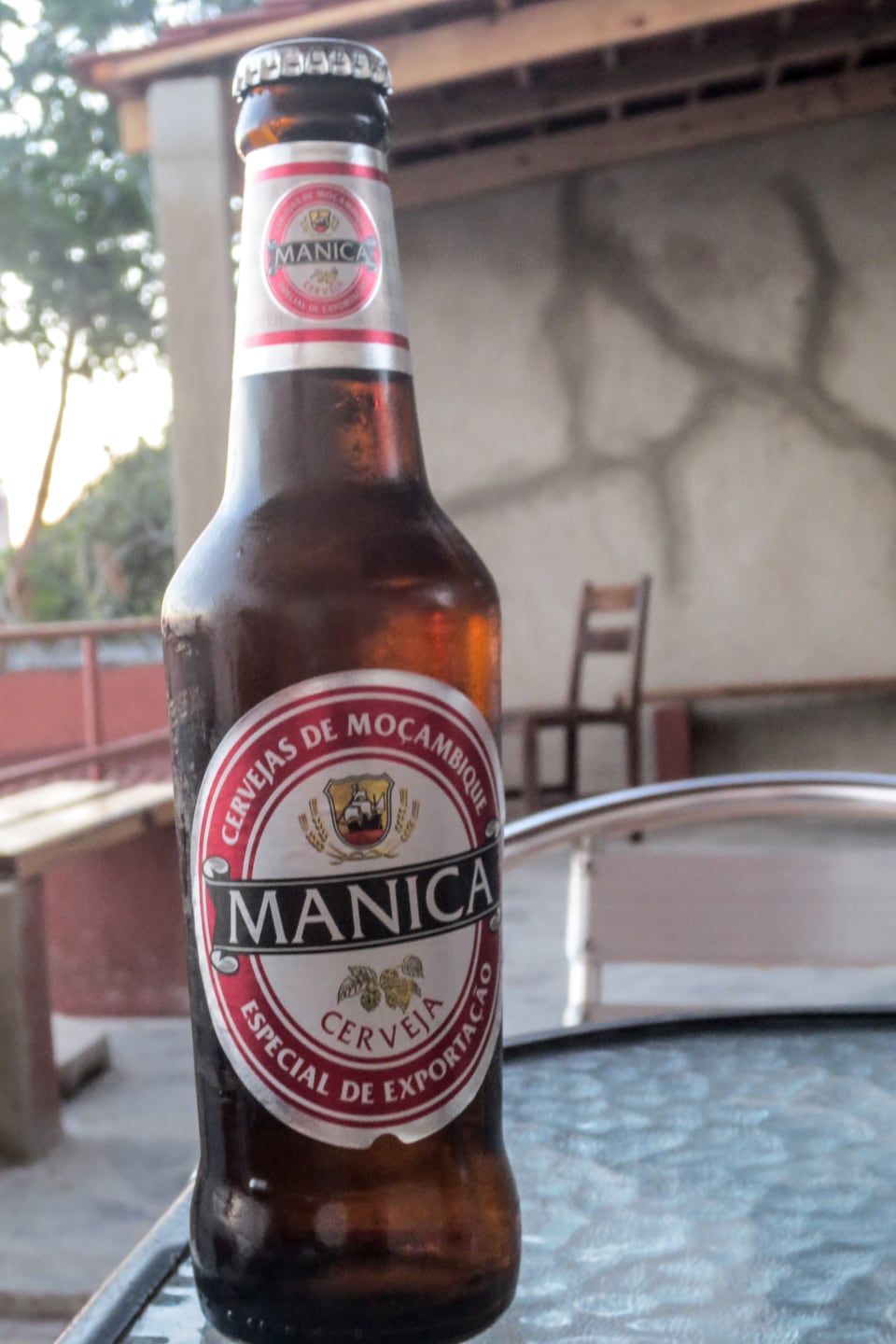 We stayed six nights at the Base Backpackers right on the embankment overlooking the Baixa, a few blocks south of Av. 24 de Julho. When I wasn’t being put up at the now defunct Hotel Africa II by Peace Corps, I was kickin’ it at this place, largely because the price was right (back then, about US$8 for a dorm bed), but also because of its central location and social atmosphere. When my sister came out from the States to visit, we stayed here as well. Overall, I had very fond memories of the place and thought it would be nice to park ourselves there during our week in Maputo. It turned out to be the right decision. This time around, we paid about US$39 for a private room (shared bathroom), which is about as cheap as it gets in Maputo, within reason. Maputo is not a cheap place to visit (or live in) by any measure. In some ways, it’s more expensive than DC! 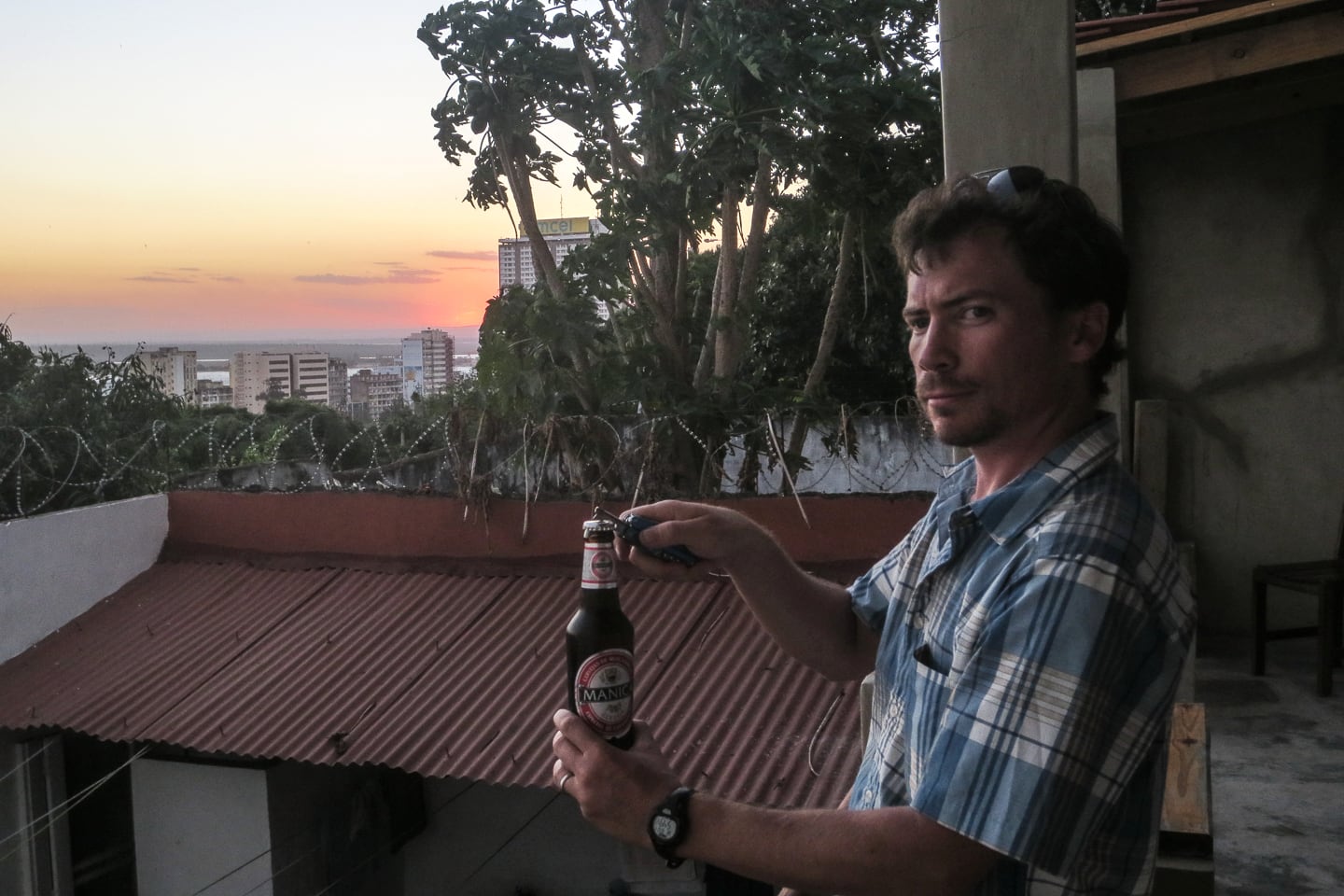 In the past, the Base had a little bar and fridge from which you could buy ice cold beers. It seems they have discontinued this practice, so we got ours from a small package store down the street and cracked a few open every night around sunset. Oh, and by the way, their back deck is a phenomenal place to catch the sunset. 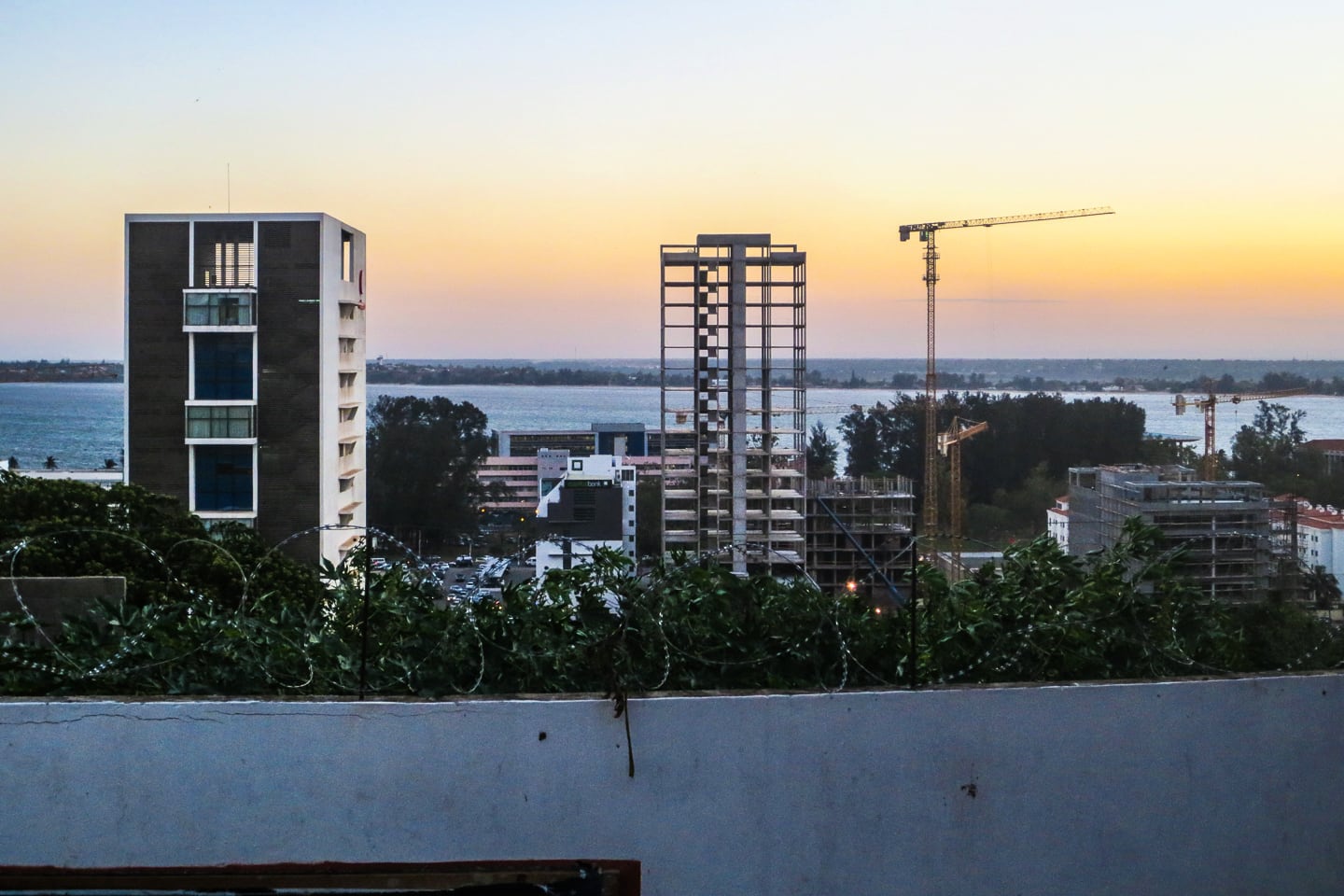 From the back deck, you could watch the future of Maputo rising into the air. Most of the skeletons of high-rises that had been around since the 70s have been either completed or demolished, which is a big step forward in Maputo — and it was exciting to see new (active!) construction nearly everywhere you went. Hard to say whether it’s just Chinese investment or something like that, but the work seemed to be employing many Mozambicans, and doubtless, locals will need to be hired to operate and maintain these structures. It’ll be interesting to see how sustainable the building boom is into the future. 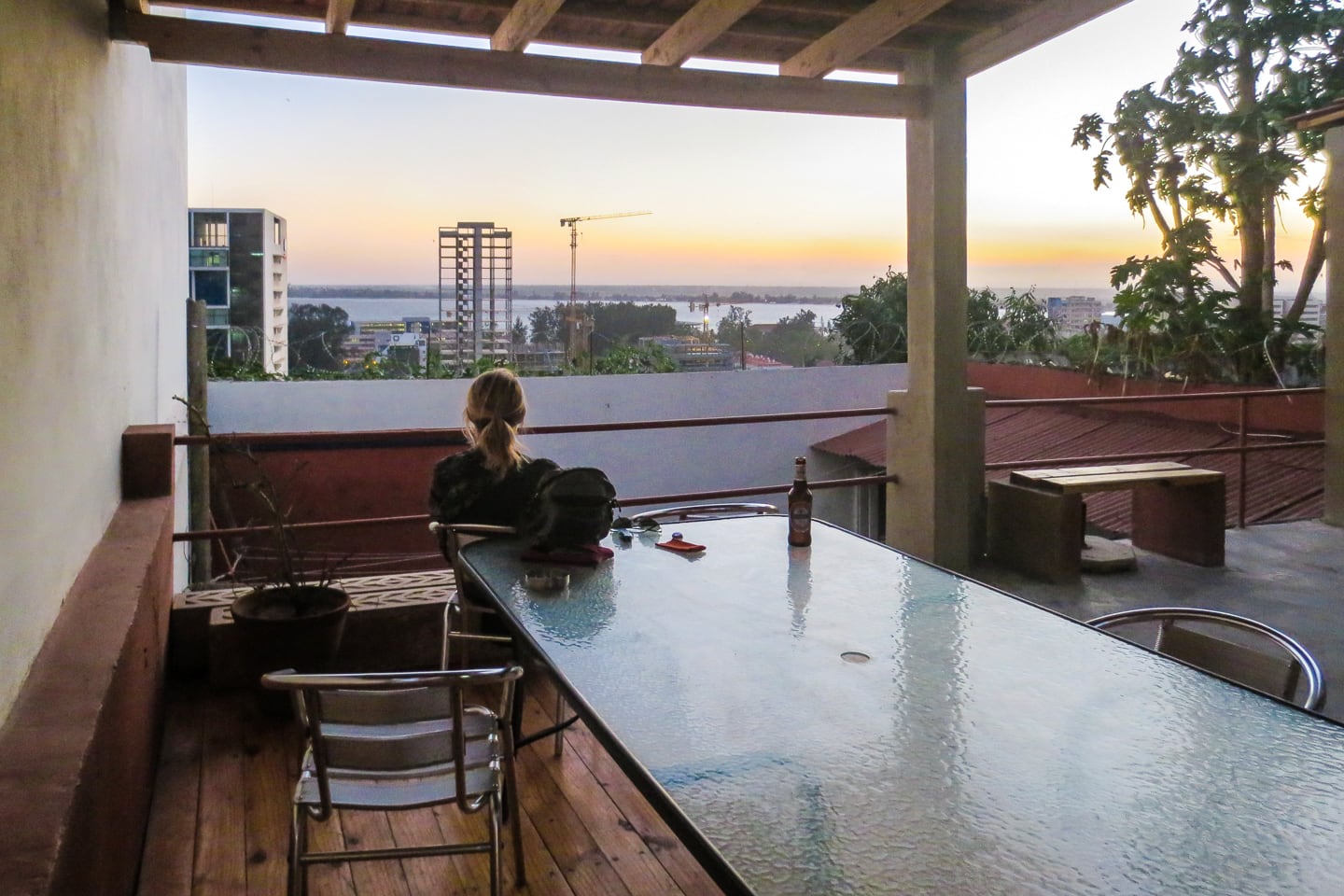 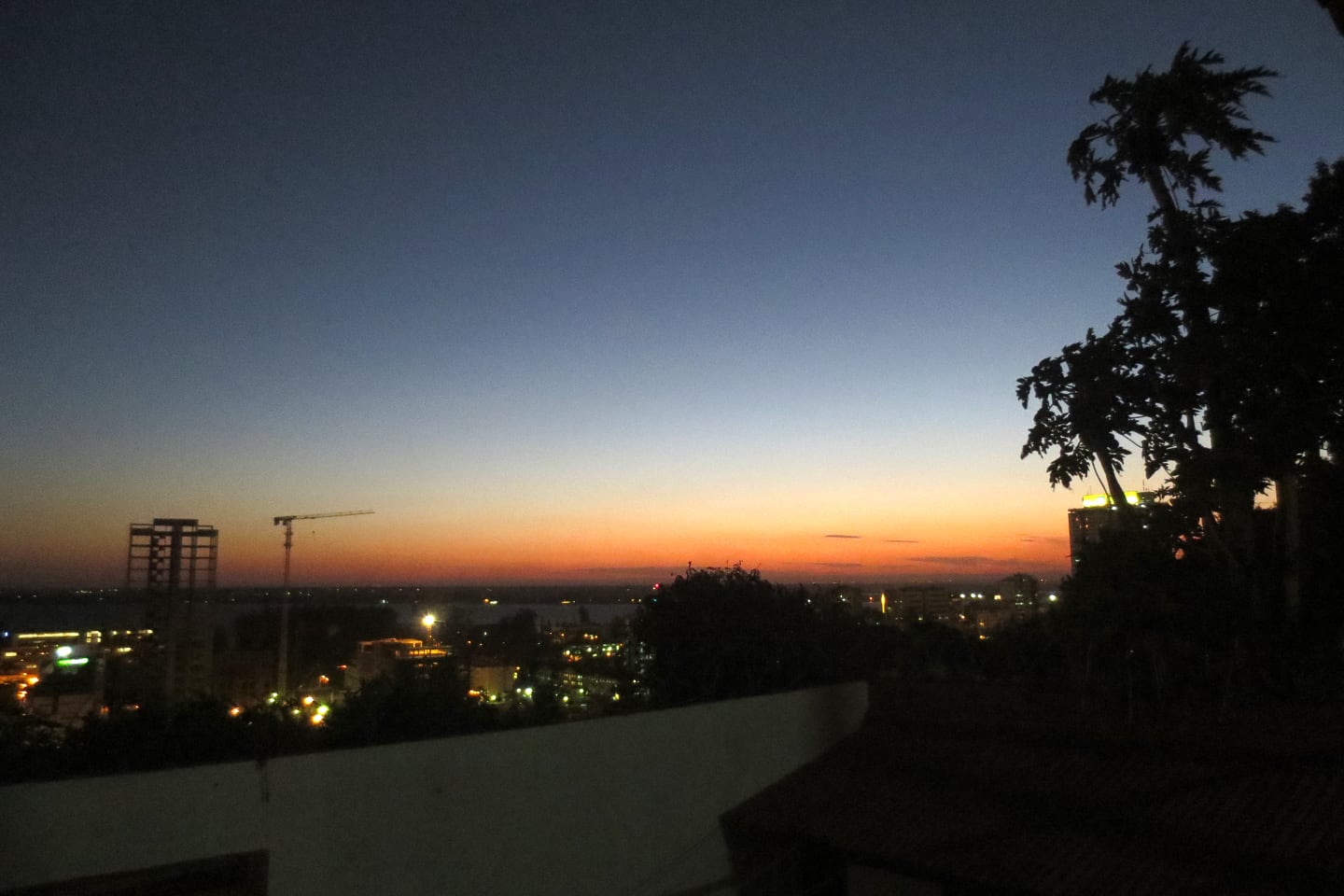 Thank you once again, interesting and
informative, as always !!! GM 🙂

Lots of interesting info once again.