Both maddeningly beautiful, and apocalyptic and terrifying (how?), the Chinese landscape screams by our bullet train window at 150mph. After months of preparation, the big trip has finally begun. First stop, China!

Half maddeningly beautiful, half apocalyptic and terrifying, the Chinese landscape screams by my train window at 200 MPH through an impossibly opaque “fog”. When we left Suzhou just hours earlier the mercury was quickly approaching the century mark with 90% humidity. We were standing beneath a deceiving blue sky harboring an unforgiving sun trying to flag a “green top” taxi, but only seeing red. Now, I’m sitting in air-conditioned comfort gliding along effortlessly at breakneck speed trying to collect my thoughts regarding our first week in China.

Like our transport, weather, and the changing scenery over the past few hours, China oozes contradiction. There is much to try to reconcile in one’s head here, and much to contemplate, for China is also a land of extremes and superlatives.

=> For an overview of our 6-month backpacking trip read: Our Six Month Asia Honeymoon Backpacking Adventure 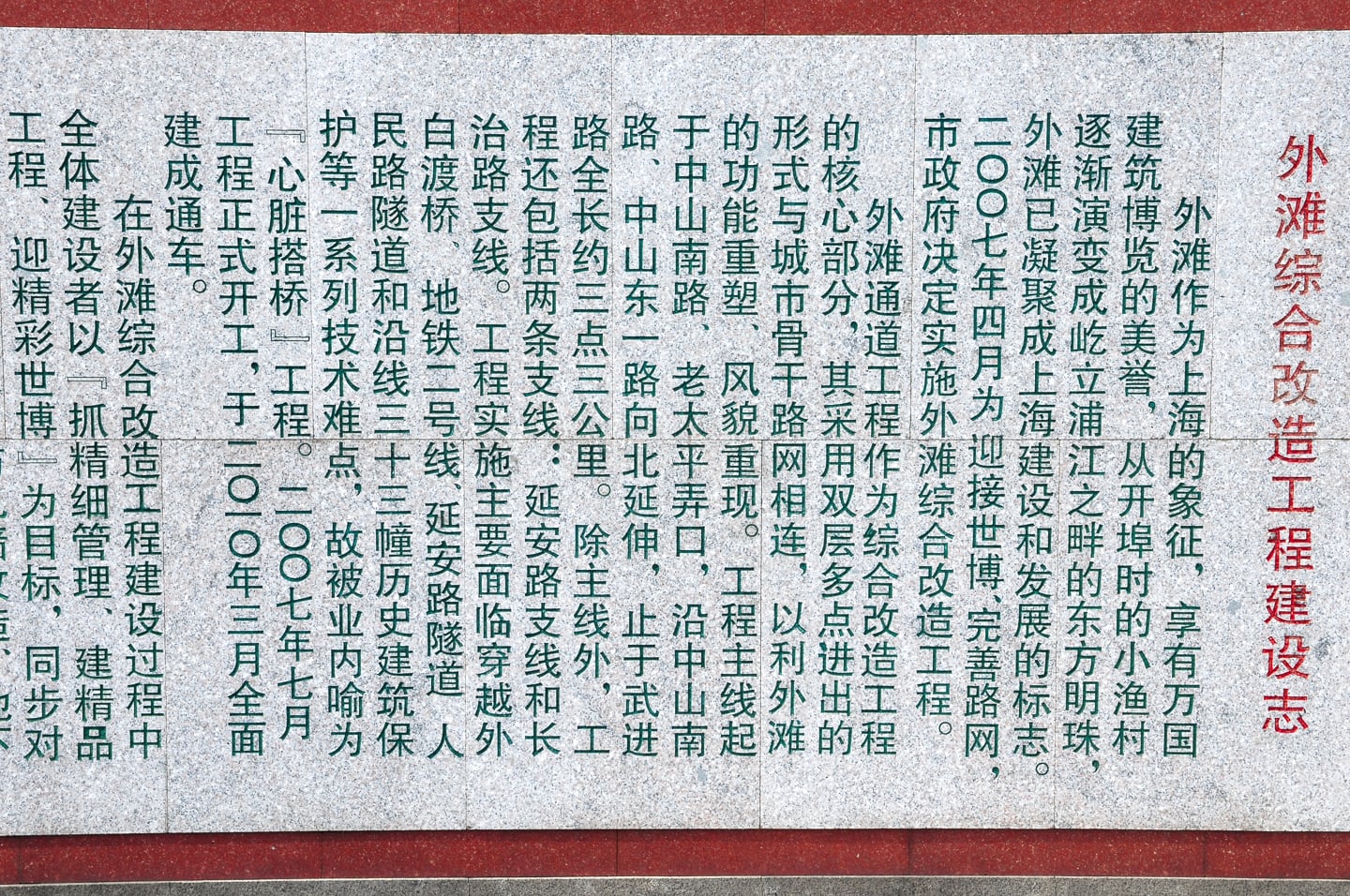 Some interesting factoids to get you started:

♦ China is the world’s most populous country, with 1.3 billion people. Nearly one out of every five humans on earth lives in China.

♦ China is the world’s fastest growing economy with an annual average growth rate of 9.5% or more for 28 consecutive years.

♦ China overtook Japan as the the world’s second-largest economy in 2010 (faster than most economists predicted).

♦ China currently exports more than a trillion dollars worth of goods annually and will soon account for 50% of the world’s trade.

♦ Three quarters of the world’s tall construction cranes are in China.

♦ China’s estimated 200 million migrants who left the fields for cities in recent years represent the largest human migration in history.

♦ China has the highest number mobile phones in the world – almost 800 million active phones and rising rapidly (compared to #3 US with 285m phones).

♦ China is currently the second-biggest market globally for computers and largest market for automobiles.

Six days in and China has yet to fail to surprise and amaze. It’s certainly like nowhere Lori and I have ever been. Three weeks remain for this leg of our journey and lots yet to see and do. So far we’ve spent four nights in Shanghai and two in the canal town of Suzhou. The tentative schedule from here has us climbing Tai’shan mountain next, then onto Beijing for four nights, followed by a couple of nights in the ancient walled-city of Pingyao, possibly a stop in Xi’an to see the famous Terracotta Warriors, Chengdu for some panda and Sechuan-style cooking, finally arriving in Yunan province to spend some time exploring Tiger Leaping Gorge with a flight out of Kunming to Kolkata (Calcutta, India) at the end of the month.

We originally intended the trip to be a fly-by-the-seat-of-our-pants experience, but in China we’re finding that doing so will not be as realistic as we had hoped. Already we have found that booking anything but the very fasted and most expensive bullet trains (China has three speeds of bullet train ranging from 120-200mph+) has to be done several days in advance. Sleepers are a whole other story. We’ve also found that many of the best value hostels also have been filling up fast, and our very, very limited ability to verbally communicate with anyone makes shopping around for a place to stay on arrival extremely challenging.

Perhaps needless to say, it’s been quite an adventure figuring out everything in this strange, frustrating, mysterious and exciting place, but it’s a big part of why we travel, and on the whole we’re enjoying it.

What an adventure! I appreciate all the detailed insights and the fabulous photos.